A Confederate General and His Slave

Kevin M. Levin teaches history at Gann Academy near Boston. He is the author of Remembering the Battle of the Crater: War as Murder (2012) and is currently at work on a book about the history of Confederate camp servants and the myth of the black Confederate soldier. He can be found online at Civil War Memory. 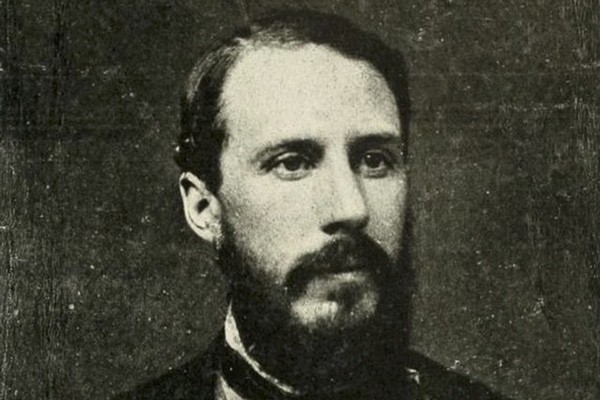 The Confederate rank and file said goodbye to many things in and around Appomattox Court House in the days following the surrender of Robert E. Lee's Army of Northern Virginia on April 9, 1865. Three days following the formal surrender Lee's men were separated from the weapons they carried over the previous four years through Virginia, Maryland and Pennsylvania. The stacking of arms was the first stage in a painful realization that the cause for which they fought and sacrificed so much for was beyond reach. But of all the separations that took place, the most difficult were the final farewells amongst friends and comrades that took place either at Appomattox or along the roads those groups of men followed until each crossroads gradually brought each individual to a final destination.

For Brigadier General Edward Porter Alexander, who served as Lee's Chief of Artillery, his personal goodbyes included a young man by the name of Charley. Before parting Alexander handed Charley a ten dollar gold piece that he had purchased with $700 in Confederate script. The exchange isn't all that interesting, but for the fact that Charley was Alexander's slave or camp servant. Writing decades after the war in a private journal intended for his grandchildren, Alexander acknowledged Charley's presence in camp in numerous places, though it was a relationship that he never fully described--and perhaps one that he never completely understood.

Charley joined thousands of fellow slaves who were forced to follow their masters - or, more likely, their sons - to war beginning in the spring of 1861. On one level the presence of body servants reflected the need to mobilize as much of the southern population as possible against an enemy whose materiel and human resources seemed limitless. The mobilization of camp servants fit within the much broader Confederate process that impressed tens of thousands of free and enslaved blacks into work on various military-related projects such as earthworks construction and road maintenance. Yet in contrast with other, impersonal uses of black labor, personal servants occupied a unique place in a slave society now at war. Camp servants shared the hardships of life away from home with their owners and even reinforced long-standing assumptions about the morality of slavery itself.

The first meeting between the two took place some time during the winter lull of 1861 - 1862. Alexander purchased a horse along with Charley - both of which he describes as "appendages" - after receiving two promotions. The first was a “a very pretty bay mare with a roan spot on one hip,” and the second was “a 15 year old darkey,” whom he described as “a medium tall & slender, ginger-cake colored, & well behaved & good dispositioned boy.” The mere physical description of both leaves one to wonder whether Alexander acknowledged any difference between the two.

In addition to ensuring that Alexander’s quarters were kept clean, servants such as Charley washed his master’s clothes, prepared his food, brushed his uniforms, polished his swords and buckles, ran errands, foraged and tended his horse. While on the march Charley likely would have been responsible for transporting Alexander’s personal baggage as well as accoutrements of headquarters. Although Alexander makes no mention of it, Charley may have experienced the battlefield as a courier and may even have assisted an artillery battery under his owner’s command.

By the time of his purchase, Alexander was a rising star in the Confederate artillery, serving as chief of ordinance under Lee. By the end of 1862 Alexander had attained the rank of colonel and was in command of his own battalion in General James Longstreet's First Corps. In February 1864 he was promoted to brigadier general - one of only three officers to attain that rank in the artillery branch. Alexander is best known for directing the artillery barrage on July 3, 1863 at Gettysburg that preceded "Pickett's Charge." Charley followed Alexander through every major campaign in the eastern theatre, including the Seven Days, Antietam, Fredericksburg, Chancellorsville, Gettysburg, Petersburg, and finally Appomattox Court House.

The master-slave relationship at war was complicated owing to the exigencies of life in camp, on the march and the battlefield. It depended on masters such as Alexander to set the boundaries of the relationship even as their camp servants pushed back for increased privileges. Many servants enjoyed free time to earn extra money by doing odd jobs for other officers and enlisted men. Some of these men managed to purchase their own uniforms with the money earned, even as their owners maintained a watchful eye to ensure that such actions did not threaten the master-slave relationship. It is unlikely that Charley enjoyed much personal time given the responsibilities of Alexander's position.

What is clear is that Alexander extended some amount of trust to Charley. At the end of December 1862 Charley was given permission to visit Lee's headquarters to "catch the general for Christmas gift." He returned with a dollar bill. It is unknown how long Charley was gone for and it is likely that he spent a good deal of time out from under Alexander's direct view, but with the Union army opposite Fredericksburg, he would have had an opportunity to escape as did many other camp servants by the middle of the war. It is difficult to speculate as to why Charley never followed other camp servants to freedom. Many slaves in the army had loved ones back home and life outside of slavery in a Union camp included its own hardships

Regardless of the trust and privileges extended to camp servants, eventually some form of discipline was necessary. While soldiers in the ranks were disciplined to maintain order within a complex hierarchy, officers disciplined their servants as a reminder of their absolute authority. Alexander recalled giving Charley “a little licking but twice—once for robbing a pear tree in the garden of the Keach house, in which we were staying on the outskirts of Richmond below Rocketts, & once in Pa. just before Gettysburg, for stealing apple-brandy & getting tight on it.” It is impossible to know whether Charley considered his punishment a “little licking.” The ability to discipline a servant not only ensured continued compliance to certain expectations, but also likely reflected the servant's willingness to challenge those set boundaries. A whipping or "licking" constituted the most direct way to reset the master-slave relationship.

It is impossible to know how much of the battlefield Charley experienced during the war. Regardless of what he did, including the firing of a weapon at the enemy would have been carried out as a slave and not as a soldier. Alexander did recall a moment during the battle of Chancellorsville when Charley got caught up in a particularly dangerous moment. While riding a horse toward Alexander's position to deliver news and food, "there came the crash of a volley of musketry." According to Alexander, "Charley disappeared in the direction from which he came so fast that nothing but a bullet could have caught him." Why Alexander chose to recall this particular moment cannot be known for certain, but it is likely that the experience of seeing his slave ride away in fear reinforced his own sense of honor as a white Southerner.

As the signatures were affixed to the surrender documents in Wilmer McLean's parlor room at Appomattox, Alexander shared with Charley that he was planning to offer his services to the slaveowning nation of Brazil in its war against Paraguay. Alexander recalled that Charley, "was very anxious to accompany me; & would have gone anywhere on earth."

At the time of Charley's purchase Alexander set up an account in Richmond that his owner could withdraw from. For reasons unknown no withdrawals were made. It was this money that Alexander finally exchanged for the ten dollar gold piece that was given to Charley. Alexander never traveled to Brazil. By April 14 he was in Washington, D.C., the same day that President Lincoln was assassinated at Ford's Theater. He arrived without Charley.

Close to four years of close interaction must have generated strong bonds of affection between the two, but we must never lose sight of the fact that whatever emotional connections existed they did so within a strictly defined master-slave relationship. Regardless of the relationship forged between the two, Confederate defeat meant that Charley now had the freedom to build relationships on his own terms and for his own benefit. It is comforting to imagine Charley walking one of the roads away from Appomattox holding tightly to his gold piece and embracing his first moments as a free man who survived war and slavery.