The Horrific Unintended Consequence of Doolittle’s Courageous Raid on Tokyo

James M. Scott is the author of a new book on the Doolittle Raid, “Target Tokyo,” released this month by W.W. Norton. 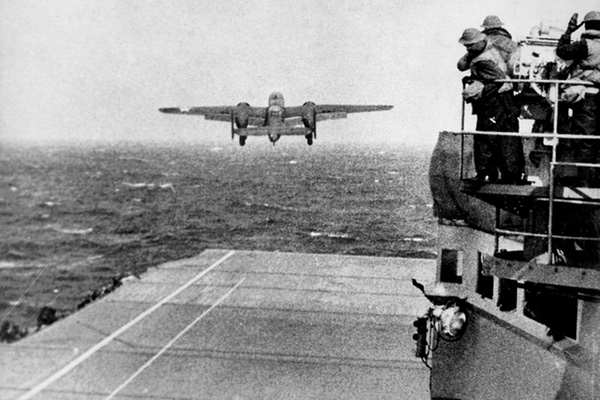 In a rare bipartisan ceremony on April 15, U.S. House and Senate leaders will join together to present the Congressional Gold Medal to the Doolittle Raiders, the legendary airmen who bombed Tokyo in retaliation for the Japanese attack on Pearl Harbor. 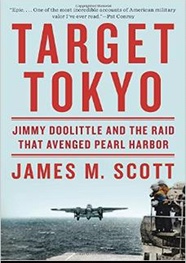 The 3 p.m. commemoration on Capitol Hill, presided over by House Speaker John Boehner and Senate Majority Leader Mitch McConnell along with Democratic House and Senate leaders Nancy Pelosi and Harry Reid, will take place just three days before the nation marks the 73rd anniversary of the historic bombing run.

The remembrance of the raid comes at a pivotal time as Japan’s relations with China have deteriorated in a territorial fight over islands in the East China Sea. Prime Minister Shinzo Abe promises only to exacerbate that strain as he wrestles with whether to water down Japan’s official 1995 apology for its wartime atrocities when he makes a statement later this summer marking the 70th anniversary of the war’s end.

The Doolittle Raid factors directly into this debate.

The April 18, 1942, raid has long been celebrated as a story of American ingenuity and heroism, a virtual suicide mission in the dark early days of the war. Led by daredevil racing pilot Lt. Col. Jimmy Doolittle, sixteen B-25 Army bombers lifted off from the deck of the aircraft carrier Hornet on a one-way mission to pummel Japan’s factories, refineries, and dockyards and then escape to Free China.

The audacious assault was considered a smashing victory, making Doolittle a household name and buoying the morale of the shell-shocked American public.

But that success came at a horrible—and until now—largely unknown price paid by the Chinese, who were victims of a retaliatory campaign by the Japanese Army that claimed an estimated 250,000 lives and saw families drowned in wells, entire towns burned, and communities devastated by bacteriological warfare.

American war planners suspected that a bombing raid against Tokyo—the seat of Emperor Hirohito—could trigger such retribution, prompting leaders to keep plans for the raid a secret from Chinese ruler Chiang Kai-shek until the eve of the attack.

Just as American strategists feared, the Japanese vented their fury over the raid that killed 87 and injured 462 othersin a military offensive against the Chinese in the summer of 1942. The three-month campaign was designed in part to destroy airfields in the coastal provinces of Chekiang and Kiangsi that could be used for future strikes, but also to send a message that helping the United States would invite ruin.

America had no forces on the ground at the time to witness the Japanese Army’s atrocities. Only through long-forgotten missionary records, discovered recently in the archives of DePaul University, can we flesh out the story more seven decades later. These letters, photos, and even property damage reports tell a terrifying story.

Father Wendelin Dunker, a priest based in Ihwang, fled the Japanese Army’s advance in 1942, only to return afterward to find the village largely reduced to ashes and packs of dogs feasting on the dead. He described the scene in a letter to Bishop John O’Shea. “They killed anybody and everybody for no reason at all,” Dunker wrote in July 1942. “Every town they enter is another Nanking on a small scale.”

The destruction Dunker witnessed proved typical of the more than two-dozen villages and towns destroyed in Japan’s summertime march of ruin. One of the worst hit was the walled city of Nancheng, where troops rounded up as many as 800 women, raping them daily throughout the month-long occupation. At the end, soldiers wrecked the utilities, pulled up railroad lines, and looted hospitals of vital medicines before sending in special incendiary squads to burn the city block by block.

Throughout the region, Japanese forces shot orphans and priests, sliced off the noses and ears of villagers, and even dug up graves to pluck the jade rings from the fingers of the dead. In Dunker’s village of Ihwang, troops discovered a resident who had helped one of Doolittle’s men. Troops wrapped him in a blanket, tied him to a chair and soaked him in kerosene before forcing his wife to set him on fire.

Japan saved the worst for last, unleashing the secretive Unit 731, which specialized in bacteriological warfare. That summer forces spread anthrax, plague, cholera and typhoid in an effort to contaminate the region.

“I cannot tell you the full story of the brutalities inflicted on these helpless people, on men, woman and children, even upon babies,” recalled Father Vincent Smith. “No civilized mind can conceive the tortures which were inflicted on all.”

Unlike Germany, whose leaders have for decades attempted to atone for the Holocaust, the Japanese have increasingly tried to disavow their nation’s legacy of cruelty, from the use Korean comfort women to the Rape of Nanking.

This disturbing trend comes even as historians continue to uncover new information on the brutality of the Japanese military in World War II.

As we celebrate the rightful heroism of Jimmy Doolittle and the 79 volunteer airmen who flew with him on one of the most celebrated raids of the war, it is important that we take time to honor the sacrifice paid by a quarter million Chinese.

It is equally imperative that we as a nation refuse to allow Japanese leaders to disown their nation’s role in this and other wartime horrors.