Gary Scott Smithis Chair of the History Department at Grove City College. He is the author of numerous books on history and religion including “Faith and the Presidency: From George Washington to George W. Bush,” and “Heaven in the American Imagination.” His latest book is “Religion in the Oval Office.” 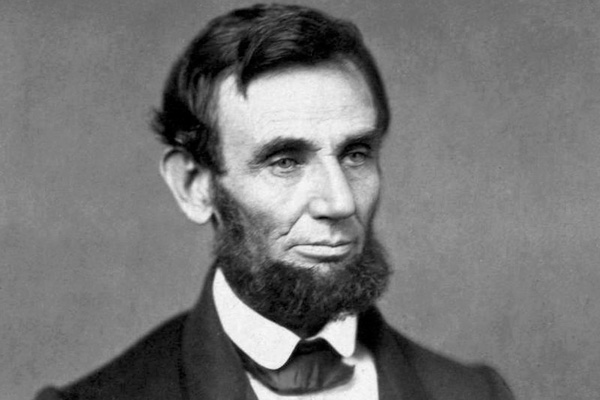 On April 15, we commemorate the 150th anniversary of Abraham Lincoln’s death. Struck down by an assassin’s bullets, he has been revered as a martyr who died so that his people might live in freedom and harmony. Following his assassination, grieving Americans elevated the often harshly criticized president to sainthood. Lincoln bore “the moral burdens of a blundering and sinful people,” suffered vicariously for them, proclaimed cherished Christian virtues and values, and sacrificed his life for the causes he loved: the Union and freedom. 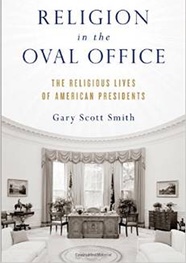 As had George Washington, Lincoln quickly became an object of civil religion as Americans converted the prairie politician into the “Savior of the Union” and Father Abraham. His assassination a week after the end of a conflict that he and many other Americans “saw in millennial terms” magnified the meaning of his death. Moreover, Lincoln’s death was a crushing blow to many Americans who were convinced that he could have best achieved a “speedy pacification of the country, the restoration of the Union, and the return of harmony and love.”

In the three weeks after he died, seven million Americans paid their respects to their slain president in the Capitol Rotunda or as his funeral train traveled 1,700 miles from Washington through many major northern cities to Springfield, Illinois. The circumstances of Lincoln’s death and the condition of the national psyche, deeply battered and bruised by four years of bitterness and bloodshed, combined to unleash a massive, spontaneous torrent of grief that surpassed any the nation had previously experienced.

Struck down on Good Friday, Lincoln, like Jesus, was viewed as a martyr who shed his blood and offered a redeeming sacrifice. Orators, editors, ministers, and statesmen across the North exalted Lincoln as the “savior of his country,” and sermons two days later on “Black Easter” and subsequent Sundays frequently compared Lincoln with Washington and Jesus. While Washington was the nation’s founder and father, ministers averred, Lincoln was its restorer and redeemer. While Christ died so that people could enjoy heaven, Lincoln died so they could have a better life on earth.

In making Lincoln the nation’s redeemer, ministers had to surmount two major difficulties: first, that he was fatally shot in a theater, an embarrassingly unsanctified place for a savior during the Victorian era. The clergy rationalized his attendance at Ford Theater, arguing that he had gone reluctantly to please his wife and gratify others.

The second, larger difficulty these pastors encountered was that Lincoln had never explicitly testified to his faith in Christ. While some pastors bitterly regretted that he did not publicly profess faith in Jesus Christ as his Lord, others countered that his actions demonstrated his faith or that he had accepted Christ as his savior in response to his son Willie’s death in 1862, or at Gettysburg in 1863, or at some other unknown time.

In their funeral sermons at Washington and Springfield respectively, the two ministers who knew Lincoln best—Phineas Gurley, the pastor of New York Avenue Presbyterian Church in Washington, which Lincoln regularly attended, and Methodist Bishop Matthew Simpson—said little about his personal faith. Gurley stressed that he had an “abiding confidence in the overruling providence of God.” Simpson emphasized that the president had “read the Bible frequently, loved . . . its profound teachings,” and sought to follow its precepts. He also claimed that Lincoln had sincerely striven to live by “the principles of revealed religion” and that no other ruler had shown as much “trust in God.”

Other ministers agreed that although Lincoln did not publicly profess to be a Christian, he certainly lived as one. Many extolled Lincoln’s character, sometimes “elevating him to an almost superhuman status.” Gurley insisted that his “integrity was thorough . . . and incorruptible.” People had never seen “a more sympathetic, unselfish, large-hearted, forgiving man,” proclaimed a Baptist pastor. Episcopal rector Phillips Brooks called Lincoln the world’s “gentlest, kindest, most indulgent” ruler.

Lectures, books, and articles in magazines and newspapers quickly moved the discussion about the slain president’s faith into the public arena. In his 1866 biography, newspaper editor Josiah Holland contended that Lincoln was “eminently a Christian President” whose faith grew stronger as the Civil War progressed. The next year the American Sunday School Union published Z. A. Mudge’s The Forest Boy, which celebrated Lincoln’s devout Christian belief. Writing in Scribner’s, James A. Reed, pastor of First Presbyterian Church in Springfield, featured letters from many of Lincoln’s friends testifying to his Christian faith. Gurley wrote that after Lincoln’s son Willie died, the president insisted his “heart was changed”; “he loved the Savior,” and he intended to “soon make a profession of religion.” Similarly, journalist Noah Brooks asserted that Lincoln “believed in the Savior” and was seriously considering joining the church before he died.

What Lincoln actually believed about Jesus is difficult to discern. He reputedly proclaimed that Christ said more for humanity’s benefit in a single parable than the critics of Christianity did in the “heaps of their heartless reasonings.” While Lincoln highly valued Jesus’ teachings, it is unclear whether he believed in Christ’s divinity. His law partner William Herndon and a few other Springfield friends claimed that Lincoln never said anything to them that “remotely implied” he had “slightest faith in Jesus as the Son of God and the Saviour of men.” Herndon maintained that Lincoln ridiculed the concept of the virgin birth “and did not believe that Jesus was God.” Although Lincoln never explicitly stated that he was a Christian in his speeches, addresses, or letters, he used the term “Savior” numerous times in his speeches. In his 1858 senatorial campaign he referred to “the Savior” several times, and in 1864 Lincoln called Jesus “the Saviour of the world,” but Lincoln never called him “my Savior.” The evidence for Christ’s divinity, Lincoln allegedly told Springfield postmaster James Keyes, came “in somewhat doubtful Shape.” Thus the doctrine that “Christ is God” had to “be taken for granted—for by the test of reason all might become infidels on that subject. However, Lincoln never publicly expressed a personal need for Christ’s atoning sacrifice on the cross, and he seemed to be unable to accept the Christian concept of salvation.

Like ministers, Jewish rabbis and civil leaders compared the fallen president with Abraham, Moses, and Washington. God chose Lincoln, like Abraham, a New York City rabbi contended, to “be the protector and father of a great people.” Like Moses, the Republican refused to compromise with evil and led his people to the River Jordan but was not allowed to cross over and enjoy the fruit of his labors. Like Washington, Lincoln was a “defender of freedom” and would have a place in American hearts “next to the Father of our Country. Isaac Mayer Wise, who later founded Reform Judaism, lauded Lincoln as “the highest jewel, the greatest hero, and the noblest son of the nation.”

In the 150 years since his death, many other Americans have extolled Lincoln as a man of exemplary character and as a near saint. Historian Stephen Oates explains that we have assigned him our “most noble traits—honesty . . . tolerance, hard work, a capacity to forgive . . . a clear-sighted vision of right and wrong, a dedication to God and country, and an abiding concern for all.” During the most trying time in American history, Lincoln held together a coalition of free and border slave states, kept his fragmented political party from falling apart, defeated the Confederate states militarily, liberated four million enslaved people, and preserved the Union.

A few minutes after Lincoln died, Gurley, who had spent all night with his mortally-wounded parishioner, comforted mourners with a prayer that ended “Thy will be done.” Raising his head, secretary of war Edwin Stanton quietly declared, “Now he belongs to the ages.”