Doug Rossinow, professor of history at Metropolitan State University in St. Paul, Minnesota, is the author of “The Reagan Era: A History of the 1980s,” now out from Columbia University Press. 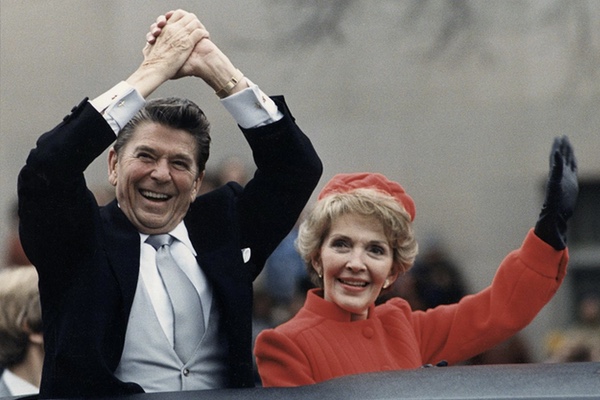 Ronald Reagan is a revered figure in American life. Certainly, liberals are critical of his legacy on many counts. But Americans in general rank him as one of our greatest presidents, perhaps most of all because of his role in ending the Cold War. 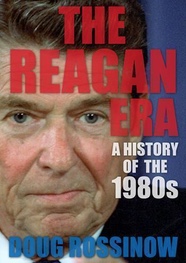 Yet a specter hovers over Reagan’s reputation, one too little addressed by historians. This is his disturbing record on issues of race and civil rights.

There has been much fine history written in recent years about the white “backlash” against the progress of racial equality in American life, a backlash dating back to the 1940s. Yet, rather oddly, Reagan and Reaganism—the broader political tendency he represented, which generally favored limited government at home and military supremacy abroad—have not figured centrally in these counter-histories to the era of progressive strides toward freedom. Ronald Reagan was the most successful and effective white backlash politician in the post-Brown era, and the conservative appeal to white voters as white voters was a central component in the broader politics of Reaganism.

Reagan opposed the Civil Rights Act of 1964 and the Voting Rights Act of 1965. After these historic measures were firmly in place, Reagan—perfectly representing broader tactical shifts within the conservative movement—pivoted to a new stance. Now he supported individualistic civil rights protections, but he framed the new danger on the race front as that of “quotas,” by which he meant affirmative action. I know of no instance where Reagan explicitly acknowledged his change of position on civil rights, although perhaps such evidence exists somewhere. “Certainly no one of us would challenge government’s right and responsibility to eliminate discrimination in hiring and education,” he told one audience when he ran for president in 1976. Actually, Reagan had spent years “challenging” exactly this. Reagan went on to say, “If your ancestry is Czechoslovakian, Polish, Italian, or if you are of the Jewish faith, you may find yourself the victim of discrimination” in favor of presumably less deserving African Americans, because of affirmative action policies.

Reagan’s exploitation of racial tension proved more a political tool for gaining power in the 1980s than an essential component of Reaganite governance. This, however, does not mean that Reagan’s racial backlash politics played no role in his policymaking. It was something he believed in, but, as a politician of great skill and calculation, Reagan made necessary compromises on race matters.

After Reagan became president in 1981, he pursued no onslaught against affirmative action. Some Republicans supported at least some forms of this policy, and the issue had done its necessary work for Reagan, helping him with certain segments of the electorate as he captured the White House. Instead of issuing executive orders curtailing affirmative action, Reagan chose the slower course of naming executive and judicial appointees who showed little zeal for civil rights enforcement in general. The Justice Department’s Civil Rights Division, as well as the Equal Employment Opportunity Commission, now chaired by Clarence Thomas, became far less active. Most important were Reagan’s judicial nominees, including Sandra Day O’Connor, who became the stealth conservative on the U.S. Supreme Court, her reputation as a moderate—based largely on her unwillingness to overturn Roe v. Wade—belied by her lead role in decisions that undid certain affirmative action policies and the cold treatment she generally gave plaintiffs of color who alleged discrimination.

The racial politics of Reaganism are displayed in two legislative episodes. In 1982, Reagan signed a twenty-five-year extension of the Voting Rights Act, maintaining the need for “preclearance” with the U.S. government for any change in voting laws in a list of jurisdictions with ugly histories of political apartheid. Reagan’s popularity was at a low point; the deep recession of 1981-82 had put him back on his heels politically. Non-southern Republicans in Congress did not want to go to the mat to get the largely southern jurisdictions covered by the Act out from under the preclearance burden. So Reagan signed the extension, compromising his principles. (In 2013, the U.S. Supreme Court vitiated the preclearance provision of the Act.) In 1988, with Reagan’s presidency waning, he vetoed the Civil Rights Restoration Act, which Congress had passed after forging a bipartisan coalition designed to undo the Supreme Court’s Grove City College decision of 1984, which had opened the door to discrimination against all legally “protected classes” by private educational institutions and other organizations. By this time, Reagan had little clout on Capitol Hill and there was not much of a White House operation designed to sustain the veto. With no elections left to run, Reagan was making a point and demonstrating his convictions. His explanation for his veto—which Congress quickly overrode—was that the pending law would “unjustifiably extend the power of the federal government over the decisions and affairs of private organizations.” This was anti‒civil rights boilerplate; he could have used the same words to explain his opposition to the Civil Rights Act of 1964.

In 1984, when Reagan won an historic reelection victory, 85 percent of Americans casting votes were white. Reagan got about two thirds of their votes. This by itself spelled a huge win for him. This is not to say that white voters all voted for Reagan because they were white. But Reagan rode the white backlash—along with other major issues, to be sure—farther than anyone else ever did in American history, before or since. It is long since time that historians of Reagan, Reaganism, and the 1980s overcame their reluctance to tell this basic part of that era’s history plainly.