For God or Country: The Divergent Paths of Islamism and Arab Nationalism

Tristan James Mabry is Lecturer in the Department of National Security Affairs at the Naval Postgraduate School and the author of “Nationalism, Language, and Muslim Exceptionalism” (University of Pennsylvania Press, 2015). DISCLAIMER: The views presented here are the author’s alone, and do not necessarily represent the views of the Naval Postgraduate School, the US Navy, the Department of Defense, or any other branch of the US government. 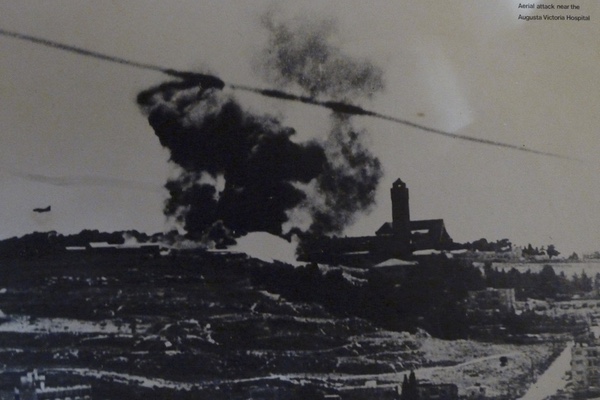 An Israeli airstrike near the Augusta-Victoria Hospital, The Six-Day War - Wikipedia

Nationalism does not have the best of reputations. It can be exclusive, chauvinistic, even murderous; it invokes memories of genocide, ethnic cleansing, and civil wars. Yet at the same time, nationalism is perhaps the most important political doctrine in the world. After all, we live in a world dominated by nation-states. The entire international order is predicated on the simple belief that each nation, each unique people, should have their own state. 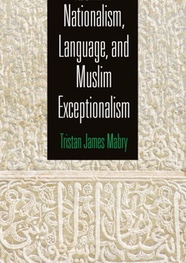 What then are we to make of an ‘Arab nation’ divided among 22 Arab states? Is there, in fact, one Arab nation scattered across a score of countries, or is the use of the term ‘Arab nation’ a misnomer? This is much more than a question of semantics. In the 1950s, the Arab world was flush with Arab nationalism, a secular dream of unifying all Arabs from the Atlantic Ocean to the Persian Gulf. Today, that dream is not only unfulfilled, but in many corners replaced by a nightmare: deadly Islamic fundamentalism.

In this view, the region’s people are united not by ethnicity or culture, but rather by the fact that they share the same faith, Islam, yielding a community of Muslim adherents (known as the ummah). Correspondingly, the nation-state is an obstacle, a fiction, a temporary aberration, that artificially divides an otherwise united people who should be living in an Islamic state. This is the logic that enables a young Muslim from Morocco, Tunisia, or Egypt – or even Britain, France, or Germany – to leave home and travel to Syria as a ‘foreign fighter.’ He fights not for his country, not for his nation-state, but rather for an ‘Islamic State.’

The relationship between Arab nationalism and Islamism is complex, and the primacy of one over the other – or the mixing of the two – has waxed and waned since the late nineteenth century, when Arab intellectuals wrestled with the question of what defined Arab identity. During the Arab Revolt against the Ottoman Empire (1916-1918), the struggle was fought by Arabs, but arguably in the name of united (and aggrieved) Arab Muslims, not the Arab ‘nation.’ In the wake of World War I, however, an ethnic and cultural Arab nationalism began to emerge as a political movement, pitting the Arabs against the British and the French (and the West in general). By 1938, when George Antonius published The Arab Awakening, a more refined concept had emerged that was expressly secular, and marginalized the views of Islamic scholars on the question. In the years that followed, Arab nationalism and Islamism remained at odds.

On this point, Egypt is both important and illuminating. It was (and is) the demographic heartland of the Arab world. It was also ground zero for the explosion of secular and socialist Arab nationalism that swept the region following Egypt’s 1952 Revolution and the coup that eventually placed power in the hands of Gamal Abdel Nasser. Under his leadership, Arab nationalism was used as a source of legitimacy despite illiberal rule, pitting the secular leadership squarely at odds with religious elites. In 1954, for example, Egypt cracked down hard on the Islamic opposition, arrested thousands of activists, and banned the Islamist Muslim Brotherhood.

To an extent this crackdown backfired, as it galvanized some committed Islamists, who rallied supporters by claiming the state was, in fact, waging a war against Islam. Yet this was not to detract from the wave of Arab nationalism that surged through the 1950s, up to and including the 1956 nationalization of the Suez Canal, an event perceived by many Arabs as a defiant act against the West and a sign of growing Arab strength. During this period, Islam was in no way erased as a core element of Arab identity, but it remained largely in the private sphere, not the state-controlled public sphere.

This is not to say Arab nationalism was a panacea; indeed, it correlated with dysfunctional and repressive regimes: by the mid-1960s the dream of Arab unity was already tarnished. Yet ultimately, the death spiral of Arab nationalism is traced to the 1967 Six Day War, when Egypt and its Arab allies were trounced by their much smaller adversary, Israel. In the wake of this humiliating and collective defeat, support for Arab nationalism waned dramatically, while the Islamists filled the vacuum and surged ahead in popularity. Through the following decades, it is fair to say that Islamism emerged as the most powerful domestic opponent to both Arab nationalism and to authoritarian Arab regimes.

Though not prevalent during the 2011 social movements of the Arab Spring, the long-suppressed political power of Islamism quickly revealed itself as new governments sought a degree of legitimacy. Rather than electing secular nationalists, voters in Egypt, Tunisia and Morocco put Islamist parties in power. (Moderate, yes, but Islamist nonetheless.) And, of course, in Syria, a bloody civil war opened the door to a terrifying incarnation of Salafist ideology, the Islamic State.

ISIS continues to consolidate its territorial control of large chunks of Syria and Iraq. ISIS is in no way a nationalist movement, but rather an Islamist enterprise that welcomes Muslim supporters from any country as long as they support the group’s radical vision. Islamism, like nationalism, is a doctrine of political legitimacy. A caliphate is legitimate if it represents and advances the interests of Islam; conversely, a nation-state is legitimate if it represents and advances the interests of its nation. According to secular nationalism, to die for one’s country, one’s nation-state, is considered an honorable sacrifice. According to fundamentalist Islam, to die as a religious martyr is not only honorable, but glorious. Following this divergent logic, one can die for god or country, but dying for both raises an existential question: which one is really more important? For a nationalist, defense of the homeland is paramount; one does not seek war overseas unless his or her country is threatened. For an Islamist, defense of the faith is all consuming, and fighting for Islam is a global affair.