Anthony Clark is the author of “The Last Campaign: How Presidents Rewrite History, Run for Posterity & Enshrine Their Legacies.” 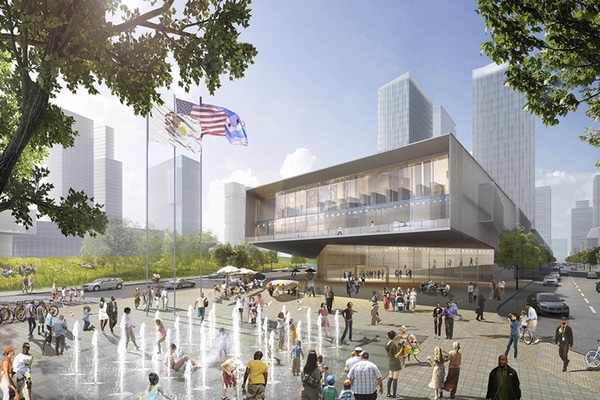 In just under two years, you will become one of America’s youngest former chief executives. If you follow the pattern of engagement and public service in retirement set by Jimmy Carter and Bill Clinton, your presidential library/museum – which probably seems very important right now – quickly will become, like theirs, a relative afterthought to the actual good work you can do. To the lives that you can transform. To the change you can be and the hope you can bring.

You reportedly told a friend several years ago that maybe you wouldn’t build a bricks-and-mortar library, and instead create one online.

It would seem, given all of the coverage of your site selection process (and the effect it’s having on Chicago politics), that you’ve changed your mind. But you were on to something back then. I’d like to ask you to remember what brought you to that opinion, and to please consider that there’s another way, one that’s different from what your presidential library foundation is planning for you. Before you go too far down the self-commemoration road, there’s something someone ought to say, something that no one is saying.

Mr. President, please don’t build a presidential library/museum. Not like those of the last quarter-century.

You can, and should, build an archive where the textual and electronic records and other materials of your presidency will be preserved and made available to the public, as quickly and as transparently and as thoroughly as possible. But you don’t have to – you shouldn’t – build a shrine.

Certainly, you could raise hundreds of millions of dollars. More than any other former president. You could hire a great architect, throw half a billion dollars at an empty space (or an historic park), and memorialize yourself.

And no doubt millions of people around the country, and around the world, would be interested in hearing about, and perhaps, one day, even visiting that building once.

But like the other presidential libraries, its influence would be limited, in scope and in timeframe. I can’t imagine you’d want that. I can’t imagine that you’d want to spend all that time and money just to create another in a long line of extravagant buildings full of skewed exhibits that rewrite history and closed records that keep us from knowing what really happened.

You could do something very different.

Your library doesn’t have to be a stunning building on a spectacular site, one that, sooner than you think (and than you’re being told), experiences a sharp, steady decline in visitorship. And in fundraising. And in impact.

But imagine what you could do instead. Not in addition to, but instead of, building a “presidential center.”

Imagine the impact that a digital Barack Obama Library – with online access to your documents, electronic records, photographs, and videos – would have. With virtual exhibits, teacher lesson plans, and interactive tutorials. On government, neighborhood-building, engagement, and service to others. With oral and video histories documenting not only your administration, but life in this country and the world during this time. During your presidency.

All designed with cutting-edge capabilities for searching, sharing, incorporating, citing, and using those materials, and the knowledge gained from them. Intended not only for those of us alive today, but so that future generations may benefit from what would be a unprecedented resource.

Imagine the effect that a new kind of library, one without the glitz and expense and immodesty that current libraries boast, would have on education. On journalism. On history. And on communities, and individuals, all across the world.

If you must build a museum, I urge you not to follow recent precedent by building a self-congratulatory, anti-historical temple that ignores inconvenient information and overemphasizes (real or dubiously-touted) achievements.

And if you must build a museum like that, I hope that you won’t donate it to the people of the United States, for us to operate in perpetuity. Especially if, in the next twenty-two months, you don’t try to fix the way presidential libraries and museums are funded and maintained, and simply benefit from the dysfunction of the current system.

And you’re surrounded by people urging you to think about, and plan for, legacy. In big ways. While some of them may even have your best interests at heart, most are just interested in how an overly-positive portrayal of you and your administration will help their image. And their careers. And their egos.

By all means, think about legacy. But not the way they want you to.

Think of it in terms of the impact if, instead of the most expensive or the biggest or the most laudatory or the greenest or the most architecturally significant, your library becomes the fastest to process and open all of its records – achieving your as-yet-unfulfilled promise to be the most transparent administration in history.

Think of what you could do if your library becomes the one not that wins the most design awards or reaches the 500,000th visitor mark the soonest, but the one that reaches the most people. Actually reaches them. In the most concrete, meaningful ways. In ways that current presidential libraries can’t possibly meet. Not without your innovative leadership, by breaking with tradition and demonstrating a new, and a better, way.

Think about what it would mean if you became the one to stop the reckless and expensive growth of an institution whose founder, Franklin D. Roosevelt, would no longer recognize.

Think about what you could do by building a new, different kind of presidential library: one with open, not closed, records. And with public, not private, history.

If a one-term president, with no other federal experience, like Jimmy Carter, or the unelected president, Gerald Ford, had decided not to build a library, the system likely would have lived on.

But if a two-term president, the first African-American elected to our nation’s highest office – the candidate who raised the most money and received the most votes in the history of the United States – could forgo building a temple to himself, your successors would have a hard time going backwards. And your predecessors’ libraries could benefit from your example.

If only Nixon could go to China, sir, only you can end this self-memorialization obsession.

Certainly, history would record such a deed as great in and of itself. And the emphasis on preserving, opening, and making your records available rapidly – and in useful ways, ways that actually change people’s lives – would be, in and of itself, a fitting tribute. To both you, and the positive role that government can – and should – play.

And it would allow for a real and lasting assessment of your presidency – which was FDR’s original intent. As he said at the dedication of his own library, five months before Pearl Harbor,

We believe that people ought to work out for themselves, and through their own study, the determination of their best interest rather than accept such so-called information as may be handed out to them by certain types of self-constituted leaders who decide what is best for them.

He was referring, among other threats, to the Axis Powers, then looming on the horizon. But President Roosevelt’s warning applies to presidential libraries, which today keep records hidden for a century while writing their own version of history, deciding what’s best to tell the public.

Is that how you want your presidential library to work, Mr. President? Or should you focus on opening all of the records, and enabling people to determine their best interest on their own?