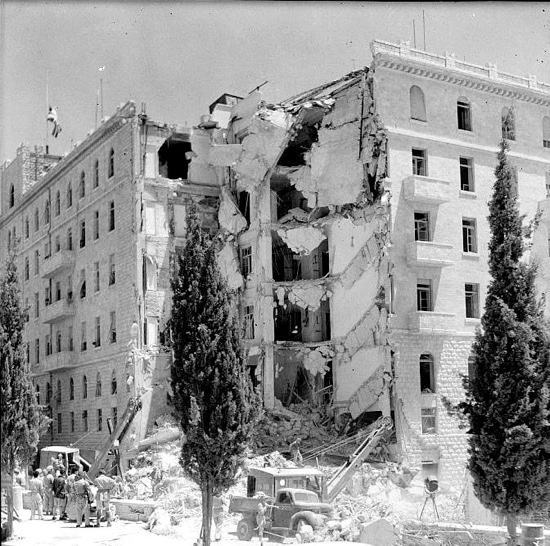 “A man who goes forth to take the life of another whom he does not know must believe one thing only – that by his act he will change the course of history.” Thus Itzhak Shamir, a future prime minister of Israel, explained the strategy of assassination that the Freedom Fighters for Israel – known to Jews by its Hebrew acronym, Lehi, and to the British, as the Stern Gang – embraced in the 1940s. 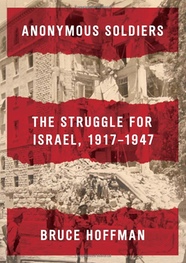 Compared to contemporary terrorist groups, Lehi was unique. Its targets were not innocent civilians and its weapon of choice was not the bomb that maimed and killed indiscriminately but the handgun pointed at the chest of the colonial officials and police officers charged with governing Palestine under the League of Nations mandate awarded to Britain after World War I. So precious were the group’s few weapons and so profound its members’ belief in the power of individual assassination that the same pistol was used in six high-profile shootings during an especially febrile eighteen-month period.

It was last, and most consequentially, used on November 6, 1944 to assassinate Lord Moyne, the British Cabinet minister responsible for the Middle East during World War II. The murder, which Shamir had ordered, did change the course of history – but not for the better. Prime Minister Winston Churchill’s daring plan to resolve Arab and Jewish claims to Palestine by partitioning the country into separate states was abandoned with the killing of his life-long friend and political ally. And, three years later the first of many wars would be fought between Arab and Jew over that land’s political future.

Terrorism’s power to act as a trigger for wider conflagration had already been demonstrated at the start of the 20th Century by the assassin’s bullet that killed the Archduke Franz Ferdinand in June 1914 and set in motion the chain of events leading to World War I. And it was Palestinian terrorist attacks on Israel that triggered the 1967 Six Day War. Finally, America’s the invasions of both Afghanistan and Iraq and the ongoing war on terror all followed the September 11, 2001 attacks.

But, even while terrorism’s role in galvanizing broader conflict remains mostly unrecognized, its ability to act as a catalyst for systemic political change is often explicitly denied.

“Terrorists can never win outright,” Rhodesian Prime Minister Ian Smith confidently declared in 1977. Following the 1983 suicide truck bombing that killed 241 U.S. Marines in Lebanon, President Ronald Reagan defiantly proclaimed that “the main thing,” is to show that terrorism “doesn’t work . . . [and] to prove that terrorist acts are not going to drive us away.” Margaret Thatcher described the Irish Republican Army’s (IRA) attempt to kill her at the 1984 Conservative Party Conference as illustrative not only of a failed attack, but of a fundamentally futile strategy. And, in July 2006 Israeli Prime Minister Ehud Olmert promised that his government “will not give in to blackmail and will not negotiate with terrorists . . .”

Yet, Rhodesia is now Zimbabwe, the U.S. Marines soon departed Lebanon, Sinn Fein’s Martin McGuiness, a former PIRA terrorist, has been the Deputy First Minister of Northern Ireland since 2007, and that same year Olmert reversed himself and approved a deal with Hezbollah that freed five of its imprisoned terrorists in exchange for the bodies of two kidnapped Israeli sergeants. Hezbollah’s domination of Lebanese politics and the significant role it has played in the country’s government, including exercising effective veto power in the post-2008 national unity government, further challenges arguments about terrorism’s strategic futility. Indeed, neither Sinn Fein, the IRA’s long denied legal political wing, nor Hezbollah, could ever have acquired the power, influence and status they enjoy today if not for their terrorist antecedents.

Hence, assertions of terrorism’s ineffectiveness hardly square with the terrorists’ own fervent and abiding faith in the efficacy of their violence, and its intractable persistence over the course of history. One reason for terrorism’s historical intractability is the capacity of terrorist groups to learn from one another.

Those terrorist groups that survive the onslaught directed against them by governments and their police, military, and intelligence and security services do so because they absorb and apply lessons learned from their predecessors. Lehi and the Irgun, another Jewish militant organization that fought the British during the 1940s, for instance, both studied the war of independence that resulted in Ireland’s freedom in 1922. And, terrorist movements as diverse as al Fatah, the African National Congress, later incarnations of the IRA, and the Tamil Tigers have all cited the Algerian struggle’s influence on the strategies and tactics that they later adopted.

The Irgun had a particularly significant influence on terrorism’s future trajectory. The campaign orchestrated by its commander, Menachem Begin, another future Israeli prime minister, was arguably the first post-World War II war of national liberation to use spectacular acts of violence to attract international attention to themselves and their cause and thereby publicize the Zionists’ grievances against Britain and claims for statehood. In an era long before the advent of 24 x 7 news global coverage and instantaneous satellite-transmitted broadcasts, the Irgun deliberately sought to appeal to a worldwide audience far beyond the immediate confines of their local struggle and beyond even the ruling regime’s own homeland——to include the United Nations and the U.S. as well.

The Irgun’s political front organizations in the U.S., for instance, were particularly successful in this respect: generating publicity and raising funds for the Irgun and securing the passage of resolutions by Congress condemning British oppression in Palestine and re-affirming American support for the establishment of a Jewish state. These activities presaged the efforts subsequently undertaken by Irish-American activists on behalf of Sinn Fein and the IRA, which had similarly corrosive effects on Anglo-American relations.

The rise of Israel was of course the product of many powerful forces in addition to terrorism –diplomacy, negotiation, lobbying, civil disobedience, and information operations. But the Irgun’s success in attracting attention to themselves and their cause in hastening Britain’s withdrawal from Palestine in 1948 shows that – despite the repeated denials of governments – terrorism can under the right conditions and with the appropriate strategy and tactics, succeed in advancing its practitioners’ political agendas.

This in turn taught a powerful lesson to similarly aggrieved peoples elsewhere, who now saw in terrorism an effective means of transforming hitherto local conflicts into international issues. Less than a decade later the leader of the anti-British guerrilla campaign in Cyprus adopted an identical strategy that secured that country’s independence in 1962. Similarly, Algerian nationalists fighting against France followed Begin’s strategy of provoking the security forces in hopes of alienating the population from the authorities and thereby undermining the pillars of colonial rule in the Battle of Algiers. The internationalization of Palestinian terrorism that occurred in the 1960s and 1970s would also appear to owe something to the quest for international attention and recognition that the Irgun’s own terrorist campaign pioneered a quarter of a century earlier.

Thus the foundations were laid for the transformation of terrorism in the late 1960s from a primarily localized phenomenon into the security problem of global proportions that it remains today. Indeed, when U.S. military forces invaded Afghanistan in 2001 they found a copy of Begin’s seminal work, The Revolt, along with other books about the Jewish terrorist struggle, in the well-stocked library that al Qaeda maintained at one of its training facilities in that country.