This article was adapted from Thomas Fleming’s new book, "The Great Divide, the Conflict between Washington and Jefferson that Defined A Nation." It will be published by Da Capo Press on March 15, 2015. 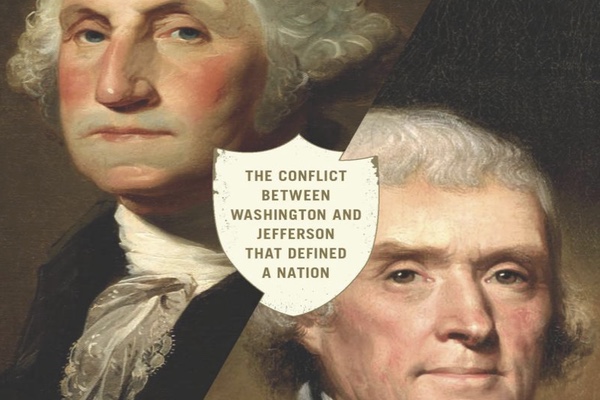 Why do I call Thomas Jefferson our first Unwashington president? Because he had secretly vowed to do everything and (almost) anything as president differently from the way George Washington did them. This included a summary description of the Jefferson administration that revealed in the starkest possible terms his consuming envy of our first president -- The Revolution of 1800. 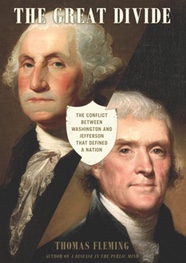 The friendship and mutual respect that had marked Jefferson’s first days as Washington’s secretary of state in 1790 had slowly vanished as the two men realized the depth and intensity of their disagreements. The Revolution of 1800 was Jefferson’s way of announcing that he had no intention of changing his mind about any of the issues that had led to their mutual alienation.

He seemed to be saying: So you’re famous for winning the American Revolution – eight wearisome years of living dangerously? I intend to be even more famous for a revolution that does not shed any blood, that settles once and for all the spiritual and political superiority of my Republican party to the mean-spirited arrogant secret king worshippers who flaunted the name Federalist with your secret approval. That is the real meaning of the Revolution of 1800.

Instead of riding to his inauguration in a splendid carriage drawn by prancing horses like Presidents Washington and Adams, President Jefferson walked. Artillery boomed as he entered the Senate wing of the new Capitol, the only part that had been completed. There was no cheering crowd. The population of the new federal capital, the District of Columbia, aka Washington DC was so sparse, it would have been difficult to assemble one.

Symbolism aside, walking was the only sensible option. Jefferson had been staying at a boarding house a few hundred yards from the Capitol. Riding in a carriage would have looked pretentious, even silly. But Democratic-Republican newspapers, the same chorus of Jefferson worshippers that had made him president, seized on this stroll to prove his Unwashington-like identification with the average American, No aristocrat he, this man who lived in a splendid mansion on a mountaintop in Virginia. This was a man of the people!

In the Senate chamber President Jefferson gave his inaugural address in a voice so low, few of the nearly one thousand people jammed into the room could hear him. But he had already distributed printed copies to newsmen and congressmen. He began with a tribute to George Washington, calling him “our first and greatest revolutionary character, whose preeminent services…entitled him to the first place in his country’s love.” It was praise that at first glance seemed beyond criticism. It took time for thoughtful men to realize that not a word was said about President Washington. In the coming years a reiteration of this tribute would result in the virtual disappearance of Washington’s presidency.

Meanwhile, President Jefferson was preaching reconciliation. “We are all Republicans, we are all Federalists,” he assured his listeners. It was time to “restore to our social intercourse that harmony and affection without which liberty and even life are dreary things.” It was – or seemed to be – a call for political peace. Listening to these words was a Jefferson cousin who knew they were nonsense -- Chief Justice John Marshall, who had administered the oath of office. He described Jefferson’s political party as an uneasy compound of “speculative theorists” and “absolute terrorists” who wanted revenge for the years of political defeats under Presidents Washington and Adams. Jefferson would have to satisfy both branches of the party or he would soon be in trouble, Marshall predicted.

Meanwhile, the UnWashington president abandoned weekly levees and receptions that had given hundreds of people a chance to meet the first two presidents face to face. They were too formal – too king-like for his democratic taste. Jefferson also declared an end to presidential proclamations, a “monarchical” custom that was equally unacceptable. These changes also drew praise from the newspaper chorus. Even more popular was the cancellation of all internal taxes and the reduction of appropriations – and salaries – for the army and the navy. The goal was a shrinkage of federal power

The Unwashington president saw Congress, the supposed voice of the people, as the central force in the federal government. A small but important step in this direction was the abandonment of the annual presidential address to Congress. Instead, Jefferson sent a written message which was read aloud by a droning clerk. It was an example that would be imitated by every president for a century, further guaranteeing the disappearance of Washington’s presidency.

Simultaneously, President Jefferson confirmed Chief Justice Marshall’s prediction that he would have to satisfy the terrorist branch of his party. He secretly sought revenge against a man he disliked almost as much as George Washington -- Secretary of the Treasury, Alexander Hamilton. Jefferson ordered his treasury secretary, Albert Gallatin, to exhume the records of Hamilton’s era and discover evidence that he was a crook. The UnWashington President was hoping to junk the whole Hamilton financial system, including his bête noir, the Bank of the United States.

Gallatin scrutinized the former treasury secretary’s records until his eyes grew bleary and his long nose drooped. In an accent that was further thickened by exhaustion, the man from Geneva, Switzerland informed the dismayed president he had not found an iota of corruption. Worse, Gallatin’s economist’s head told his Jeffersonian heart that the bank of the United States and its funded debt and thriving stock market were vital to the stability of the republic. The bank, he wearily informed Jefferson, “had been wisely and skillfully managed.”

It was the first but by no means the last disappointment the UnWashington president would experience in the nation’s highest office.