Did Bombers Win the War in WW Two?

Robert Huddleston served as a combat pilot in World War II. As a freelance writer he recently published a novella, “An American Pilot With The Luftwaffe.” 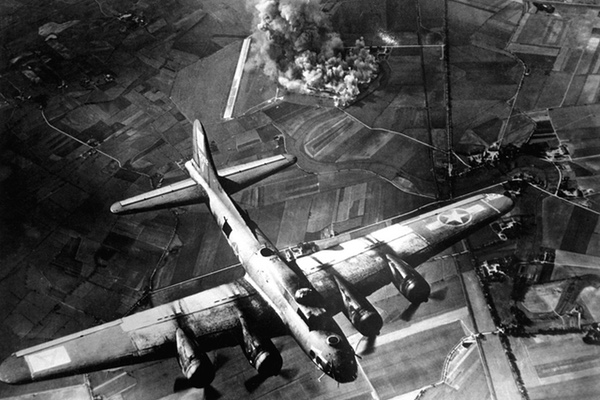 In February 1945 I stood on the ramp of an American Ninth Air Force base in Belgium and watched a thousand heavy bombers of the Eighth Air Force based in England, headed east into the heart of Nazi Germany. It was indeed an awesome sight to behold, with little or no thought given to the death and destruction they would rain down on the cities targeted. The Allied strategic bombing campaign meant sending heavy bombers deep into the very heart of the enemy; it aimed to destroy the enemy’s combat capability as well as the will of the people to continue.  Almost every issue of the Army’s newspaper, The Stars and Stripes, noted the continuing bombing effort: Allied Bombers Hit Essen; Heavies Rip Berlin Area; 7,000 Planes Pound Reich, Dawn to Dusk: Allied Warplanes Hammer Bremen; U.S Heavies Bomb Ruhr to quote from a few copies that spring of 1945. 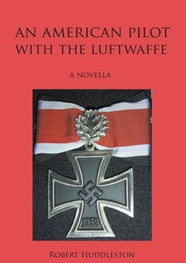 At the end of the conflict that came, not from death and destruction delivered by the Allied heavy bombers, but from the one bullet Adolf Hitler applied to end his life as the Soviet forces hammered Berlin from the east and the western Allies not far away. The Allied strategic bombing campaign did not produce victory as propaganda promised: Defeat of the enemy came from a combination of sea, air, but mainly ground forces.

Victory Through Air Power, first a book by the air power theorist Alexander P. De Seversky, later a Walt Disney animated film, simply promoted the dogma laid out of both British and American air power leaders. While Winston Churchill, for Great Britain, and Franklin Roosevelt, for the United States may not have placed their full faith in what air power might accomplish, they turned the so-called “Bomber Barons” loose and “utter death and destruction” was rained down on the population centers of Germany and Japan.

General Harold “Hap” Arnold, chief of the Army Air Corps, (later head of the Army Air Forces), was a master at propaganda. Arnold had a dogmatic belief that air power, and air power alone, could defeat any enemy. Heavy, long-range bombers raining death and destruction on the enemy’s homeland, he proclaimed, would destroy the will and the ability of the enemy to continue the conflict.  Ground and sea forces would be redundant. The heavy losses experienced in the trench warfare of the First World War would not be repeated; it would be conflict literally on the cheap in treasure and blood.

The public–including many politicians -- accepted General Arnold’s theory. General George C. Marshall, Army Chief of Staff and Arnold’s superior, however remained  convinced that victory could be achieved only by ground combat, aided by sea and air forces.  Nonetheless, the Air Force received a vast share of the country’s wartime budget, produced the largest of any nation with Arnold ultimately being raised in rank equal to Generals Marshall.

In mid-1941, President Roosevelt had directed General Marshall to develop a contingency plan of action should the country be drawn into the war. Out of this came the Army Victory Plan, which led to one of the most unusual “footnotes” of history.

The highly secret Army Victory Plan was leaked to the press, newspapers heralding it as Roosevelt’s plan to take the U.S. into the European conflict to rescue the British. No mention was made in the articles that it was a “contingency plan,” something expected of military planners.

The headlined news roiled official Washington, especially the military. Agents of the FBI soon targeted a U.S. Senator, who, not willing to take the fall, admitted he was but a conduit between a military source and the newspapers. That “military source,” was identified as General “Hap” Arnold, chief of the Army Air Forces.

Arnold, upon reading the Army Victory Plan, believed  that the Air Force failed to received a share of the budget that it deserved: that the U.S. would be going to war short of the number of aircraft required “to defeat an enemy.”

The American, as well as the British, strategic bombing campaign of enemy population centers fell short of the promised result having but a minimal impact on the conflict. It did, however, produce hundreds of thousands of civilian deaths.  In Europe, Allied ground forces crushed the forces of the Third Reich, the war ending with the end of Adolf Hitler, a leader having no regard for the fate of his fatherland.

The strategic air campaign against Japan, which included pre-nuclear bombings of Tokyo and other population centers, had meager impact on that conflict, far less  than ground and sea battles. The destruction of Hiroshima and Nagasaki by atomic bombs ended the war by enabling the Japanese Emperor to convince military leaders that they could now withdraw from the war without dishonor.  (The prevailing opinion is that the Hiroshima bombing was necessary to end the conflict short of invading the Japanese home islands. The bombing of Nagasaki, however, remains a hotly debated controversy.)

Often overlooked in recorded histories is that strategic bombing, striking at the very heart of the enemy, was a defensive  tactic,  a means, its advocates held, to deter war or to end one with a minimum loss of blood and treasure. Had that strategy triumphed, millions of lives would have been saved.

A dogmatic belief, spread by propaganda, can become truth. The Allied strategic bombing campaign became a reality but, unfortunately, proved to be a flawed doctrine.