The Other Two Dakotas

Robert E. Wright, a historian and political economist at Augustana College (S.D.), is the author of "Little Business on the Prairie: Entrepreneurship, Prosperity, and Challenge in South Dakota" (Center for Western Studies, 2015) and 16 other books related to U.S. business and policy history. 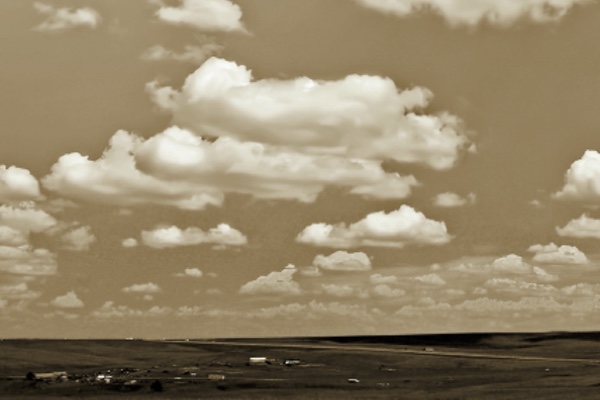 When most Americans hear of the two Dakotas, they naturally think of the states, North Dakota and South Dakota. But there are two Dakotas in another, more poignant if not more important sense, one Euroamerican, free, and prosperous, the other indigenous, repressed, and impoverished. 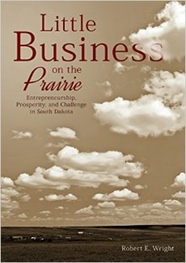 Over the last few centuries, the northern Great Plains has been the scene of a vast, unintended quasi-natural experiment that rivals those of East/West Germany, North/South Korea, and China/Hong Kong/Taiwan. Such grand experiments of political economy would be magnificent were they not the root cause of untold human suffering. In each case, the bitch goddess Clio divided people into two groups, endowed one with a government that allowed at least some economic freedom (Adam Smith’s peace, easy taxes, and a tolerable administration of justice simmered in respect for basic human rights), and cursed the other with a government that strangled freedom at every turn.

We cannot undo past suffering but surely we can learn something from these natural experiments and, when in our power, do something to end them. What the experiments have shown in every case is that peoples with more economic freedom do better economically than peoples with less freedom. That means a higher level of income per person but also more education, longer lives, and better physical and mental health. The European and Asian cases show that culture does not determine the outcome: Germans, Koreans, and Chinese on each side of their respective lines shared the same languages, religions, and customs but came to very different ends. The Great Plains case shows that economically free peoples, even those residing in what was once called the “Great American Desert,” will thrive.

Of course North and South Dakota were not always as prosperous as they are today. Both suffered horribly during the Great Depression – South Dakota had a higher percentage of its population on the dole than any other state – and the farm crisis of the 1970s-80s was no picnic either. Then again, neither state was a beacon of economic freedom in its first century of statehood, which began for both in 1889. North Dakota oozed socialist-leaning Germans and even South Dakota, long a Republican stalwart, at times flirted with radical agrarian politics and countenanced state ownership of a cement plant, a farm insurer, and a mortgage lender.

Many of South Dakota’s entrepreneurs are replicative, i.e., self-employed individuals or small business people who introduce existing products into new markets. Some of its entrepreneurs, however, including Daktronics and Raven, are true innovators (in electronic signage and high performance balloons, respectively). And even replicative entrepreneurs can have a major aggregate impact. Agriculturists who turn marginal parts of their land into world class pheasant hunting preserves, for example, provide a significant boost to the state’s already robust tourism industry, the bedrock of which are the megalithic monuments, caves, and trails of the Black Hills.

Those were the same hills that General George Custer and thousands of gold miners seized from the indigenous people of the western part of the state, the Lakota, in the 1870s. Loss of their land, and soon after the bison herds that provided the bulk of their subsistence, certainly did not help the Lakota, their kin in other parts of the state, or the indigenous peoples of North Dakota. But the loss of assets over a century ago cannot explain why North and South Dakota’s Indians remain among the poorest of the nation’s poor. Some blame the Lakota themselves for refusing to accept the cash indemnity offered in compensation for the expropriation of the Black Hills but as economists like William Easterly and Dambisa Moyo have shown, giving aid to poor peoples has never sparked economic development.

What does get economies moving is freedom, something the Lakota haven’t enjoyed since well before the Wounded Knee massacre in 1890. Indians residing on reservations have always faced tremendous economic obstacles. Some of those obstacles are certainly cultural. Like other poor people throughout the globe, many Lakota are perhaps too eager to help others and face tremendous social pressure to aid their ne’er-do-well relatives. But cultural obstacles pale compared to the restrictions the Federal government imposes upon reservation Indians.

Lamentably, few Indians in the Dakotas hold clear title to any real estate. Due to past Federal policies, most own only small fractions of land in partnership with hundreds of others. Moreover, many reservations are “checkerboarded,” meaning that plots owned by natives and subject to tribal law intermingle with lands owned by non-natives. Traditional lenders understandably want nothing to do with such complexities and until recently natives have found starting their own financial institutions daunting if not impossible. (A credit union finally opened on the Pine Ridge Reservation in late 2012.)

Most importantly, no Native American can trust the Federal government or its self-serving Bureau of Indian Affairs. Indian entrepreneurs, who are increasingly numerous, keep their operations small because they believe, rightly, that the government may not respect their property rights should they prove too successful. Reservation land remains subject to seizure and exclusive economic privileges, like casino gambling rights, have already been eroded in some states.

So the next time you think of the Dakotas, think North and South but think also free, prosperous, and republican versus repressed, poor, and autocratic.