Richard Pells is Professor of History Emeritus at the University of Texas in Austin. He is the author of five books, all of them on modern American Culture. This article is taken from his most recent book, “War Babies: The Generation That Changed America.” 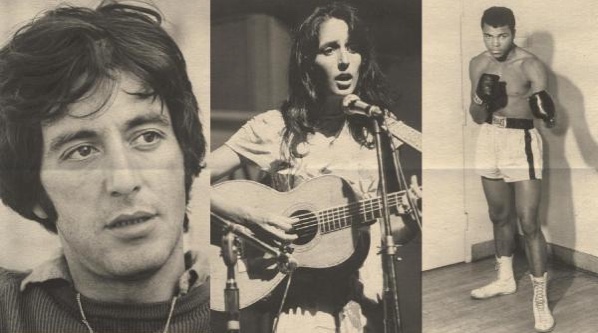 In 2009, I attended the fiftieth reunion of my high school class. We had graduated in 1959 from Southwest High School in Kansas City, Missouri. Each of my classmates contributed a one-page autobiography for a booklet commemorating our lives and adult triumphs. 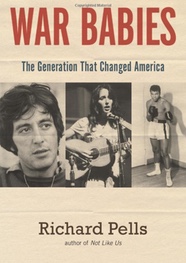 All of us had been born in 1940 or 1941. We had been young children during World War II and the early postwar years, and teenagers in the 1950s. Most of us—men as well as women—had graduated from college in 1963, and then gone on to pursue careers in law, medicine, business, or teaching, while also raising families. In short, we had enjoyed reasonably successful lives.

It occurred to me, however, that no one had ever written about us as a distinctive generation. There have been plenty of books about the adults who suffered through the Great Depression and World War II, and then thrived in the late 1940s and 1950s. (I’ve written two of those books myself.) And the baby boomers—those who were born after the war, or in the 1950s and 1960s—have been chronicled endlessly, maybe more than they deserve. But for those who were born between 1939 and 1945, the people I call war babies, there is a notable absence of recognition of their special existence or analyses of their achievements.

So as I began to contemplate a book about the war babies, and started to do research, I was astounded by how many members of this generation became leaders in American cultural and political life over the past fifty years. The list of war baby luminaries who helped create or reshape modern America is illustrious.

In journalism, Bob Woodward and Carl Bernstein, Tom Brokaw, George Will, and Roger Ailes were all war babies. Jesse Jackson and John Lewis, both war babies, were indispensable to the civil rights movement, as were Mario Savio and Tom Hayden to the emergence of a new type of radicalism in the 1960s. Two of the war baby athletes, Muhammad Ali and Billie Jean King, transcended their respective sports and were transformative figures in the larger society. And among the war babies who have had a significant impact on domestic politics and American foreign policy are John Kerry, Dick Cheney, Joe Biden, Nancy Pelosi, Barney Frank, and Richard Holbrooke.

Given this roster, it is difficult to conceive of a generation that had a greater effect on America’s music, movies, journalism, and politics. These were people who experienced as children the most global war in human history, followed in their adolescence by the Cold War and McCarthyism. As adults, they played crucial roles in the liberation of African Americans from one hundred years of segregation, the opposition to the Vietnam War, Watergate and the destruction of a Presidential administration, and later American wars in Iraq and Afghanistan. Along the way, they revolutionized America’s music and its movies. And they invented a culture and a politics that were more personal and individualistic than those of their parents. So the war babies are a special generation whose contributions to American life we have all come to share.

Normally, “generations” are defined over a longer time span. Yet the conception of a generation need not always encompass fifteen or twenty year eras. The notion of a generation depends on what its members jointly lived through and accomplished. The war babies constitute a unique generation not only because they were born during World War II, but because their experiences were different from their elders who endured the Great Depression or their children who emerged during the postwar baby boom, especially in the 1960s.

Moreover, the leading war babies were not just contemporaries who happened to be born around the same time. Many of them were friends and professional associates (as in the instances of Francis Ford Coppola, Martin Scorsese, and George Lucas, as well as Bob Woodward and Carl Bernstein, or Nancy Pelosi and Barney Frank). Occasionally they were classmates attending the same schools who discovered they had similar interests and ambitions (like Paul Simon and Art Garfunkel). Or they were participants in the same political causes (like Tom Hayden, Mario Savio, John Lewis, and Jesse Jackson). Hence, the war babies matured during the same years, and worked intimately with one another as adults—whether in movies, music, journalism, or politics.

My book, called War Babies: The Generation That Changed America, rests on four central themes. First, the war babies—not the generation of the Depression and World War II, or the baby boomers—produced the culture and the political attitudes we have all been living with ever since.

Second, the war babies were the architects of a value system that was less communal and more private, and more suspicious of the benefits of government policy, political power, and organizations of all types than were the members of what Tom Brokaw labeled the “greatest generation.” For the war babies, the idea of community that had animated their parents became by the 1950s and 1960s the fear of conformity. Consequently, the war babies’ efforts to change American society coincided with a quest for identity, an introspectiveness especially noticeable in the music of Bob Dylan, Joni Mitchell, Judy Collins, and Simon and Garfunkel. For the war babies, the realization of selfhood, the urge to distinguish oneself from the “lonely crowd,” coincided with a desire to transform their country’s institutions.

Third, the war babies’ perspective on America was darker and more pessimistic than either their predecessors or their baby boom successors, yet it was precisely this skepticism that characterizes American culture and politics today. Fourth, the attitudes of the war babies were primarily exemplified in their movies, music, journalism, and politics, attitudes that the baby boomers and their descendants absorbed but did not originate .

In sum, the members of the “greatest generation” were chiefly survivors, both of the Depression and World War II. And they helped construct a prosperous postwar America. The baby boomers inherited that America, and confronted a blizzard of technological innovations, new waves of immigrants, the excessive accumulation of debt, and intermittent cataclysms in the stock market.

But the war babies were the champions of cultural and political renovation. Their art and their activities transfigured modern America. Because of what they attained, they were as decisive as any generation in the history of the United States. So I regard this book as a tribute to, as well as a critical examination of, the role the war babies played in inventing a new America.