Will the U.S. Government Stand Alone in Rejecting Children’s Rights? 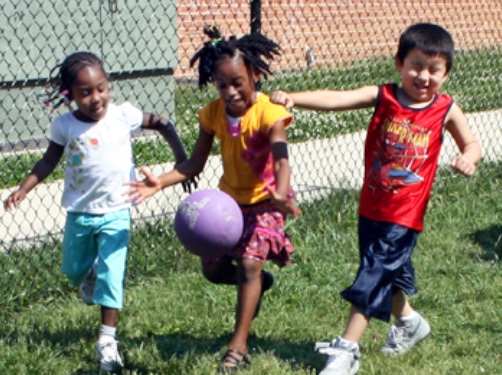 Within a matter of months, the U.S. government seems likely to become the only nation in the world still rejecting the 1989 UN Convention on the Rights of the Child. Sometimes called “the most ratified human rights treaty in history,” the Convention has been ratified by 195 nations, leaving the United States and South Sudan as the only holdouts. South Sudan is expected to move forward with ratification later this year. But there is no indication that the United States will approve this children’s defense treaty.

In the words of Human Rights Watch, the Convention establishes “global standards to ensure the protection, survival, and development of all children, without discrimination. Countries that ratify the treaty pledge to protect children from economic and sexual exploitation, violence, and other forms of abuse, and to advance the rights of children to education, health care, and a decent standard of living.”

It is hard to imagine why the U.S. government, which often lectures other countries about their human rights violations, should object to these humane standards for the protection of children. The administrations of Ronald Reagan and George H.W. Bush played an important role in drafting the treaty, which was signed by the U.S. government in 1995. Although the U.S. Senate has never ratified (or even considered ratifying) the pact, U.S. ratification is endorsed by the American Academy of Pediatrics, the American Association of University Women, the American Baptist Churches, the American Bar Association, the Catholic Health Association of the United States, the Child Welfare League of America, Church Women United, the Evangelical Lutheran Church of America, the General Federation of Women’s Clubs, Kiwanis, the National Education Association, the United Food & Commercial Workers, the United Methodist Church, and about a hundred other organizations.

What, then, is the problem? The problem is that treaty ratification requires support from two-thirds of the U.S. Senate―a level of support that has been lacking thanks to Republican Party opposition and, especially, the fierce hostility of the conservative Republican base, including groups like the Christian Coalition, the Family Research Council, Focus on the Family, and the John Birch Society.

A key allegation of conservatives is that the Convention “poses a serious threat to parental rights.” In fact, though, as Human Rights Watch observes, the treaty “refers repeatedly to the rights and responsibilities of parents to raise and provide guidance for their children.” Indeed, 19 articles of the treaty explicitly recognize the importance of parents and family in children’s lives.

In addition, conservatives argue that the Convention, as an international treaty, would override the Constitution of the United States, as well as federal and state legislation, thereby destroying American sovereignty. And, in fairness to the critics, it must be acknowledged that some current American laws do clash with the Convention’s child protection features. For example, in the United States, children under the age of 18 can be jailed for life, with no possibility of parole. Also, as Human Rights Watch notes, “exemptions in U.S. child labor laws allow children as young as 12 to be put to work in agriculture for long hours and under dangerous conditions.” Moreover, the treaty prohibits cruel and degrading punishment of children―a possible source of challenge to the one-third of U.S. states that still allow corporal punishment in their schools. But most U.S. laws are thoroughly in line with the Convention.

Perhaps the underlying objection of conservatives is that the Convention calls for government action to promote the health, education, and welfare of children. And conservatives oppose such action for everyone, including children, often quite effectively. Thus, despite America’s vast wealth, it ranks near the bottom of industrialized nations in child poverty (one out of six children), the gap between rich and poor, low birth weight, infant mortality, child victims of gun violence, and the number of children in jail.

Given the conservative opposition to the Convention, it is ironic that, even if it were ratified by the U.S. Senate, it would have little immediate impact upon the United States. As Amnesty International points out, “the Convention contains no controlling language or mandates,” and “no treaty can `override’ our Constitution.” Any changes in U.S. law would be implemented through federal and state legislation in a timeframe determined by the U.S. legislative process. Nor would any changes in American laws necessarily occur, for the U.S. government generally ratifies human rights treaties with the qualification that they not override existing American laws. In addition, “the United States can reject or attach clarifying language to any specific provision of the Convention.”

Even so, U.S. ratification of the Convention on the Rights of the Child would have an important effect on the treatment of children in the United States, just as the ratification of the Convention has affected behavior in other lands, for it would establish agreed-upon guidelines. Like other human rights treaties, the Convention would set humane standards that can be invoked in calling for appropriate government action. Kul Chandra Gautam, a former Assistant Secretary General of the United Nations, has termed it “a moral compass, a framework of accountability against which all societies can assess their treatment of the new generations.”

Praising the treaty, Anthony Lake, UNICEF Executive Director and a former White House National Security Advisor, stated recently: “The central message of the Convention is that every child deserves a fair start in life. What can be more important than that?”

Unfortunately, some Americans don’t think giving children “a fair start in life” is important at all.