The Myth of the Rational Actor

Susan J. Matt is a professor of history at Weber State University and the author of “Homesickness: An American History” (Oxford University Press, 2011). This article is based on a paper she delivered at the American Historical Association in January 2015. 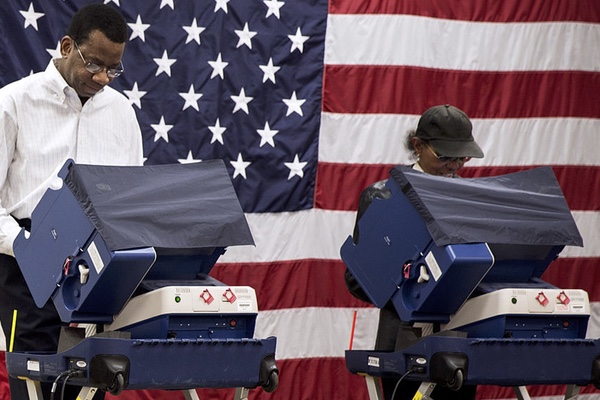 “Economic man” was born in 1844 when John Stuart Mill created him. More recently, he’s gone by other names including “Homo Economicus,” and “the rational actor.” Yet regardless of his name, he has been assumed to be a selfish, “calculating, unemotional maximizer.” While well loved by economists, this mythical creature provokes other responses in historians—and particularly historians of the emotions.

We worry most about his rationality. In common parlance, “rational” stands in opposition to “emotional,” yet many psychologists agree that emotion informs rational decision making. Likewise, emotion is more than unregulated impulse but has a cognitive component. So the line that separates emotion and rationality--if there is one--is murky.

Beyond that, what gets put on one side or the other of that line is contingent and arbitrary rather than reflective of some neurological divide. Even economists can’t agree on what constitutes rational behavior, as Lawrence Blume and David Easley explained: “Rationality is for economists as pornography was to the U.S. Supreme Court, undefinable but nonetheless easily identified; and yet . . . no two economists share a common definition.” If rationality is contested today, it was even more so in the past. In The Passions and the Interests, Albert Hirschman argued that many traits fundamental to capitalism only came to be deemed rational in the early modern period. Acquisitiveness, which economists suggest spurs rational, maximizing behavior, was, for most of Western history, a nasty, sinful passion. Only during the Renaissance and the Enlightenment was it redefined as an interest—as “self- interest.”

By the early nineteenth century, economists regarded rationality and market-based, self-interested activity as interchangeable. In 1844, John Stuart Mill sketched the outlines of this new rational, economic man, describing him “solely as a being who desires to possess wealth,” and “costly indulgences,” desires to procreate, and has “an aversion to labor.” Mill himself admitted that nobody had ever acted upon such a constrained set of desires. Nevertheless, the popularity of his construct grew.

While economic man gained followers, he also gained critics. Among them was Thorstein Veblen, who acidly mocked neo-classical economists for offering a “hedonistic conception of man,” that rendered him a “lightning calculator of pleasures and pains,” and a “globule of desire of happiness under the impulse of stimuli that shift him about . . . .” He argued that man was not “simply a bundle of desires that are to be saturated by being placed in the path of forces of the environment, but rather a coherent structure of propensities and habits which seeks realization and expression in an unfolding activity.” John Maynard Keynes likewise suggested “animal spirits”—actors’ non- market motivations as well as irrational actions they took in pursuit of profit—affected economies.

Despite these criticisms, economic man flourished, and during the mid-twentieth century, gained new life from Milton Friedman and his followers. Yet eventually emotion crept back into economics. Toward century’s end, a new subfield--behavioral economics—emerged, spawning dozens of studies documenting the irrational ways individuals made decisions.

Behavioral economists produced an array of enviably popular books including Daniel Kahneman’s Thinking Fast and Slow, Dan Ariely’s Predictably Irrational, and Richard Thaler and Cass Sunstein’s Nudge. Writing in a kindly if condescending tone, they promised to explain the “systematic” ways in which individuals were irrational and offered methods for overcoming this irrationality so that readers could maximize their interests. While they recognized the limits of rationality and acknowledged emotions’ role in human decisions, they often seemed saddened by the fact that humans didn’t calculate losses and gains mathematically.

They took aim at the rational actor, but just as neo-classical economists presumed universal, market-oriented rationality, behavioral economists assumed universal irrationality. Many suggested all minds were the same; prone to the same cognitive errors; and all emotions which interfered with the pursuit of self-interest were identical across time and space. In short, they minimized culture’s role in mental life and individual choice.

Not only did these books ignore culture but they suggested that economic actors stood outside of time. Indeed, often the only history mentioned is prehistory. All sorts of modern capitalist behaviors, both rational and irrational, are explained in terms of early humans’ evolutionary responses to ancient threats and benefits. This reliance on evolutionary biology is an attempt to naturalize what is actually a new, culturally constructed style. Yet if economists are to be believed, only the Pleistocene left its mark on human character. Since then, human personality has been oddly untouched by historical contingencies.

Historians can remedy this. They can enrich economic analyses by tracing the rise and fall of particular emotions and emotional norms, for many feelings have prompted capitalist behavior and should be studied historically. We need a social history of selfishness—the feeling presumed to be central to market behavior. The word selfish entered the English language only in the 1640; self-interest joined it in 1649. That new words were created suggests that new behaviors—as well as concerns about them—developed as markets expanded.

Likewise, we need a history of optimism. Keynes regarded optimism as an innate, “animal spirit,” necessary to economic activity. Yet, in reality, some cultures have displayed more optimism than others. To understand capitalism’s rise, we need to understand optimism’s rise. Likewise envy: over the course of the last two centuries, it was transformed from a sin to an economic stimulant. What of constancy and consistency? In rational choice theory, this is a key trait of rational actors, whose preferences are expected to be unchanging; yet as Joyce Appleby illustrates, until the seventeenth century, humans were portrayed as “thoughtless and capricious.”

It is time we recognize that rationality is an elusive quantity, defined and redefined by social habit and market forces, and that rational man is a chimera. His purported behavior has not held steady across the centuries, nor has his personality. Yet economists have clung to this abstraction because he is a convenient factor in their equations. Robert Heilbroner remarked, “Mathematics has given economics rigor, but alas, also mortis.” To breathe new life into their studies, economists should create a new homo economicus—one who acts on more than self- interest and whose emotions change over time. Such a creature may not fit into math equations as easily as the rational actor did, but he will more accurately reflect how and why individuals make the economic choices they do.