Why It’s Time for a New Wave of Constitutional Amendments

David O. Stewart, a lawyer and writer in Washington, is the author of “Madison’s Gift: Five Partnerships that Built America,” which will be released on February 10, 2015. 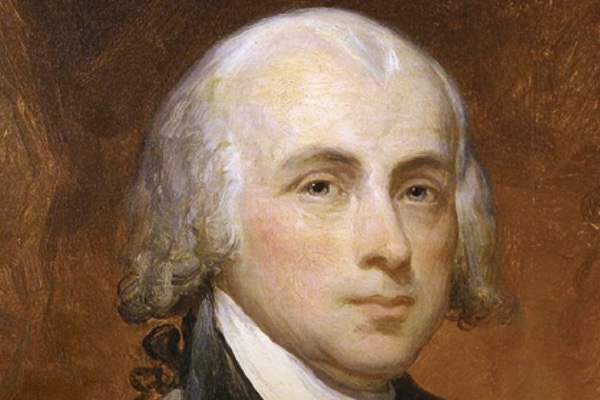 James Madison and the other delegates to the Constitutional Convention of 1787 did not suffer from the Constitution-worship that sometimes afflicts American politics. They took care to include an effective process for amendments, since they thought the document was bound to be flawed.

Indeed, many condemned the Constitution at first. Three major states (Massachusetts, Virginia, and New York) ratified by whisker-thin margins. Neither North Carolina nor Rhode Island joined the new republic until after the government was formed. The founding generation drafted thirteen out of the twenty-seven amendments adopted so far. 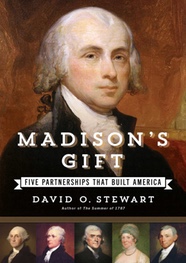 These failures are not solely the fault of small-caliber politicians and a somnolent citizenry. We need structural changes. As Madison insisted in 1788, experience “points out the faults which really call for amendment.”

Amending the Constitution requires a two-thirds vote by each house of Congress, then ratification by three-fourths of the state legislatures (today, that means thirty-eight states). The process is difficult, but previous generations have made it work.

First Wave: The Framers Fix Their Own Mistakes

Soon after releasing the Constitution, many denounced it for omitting protections for individual rights. Madison moved swiftly in the new Congress to correct the error. By fall 1789, twelve proposed amendments were on their way to state legislatures. Ten, our Bill of Rights, were ratified.

These first amendments protect free speech and freedom of conscience, restrict searches and seizures, and restrain the treatment of those charged with crimes.

By the end of the nation’s first decade, the Constitution’s presidential selection process had failed. In 1796, it produced a president and vice-president from opposing parties (John Adams and Thomas Jefferson). In 1800, Jefferson finished in a tie with his own running mate, Aaron Burr, a stalemate resolved only after thirty-six nerve-wracking ballots in the House of Representatives.

The elector system didn’t work with a political party system that produced slates of candidates, a development the Framers didn’t foresee. In 1804, the Twelfth Amendment applied a band-aid to the flaw, directing electors to cast separate votes for president and vice-president.

After sixty years without amendments, the Civil War demonstrated more constitutional flaws. Three post-war amendments transformed the relationship between Americans and their governments, though the full extent of that transformation was not realized for a century.

The Fourteenth Amendment aimed to impose Reconstruction on Southern states. It also guaranteed citizens due process of law and “equal protection of the laws” against states, shifting the balance between federal and state powers.

The Fifteenth Amendment guaranteed voting rights to black men, though many states circumvented this guarantee for years.

The Third Wave: Progressives and Populists

At the turn of the twentieth century, industrialization spawned the populist and progressive movements, which brought with them four more amendments.

The Sixteenth Amendment authorized a federal income tax, while the Seventeenth took the choice of United States senators away from state legislatures and gave it to the people. The Nineteenth Amendment extended the vote to women.

The Eighteenth Amendment banned alcoholic beverages, but produced both a violent black market and broad contempt for the law. The Twenty-First Amendment repealed it.

The Fourth Wave: Tinkering At Mid-Century

After defeating fascism in World War II, Americans adopted five amendments to improve their own government. The Twenty-Second limited presidents to two consecutive terms. The Twenty-Fifth set procedures for replacing a disabled president and filling a vice presidential vacancy.

Three other amendments gave electoral votes to the District of Columbia, banned poll taxes, and established the 18-year-old voting age.

No substantive amendment has been adopted in forty-four years. Several should be to inject fairness and responsiveness into a government ever more remote and dysfunctional.

Congressional Districts – The Framers thought the House of Representatives would shift with public opinion, while the Senate would provide stability. The opposite happens now. Over the last sixty years, House majorities have changed only three times, less frequently than the Soviet Politburo. Over the same period, the Senate has changed hands six times.

The reason? Gruesomely distorted congressional district lines – sometimes called “bug-on-a-windshield” -- entrench incumbents. In most districts, cross-party challenges are impossible. Incumbents fear only challengers from within their own parties, which has made political moderation a near-fatal condition.

A few states (like Iowa, Washington, Arizona, and California) have moved to end such districting distortions. A constitutional amendment should require that House districts have compact, regular shapes that respect city and county lines, without regard to residences of incumbents.

Campaign Money – By holding repeatedly that the First Amendment protects political contributions, the Supreme Court has denied Americans the power to regulate elections and has made big money the central reality of today’s politics.

In 1998, campaign spending totaled a bit over $1.5 billion. By 2012, it quadrupled to nearly $6.5 billion. With spending shielded from public regulation, we risk descending into a plutocracy dominated by oligarchs.

A constitutional amendment should restore to Congress and state legislatures the power to limit campaign spending.

Popular Election of the President – At the Constitutional Convention, most delegates detested the idea that the unwashed populace might vote directly for president. It was the equivalent, sputtered George Mason of Virginia, of asking a blind man to select colors. Also, poor communications and transportation posed practical obstacles to nationwide balloting. As an alternative, the Framers came up with the elector system.

Under that system, presidential races now focus exclusively on “battleground” states, where the electoral votes might shift; in 2012, that was only nine states. The message to citizens in the other forty-one states was plain: their votes did not matter. No wonder voter turnout suffers.

The elector system also produces presidents who do not win the popular vote. It happened in 1876, 1888, and 2000. It will again. Such outcomes are alienating and (by definition) undemocratic.

It is no longer the eighteenth century. We believe the people are sovereign. We can conduct a nationwide election. An amendment should provide that the president shall be the candidate who wins a popular majority. If no candidate commands a majority, a run-off between the two top finishers should occur within two weeks. Fifty states and scores of nations choose chief executives by direct vote of the voters. So can we.

Voting Rights – The initial Constitution was silent on voting rights, allowing the states to define them. Six amendments have extended those rights, yet voters still confront barriers to balloting.

A constitutional amendment should establish that a citizen’s right to vote shall not be abridged unless that person is incarcerated for a crime.

The public needs vigorous steps to refresh our democracy. History tells us that current political leaders are unlikely to lead that effort. They are the products of the status quo. Amendments must grow from grass-roots campaigns.

Madison expected that every generation would shoulder the task of amendment the Constitution to fit changing times. Previous generations had the courage and vision to do so. So should we.