What Would Happen If Humanity Was Suddenly Rebooted?

Roland Hughes, an IT specialist, is the author of “John Smith – Last Known Survivor of the Microsoft War.” 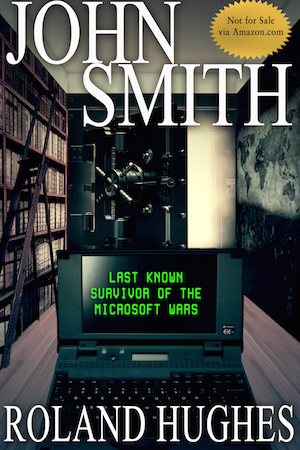 Frazier Thomas used to host Family Classics which aired quite a few “edited for family content” movies. One such movie was The Time Machine from 1960. It ends with a philosophical question along the lines of “which three books would you take to recreate humanity?” In today's world we could possibly have various capsules the size of a minivan squirreled away around the globe, but what to put in them? How much of Humanity M.X has to survive in order for your minivan of content to be useful? What language and media type would you use to reboot the human race?

Libraries and universities have to be the places where this question is not only answered, but the solution, whatever it turns out to be, implemented. Governments cannot be involved in such a discussion, nor should they be informed of it. With governments come agendas and with agendas come catastrophe. We need look no further back in history than the recent Arab Spring to see how the involvement of agendas brings ruination to what started out with great joy and hope. Each agenda trying to create its own definition of Utopia oblivious to the fact Utopia cannot exist without many of the things one doesn't want in their Utopia just to support its existence. This is one of the points the movie Elysium was trying to drive home.

I have never actually watched the show Doomsday Preppers but I have seen commercials for it and read some things put out by followers of the movement. It is fine from a “me and my family” point of view, but it ensures the human race starts from scratch yet again. The entire point of this minivan sized knowledge store is to ensure when what is left of the human species swims to the top of the flood waters or reaches up from the ashes to find an earth with virtually nothing from the past that they don't start from scratch.

Before the government of the United States went off spending hideous amounts of money on pointless wars, many scientists had plans for that money and their own idea of how to solve this very problem. We don't hear much about establishing a colony on the moon anymore, but as recently as last year the plans for the Mars colony surfaced with completion date some time in the 2030s. It wasn't widely talked about, probably because so few believed they could achieve it, but those colonies were supposed to be the off-site backup for the human race. Should some global event wipe out most or all life on planet Earth, the human species would neither end nor be starting from scratch yet again.

If the American government bothered to do anything about this question it would have happened during the cold war when the missile silos were built. We have all seen the stories about our nuclear launch systems still using 8 inch floppies. I recently visited the Evergreen Air & Space Museum and saw a decommissioned launch control center. 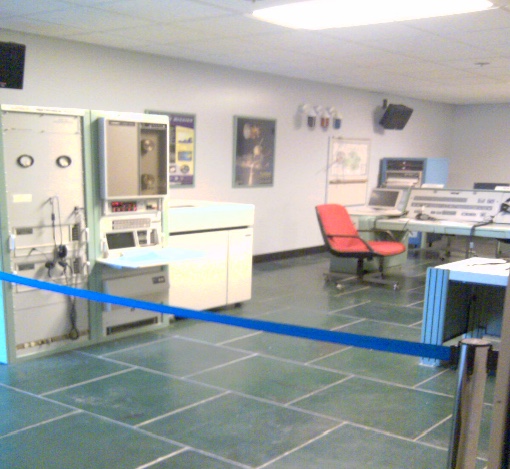 The upright tape drives brought back memories of my early days in IT. Still being an IT professional and knowing a bit about the lifespan of magnetic media I had to wonder just how much critical information was still stored on this media forgotten in a vault somewhere? I also have to wonder just how many functional 8 inch floppy and upright tape drives there still are in the world? Unlike the remnants of Ancient Egyptian knowledge, magnetic media will not allow the next reboot of the human race to stumble across a Rosetta Stone and suddenly be able to decipher it.

If we were not having significant reboots of humanity we would not have The Seven Wonders of the Ancient World. While many may wish to debate the content of of said list the why of such a list existing should not be open for debate. The human race repeatedly lost the skill and knowledge required to create such things. In the past, each time humanity rebooted (or civilizations feel as some prefer) the human race mostly started from scratch.

The entire point of this op ed is to get you, the learned few in the hallowed halls, to focus on gathering all of the basic knowledge in a form which will survive flood, fire, and nuclear winter. Store copies of this information in various locations around the globe. Forget putting it on the Internet because everything you take for granted won't survive. A hospital full of doctors and nurses will be of little use if we no longer have the ability to make aspirin. Books on building with brick and wood will be of little use if you don't have the knowledge of how to cure wood, fire brick and make mortar.

What we are talking about here isn't the same knowledge which is taught in schools per-se. We are talking about the basic knowledge of the human species divorced of religion and creed. A capsule containing enough information that an adult human who either never learned to read or does not know the language of the capsule can teach themselves to read at a fourth grade level. All other knowledge, such as the making of simple tools, mining of ores, smelting of metal, making of medicines, husbandry of the land, etc. will be written at that fourth grade level without being splattered with scientific terms and words beyond their grasp. All the knowledge of the world is of little use if it cannot be read.

In my recent book,  John Smith – Last Known Survivor of the Microsoft Wars, one statement by John Smith seems to be striking a chord with readers: “Beginnings, no matter how important they are, get forgotten.” The Great Pyramids are a mystery for a very simple reason. Cutting and transporting huge stones was such a common skill nobody wrote it down on something which survives to this day.