Charles Spencer, author of "Killers of the King: The Men Who Dared to Execute Charles I," was educated at Eton College and obtained his degree in modern history at Magdalen College, Oxford. He was a reporter on NBCs Today from 1986 until 1995, and is the author of four books, including the Sunday Times bestseller "Blenheim: The Battle for Europe" (shortlisted for the History Book of the Year, British National Book Awards) and "Prince Rupert: The Last Cavalier." 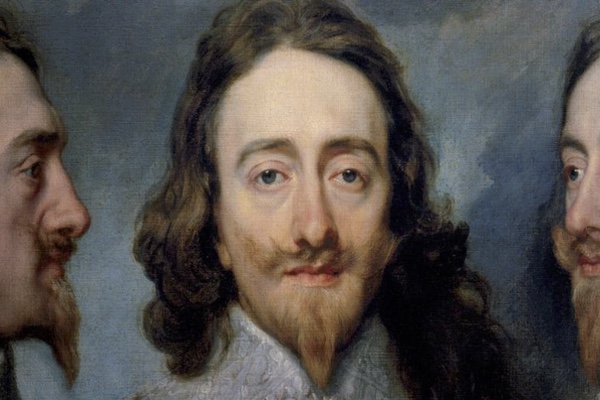 History was always my favorite subject at school, propping me up when math and science left me flummoxed, and kindly seeing me all the way through my academic career, eventually even steering me through Oxford University. It's lucky to love a school subject, of course – but it's a privileged gift when that connection continues on into adult life. 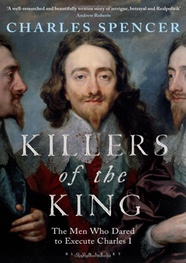 I write History now as part of my professional output – I also run a literary festival, and a traditional (indeed, historic) English estate – and it's a total joy to come across a topic that makes you think, "Yes! That's a great subject!" And, after that, if the euphoric feeling remains with you for a week or two (it often evaporates - usually overnight), then that can be enough to convince you to invest two or three years of your life in bringing it to book form. You then embark on a project that will, for good or bad, be part of your life's legacy.

I like to find forgotten stories or characters, and bring them back from obscurity. A decade ago I published a volume on a battle so obscure – Blenheim – that not many British people knew anything about it. Yet it was a crucial tussle, when Louis XIV of France was denied the chance, after 60 years of thumping military triumphs, of effectively becoming Emperor of Europe. It was also the first time in 300 years that the British army put together a winning performance overseas.

Forgotten because schools no longer taught the rather dry period of the early 1700s, I felt certain that it deserved to be remembered. The book was lucky enough to catch a wave, even nudging Bill Clinton off the top of the London Evening Standard's bestseller list. My follow-up was a biography of one of the more flamboyant figures in the English Civil Wars (which took place 220 years before the American one) – Prince Rupert of the Rhine: one of the great men of a tumultuous age, he was dashing enough to be portrayed on screen by Timothy Dalton, in his pre-James Bond days. But, again, Rupert – charismatic soldier, pioneer of the race to open up Canada, patron of artistic and scientific invention – had become largely forgotten.

My latest book, Killers of the King, is the work I'm most proud of, and most excited by. It's a year or two now since I said to my wife, Karen: "You know what, I actually think people will enjoy reading this one". It was a comment so ridiculous, that she made me repeat it out loud very slowly, before pointing out that – from that moment on - I should only serve up tales that had general interest. She is Canadian: she hails from a race known for its solid good sense.

What Karen said is certainly a good starting place. How many people have been turned off History through the dull, self-absorption of an uninspiring teacher, grinding through facts and trends, spitting out dates like cold metallic hooks on which to hang a regurgitation of their dry thesis? Too many.

History, in my view, only comes alive when we connect with characters. We are humans, and we like to people-watch. A study of personalities from the past teaches us about ourselves, today. It reassures us that we, as a species, really haven't changed that much in a few centuries – our sophisticated, cruel, and hugely intelligent race still hides behind religion as a cloak for political advantage, still vilifies our neighbors in order to justify putting them to death and taking what is theirs, and still gorges on selfish desires. At the same time we are enthralled by stand-out behavior, be it signal bravery, or dastardly deeds.

My Killers of the King embraces all that is awful and admirable in the human condition. It is, I guess, a factual, 17th century, version of Game of Thrones. It tells of British civil strife, when more people died (per head of population) than in any other conflict – even the killing fields of the First World War. It was a clash between the ancient idea of kingship as a God-given position, and the aspirations of Parliament, determined to have its voice heard, its opinions matter. All this was spiced up with rich, religious, juices, and surprising social upheaval.

The wars resulted in the defeat of a king – Charles the First – and, after his continued double-dealing could not be stopped, his speedy trial and execution: they chopped his head off in front of his London palace. Then England experienced a decade as a republic: this country, so famed for its royal family today, did without one briefly, three and a half centuries ago. Eventually this experiment descended into chaos, and the heir to the executed king was invited back from penniless exiled in Europe in the hope that he could guarantee peace. The new monarch promised not to seek revenge against the 50% of the nation that had fought his family. But, once safely on the throne, he set about hunting down the survivors of the 80 men who had prosecuted, tried or beheaded his father.

The action takes place in Britain, in mainland Europe, but also in Massachusetts and Connecticut – three of the killers of the king hid on American soil, desperate to avoid the chillingly cruel death meted out to their comrades: hanging, drawing and quartering, a degrading and agonizing end with mutilation and gutting preceding death. None of the trio was caught. The king was so furious with the people of New Haven for not handing them over, that he struck out that colony's independence, and had it forcibly absorbed by Connecticut.

This dramatic tale sounds far removed from today, but it is not. Many of the killers of the king that I write about did what they did because they knew an obscure verse in the Old Testament Book of Numbers that justified their actions: it told them that, if a country is to end its bloodshed, "that Man of Blood" who started it all must be put to death. Organized religion still provides many with guidance that they believe to the end. Texts written many centuries earlier can be twisted to justify a course of action. History is about the past, but it resonates today. We never change. History is the story of man – past, present and future.

© 2015 Charles Spencer, author of Killers of the King: The Men Who Dared to Execute Charles I