What Happens to Historians' Papers After They Die?

Erik Moshe, an Air Force veteran, is a student at Broward College and an HNN intern.

Tristram Hunt, a British historian and MP who sits on the all–party Parliamentary group on archives and history, once said: "History is an asset in this country. It's a natural resource, like oil. We have a lot of it and we need to take care of it."

We may find that historians are typically self conscious record keepers, and some are particular about where and when the fruits of their lasting legacy will be distributed. The preservation of these materials are essential to the professional practice of history. Archives maintain records having historical value as well as records which are permanently retained for legal or fiscal reasons. Many professional historians are professors, and their papers are naturally given to the university archives where they taught. The Society of American Archivists (many historians and archivist jobs overlap) encourages the donation of "family" and professional papers.

Below are a few examples of how historians or their colleagues and loved ones helped to preserve their historical work, so their important studies could be accessed by the public in perpetuity, even when they have passed on.

After Edward Gibbon's death, his close friend Lord Sheffield had his remains placed in his own family vault in Sussex, England. Sheffield also compiled and published Gibbon's memoirs and other miscellaneous works. He did this in order for the reading public to have an opportunity to gain a broader insight into the historian and his overall body of work. The collection, which can be found in Stanford University's Manuscript Division, also contains a memorandum of an agreement, signed, between Lord Sheffield and John Murray, for publication of Gibbon's Miscellaneous Works.

A Harvard professor and founder of the Boston Public Library, George Ticknor developed his collection while traveling through Spain and Portugal in 1818. He decided to purchase Spanish books because they were so rare in the staple book markets. The destruction of books during the Inquisition had been very great, and few copies remained of many fine works. The collection was bequeathed to the library in 1871; Ticknor also left a bequest of $4,000 for a trust fund, the income of which is devoted to maintaining the integrity of the collection, which has grown to its present size from an original bequest of 3,907 books.

Fernand Braudel was a French historian who died on November 28, 1985; however, in death, he became even more productive than he had been in life. His wife Paule devoted herself to managing her husband's legacy. This undertaking included bringing out a number of Braudel's unpublished or less well-known works. The most substantial of his posthumous works grew out of the project that occupied his final years, a history of France. When he passed away, headlines in France hailed him as "the man who reinvented history." His wife Paule was not hailed as the woman who gave it that extra nudge, but the newspapers can be forgiven every once in awhile.

Cyril Lionel Robert James, a West Indian historian, was one of the preeminent political intellectuals of the Caribbean in the twentieth century, and his papers had been acquired by Columbia University’s Rare Book & Manuscript Library. At the time of his death in Britain in 1989, tributes to James came from all corners of the African diaspora, and beyond. The collection was in James’s possession at the time of his death, and was subsequently offered for sale.  It was purchased by the University of the West Indies, St. Augustine.

Sadye Wier taught many others a variety of tasks during her career, and realized she needed professional help with the writing of a book. The book was to be about her husband, Robert Wier, who was a black barber serving a white clientele during the days of segregated Mississippi. She turned to a historian, who interviewed her extensively and used the material she had saved. The result was a biography of her husband. Later, Sadye Wier worked with a librarian to produce a book of remembrances about her own life. She recognized the importance of the material she had saved and created and, in her last will and testament, named the same historian as her literary executor. He was given authority to make sure all the materials she had saved, but never organized, would be donated to Mississippi State University. 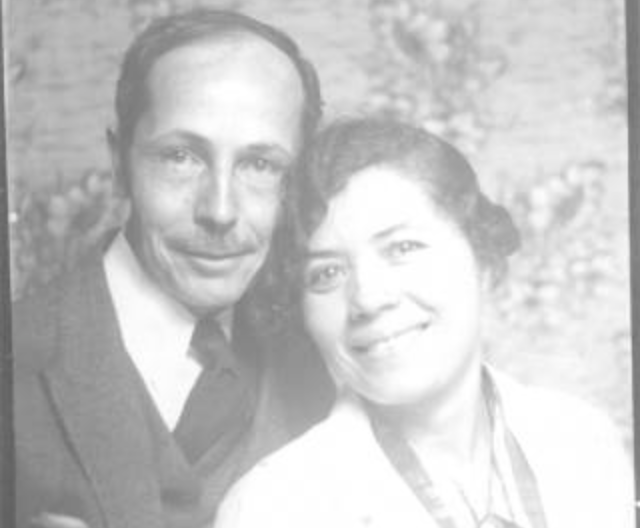 After earning his MA and PhD from Columbia, Richard Hofstadter joined their faculty in 1946, and remained at the University until 1970, the year that he died from leukemia. Hofstadter's correspondence, manuscripts, and notes are kept in a collection at Columbia University's Rare Book and Manuscript Library. This collection contains the manuscripts for most of his books and articles. The institution's stewardship of the papers solidifies Columbia's claim as the main archive of Hofstadter materials.

John Hope Franklin was a historian specializing in Southern and African American history. The John Hope Franklin Papers span the years 1889-2009, and document Franklin's professional career as a historian, as well as his personal life and political interests. "John Hope Franklin always wanted his papers to have an academic home where they would get into the hands of students and scholars quickly," his son John W. Franklin said in a press release. "He wanted to make sure that they would be used. We found such a home for his papers in the David M. Rubenstein Rare Book and Manuscript Library of the Duke Libraries, with a dedicated staff to care for the collection."

Don Carpentier was a historian with an an international reputation as the maker of historically authentic pigments, paints, mortar, ironwork, wallpaper, pottery and cabinetry. Of all of his talents and possessions, his mock village, Eastfield, was dearest to him. Carpentier collected more than twenty buildings and their contents to serve as a laboratory, allowing participants the opportunity to study, handle and utilize thousands of architectural elements, tools and typical artifacts of the late 18th-early 19th centuries. Parts of several movies were also shot among the historic buildings. In the early 1990s, Carpentier created the Historic Eastfield Foundation, which he said would help preserve and enhance his work when he no longer could.

Gerda Lerner, who died at age 92 in January 2013, was a pioneer in the field of women’s history. Lerner contributed more than 25 linear feet of her papers to the Schlesinger Library over 35 years. The collection doubled in size in 2013 with the gift of additional papers by Lerner’s children. Although the Gerda Lerner papers focus primarily on her life in the United States and her professional life as a historian and activist, a substantial amount of materials also offer a window into her early years, which shaped the woman she became.