A Black Captain America is Nothing New

by Patrick Hamilton and Allan Austin

Patrick Hamilton, Associate Professor of English, and Allan Austin, Professor of History & Government at Misericordia University are currently finishing a book on race and superheroes since World War II. 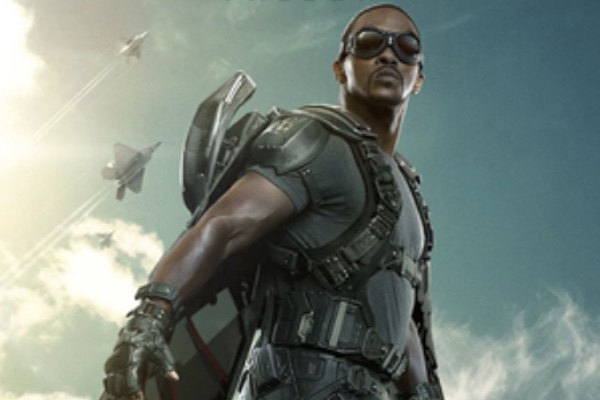 If you’ve been paying any attention to comics recently, you probably know that Captain America is now black.  (Even if you are not an avid reader, the new Cap has certainly drawn a good deal of attention in the wider media, too.)  While the monetary motives behind Marvel's decision to make such a dramatic change are not hard to guess—gin up some publicity, increase sales, set up the inevitable and lucrative return of the original Cap Steve Rogers down the road—the transition to a black Cap also reflects the continuing struggle with race in America today.

Such race swapping is hardly new to comics. The 1970s and 1980s saw this approach adopted at Marvel, where black versions of Iron Man, Goliath, and Captain Marvel appeared, while rival DC introduced a black Green Lantern.  Comics have deployed this tactic with increased regularity since the 1990s as part of an effort to diversify their stable of heroes. In addition to (often temporarily) black versions of Superman, Captain America, Firestorm, and Mr. Terrific, the end of the twentieth century saw a Latino Blue Beetle and a Chinese Atom.  More recently, DC re-introduced Wally West, the Silver Age Flash’s white kid sidekick, as an AfricanAmerican and Marvel debuted a new teenage version of Ms. Marvel: the Muslim American Kamala Khan. The new Captain America—Sam Wilson, previously The Falcon—is but the latest iteration of a decades-long pattern of diversity through race-swapping, an approach to multiculturalism that has often foundered, as Wilson’s history and current story arc suggest.

While Sam Wilson’s creators undoubtedly hoped that their new hero would challenge negative stereotypes of African Americans when he debuted in 1969, their presentation of the black hero struggled to escape other tropes of blackness in America.  Grounded in Harlem—as so many black heroes have been ever since—Sam Wilson was raised by a minister and a social worker, positive role models to be sure, but still little more than stock black characters. And their positive influence was limited, too, as Wilson lapsed, again stereotypically, for a while into gang life after their untimely deaths.  While he ultimately chose a more heroic path as The Falcon, Wilson has historically struggled to present something really “new” for blacks in American popular culture: a truly human and fully recognized character not defined by stereotypes, either positive or negative.

Also not new in the “new” Captain America is the ethnic replacement’s struggle to measure up to the original. Such a conflict is not new to Falcon: in the 1970s, when the original Cap briefly gained super strength, Falcon’s feelings of inferiority prompted him to get his by-now characteristic wings, the black man’s first effort to “measure up” to his partner. The new Captain America’s first appearances have already established how much he remains not equal to the original. In the current crossover series Axis, the new Captain America, like several other heroes, has been “inverted” into a darker version of himself: selfish, tyrannical, and violent to the point of echoing more Marvel’s anti-hero The Punisher than the patriotic hero whose shield he bears (and now uses to break the bones and faces of his opponents)! Even in the first issue of his own title—All-New Captain America—the new Cap falls short. His white sidekick Nomad handles the iconic shield with greater dexterity, and the issue’s foe, perennial punching bag Batroc the Leaper, chafes at fighting a hero he still sees as an “errand boy” and “sidekick.” This replacement’s inferiority will only be reinforced by the inevitable return of original Cap Steve Rogers to the role, an inferiority that only complicates if not frustrates the putative aims of putting a black character in this costume.

​The inability of Sam Wilson’s creators—and readers—to imagine him unconstrained by long-held stereotypes and tropes echoes a too familiar problem in the United States today as rioting erupts in places like Ferguson, Missouri.  As Americans watch events unfold on their television screens, stereotypical understandings of African Americans—long projected by the news media and reinforced by comic book characters—too easily shape our understandings of current events.  While it is convenient to divide the world into progressive, peaceful, and well-intentioned blacks on one side and violence-prone looters on the other, the world is more complicated than our media and popular culture portrays.  Until Americans can transcend these over-simplified understandings of our racially vexed history and society, these struggles will likely continue and our superheroes will be unlikely to save us from ourselves.