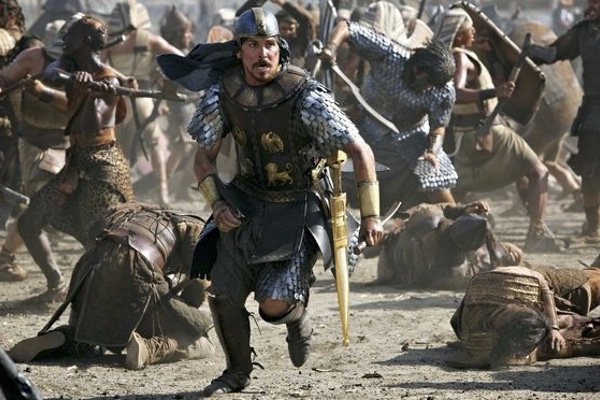 First it was protestors lined up in front of the Metropolitan Opera House in New York last autumn in an attempt to get the Met to shut down its production of the opera The Death of Klinghoffer, that told the story of an old man killed on board a cruise ship in the 1980s by terrorists. The Met stood firmly behind the opera and produced it anyway. Then, a few months later, it was Kim Jung Un, the defiant dictator of North Korea, who was offended by The Interview, a movie in which there is an attempt to assassinate him. Somebody (the U.S. government said it was North Koreans) then worked overtime to hack into the files of Sony Pictures, the company that produced The interview, and made the private files, reports and emails of many Sony executives’ public, embarrassing them. Then the movie hackers threatened all of America’s movie theater chains if they screened The Interview and the chains caved in. Sony later got its back up, though, prodded on by President Obama and others, and screened the film online and in 300 independent movie houses. As if all of that fist pumping and table thumping by the North Koreans and politically enraged opponents of The Death of Klinghoffer was not enough, though. A censorship board in Egypt last weekend banned Exodus: Gods and Kings, the story of Moses leading his people out of captivity in that country. Members of the board in Cairo claimed that that the film was historically and religiously inaccurate and had hardly any Egyptians in the movie about Egypt. Morocco banned the film, too.

What all of these self-appointed censors did was not ground breaking. Organizations of some kind have been censoring films, plays, operas and books for more than a hundred years. The United States is guilty, too. Even individual states and cities here have done it. Remember “Banned in Boston”? Most of the bans were over sex, though. What makes these current efforts at blatant censorship particularly gruesome is that they are historical, religious and political – not just about people taking their clothes off.

Those who ban, censor or pervert history destroy it. Look at the two biggest history and political censor offenders – Adolf Hitler and Joe Stalin. Those dictators banned works of art at a record pace. That’s some company for Kim Jung Un, the Egyptians and the Klinghoffer critics to keep.

Every so often, censors around the world have banned movies, operas, plays and works of art. Political censors targeted works that made one want to scratch his/her head. The Chinese banned Martin Scorsese’s Oscar winner The Departed because in it was a line that China would drop nuclear bombs on Taiwan. Egypt recently not only also banned Noah (they must have a thing about the Bible), but shelved the Jim Carrey film Bruce Almighty and The Da Vinci Code. The Da Vinci Code?

There have always been films banned because of politics. From 1919 to 1930 the United Kingdom, France and Spain all banned Battleship Potemkin, the Soviet silent movie. Juan Peron, the strong man of Argentina, banned the Three Stooges when they released a Hitler mocking film I’ll Never Say Heil Again. Saddam Hussein banned the movie South Park: Bigger, Longer, Uncut because its characters made fun of him. The government of Kuwait would not screen Michael Moore’s documentary Fahrenheit 911. Tajikistan banned Sacha Cohen’s movie The Dictator because the main character resembled its head of state. Indonesia banned The Year of Living Dangerously for more than twenty years because it made their government look bad.

The banning of books over the years has been just as irksome. In 1931, China banned Alice in Wonderland. Germany banned All Quiet on the Western Front, about World War I. in the 1920s and The Great Dictator (Charlie Chaplin’s parody of Hitler) in the 1930s. Frankenstein was shut down by South Africa in 1932. Lolita, about the teenaged girl with her hormones in overdrive, was banned by numerous countries in 1955. Canada banned Norman Mailer’s seemingly harmless World War II novel The Naked and the Dead, in 1948.The Russians banned George Orwell’s Animal Farm in 1948. Aldous Huxley’s Brave New World was put on the shelf in both Ireland and Australia

The United States has been just as guilty. Over the years, books such as Catch-22, The Grapes of Wrath and Elmer Gantry have been swept off the shelves by state censor boards. All black films were not permitted to be shown throughout many southern states in the 1930s and ‘40s (in one mainstream movie, little Shirley Temple danced with African American Bill Robinson. Shirley held his hand in the dance. When the film was shown in Southern theaters, they danced without holding hands).

Censors beat their chests in triumph, but what do their actions really do?

First, the public barred from the theater gets defensive, especially if the censoring is done by another country. Hundreds of people across America told reporters last week that they were not seeing The Interview because it might be a good movie, but because it had become the patriotic thing to do. One woman in New York said with bursting pride that it was her “patriotic duty” to see the movie.

Second, it just whets the appetite of everyone to see the banned movie. There must be something really wicked in it, right? Don’t want to miss that. When I was a kid, the Catholic Church had its notorious Legion of Decency that rated movies. Each Sunday it published its list of condemned films and many of the people in the parish would grab the list and race out to see the condemned films.

Third, the banned movies do get aired and the books read eventually. The Interview received very poor reviews and would not have earned much money in a normal release. Now Sony is figuring out ways to re-release it many times over. It earned $15 million or so online and in small theaters in less than a week. Can Netflix be far away? Exodus did do well in its first weekend, over $25 million in ticket sales, but received poor reviews that might have hurt its extended business worldwide. Not now. Many people are going to see it now just because Egypt banned it. Nobody ever read Catch-22 after California banned it? The Grapes of Wrath is on just about every library shelf in this country, required reading in many schools and shown on television relentlessly. All Quiet on the Western Front is considered a hit and film classic by scholars the world over.

Censorship also attracts attention. When the Russians banned Boris Pasternak’s novel Doctor Zhivago (slated for a New York opening as a musical this spring) in 1958, they drew worldwide attention to it and the work won the Nobel Prize for Literature. Lady Macbeth of Mtsensk, an opera banned by Joe Stalin, is promoted as the “banned” opera wherever it plays and sells tickets. Dying for It, originally titled The Suicide, a play that Stalin banned in the 1920s, is opening in New York next week and all the publicity is about the ban, not the play.

Finally, censors ban perfectly fine movies over small political and historical objections. Look at the aforementioned Catholic Legion of Decency. Among the movies they condemned and told all Catholics not to see were Psycho, Never on Sunday, Spartacus, Some Like It Hot, The Last Picture Show and Rosemary’s Baby. They were all Oscar winners and later considered film classics. They are all shown in film schools today. So what did the censors know, anyway?

Countries or organizations that censor or outright ban movies, plays and operas do not demean the work of art; they demean themselves. Countries, states and cities should not play God. Don’t change history or influence politics. Let the public see a movie, play or opera or read a book and make up its own mind on whether it is acceptable work. Free films and plays equal a free society and censored plays and films are the earmarks of an oppressive one.