Is this the Solution to Partisan Gridlock in Washington?

Gregg Herken is an emeritus professor of modern American diplomatic history at the University of California, and author of “The Georgetown Set: Friends and Rivals in Cold War Washington,” to be published this month by Knopf. 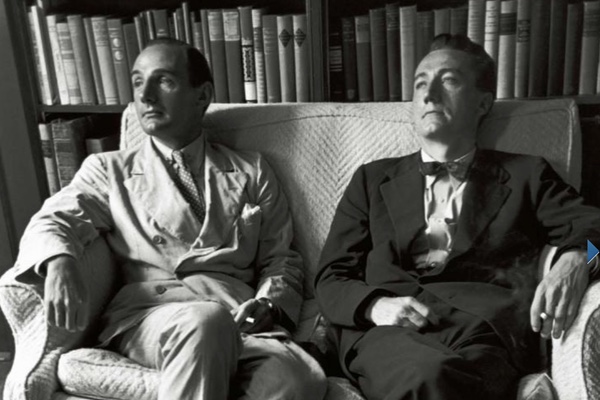 The mid-term elections have passed and the country remains in partisan gridlock. Despite ongoing crises in Ukraine, the Middle East, and Africa, the president and his critics can seemingly do no better than snipe at each other in the media. Meanwhile, as the Pew Research Center points out, the 113th Congress is about to set a record—for the fewest laws enacted of any Congress in the past two decades. By comparison, the notorious “do-nothing-Congress” of 1947-49 was downright frenetic—passing the Truman Doctrine, the Marshall Plan, and the National Security Act (which created the CIA) in the equivalent timeframe. The legislative accomplishments of the Senate and House this year include the Harmful Algal Bloom and Hypoxia Research and Control Amendments Act and the Huna Tlingit Traditional Gull Egg Use Act. What is to be done? 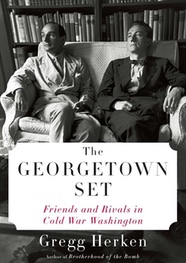 A long-abandoned Washington tradition hints at a simple remedy; one reducible to a single word, in fact: gin. Or vodka, if you prefer.

What most distinguishes the “then” from the “now” is that important people in the capital used to talk to one another—even party together. For nearly thirty years, from 1945 to 1974, the influential residents of Georgetown—a leafy, cobblestoned enclave of Washington, D.C.—gathered on Sunday evenings to discuss and debate the pressing issues of the day. The Georgetown set included Joe and Stewart Alsop, authors of “Matter of Fact,” a syndicated column appearing in more than 200 daily newspapers; Phil and Katharine Graham, publishers of one of those papers, the Washington Post; and an important but lesser-known figure: Frank Gardiner Wisner, who headed up the CIA’s department of dirty tricks.

The pundits, publishers, and spies of Georgetown shaped public opinion, advised presidents (John Kennedy was a frequent guest at Joe Alsop’s table), and—in some instances—became the instruments of American foreign policy. There was even a term coined to describe the power that the Georgetown set wielded in Washington: salonisma. It was, as Phil Graham observed, “a form of government by invitation.”

The most coveted invitation back then was to one of Joe Alsop’s “zoo parties” at 2720 Dumbarton Avenue, where the guest list was independent of party affiliation and typically included prominent senators and foreign ambassadors, a Supreme Court justice or two, some rising young star of the current administration, and, of course, Alsop’s own well-connected friends and neighbors. There, over strong martinis and Joe’s signature dishes of leek pie and terrapin soup, as the gilt-framed portraits of Alsop ancestors peered down at diners from walls covered in blood-red Chinese silk, the Cold War played out: the containment of the Soviet Union, McCarthyism, the nuclear arms race and the missile gap, and—inevitably, tragically—the escalation of the conflict in Vietnam. Indeed, it was Joe’s unapologetically hawkish stand on the war that alienated American readers and led to his downfall. “Matter of Fact” ceased publication late in 1974, weeks before North Vietnamese tanks broke down the gates of the U.S. embassy in Saigon.

The zoo parties took place in staid and proper Georgetown, but they were notoriously raucous. Loud, alcohol-fueled disagreements often led to Joe’s kicking a guest out of his house for some untoward remark. (It was not considered an argument in the Alsop household, Joe said, until someone had stormed out of the dining room at least twice. At one Sunday supper, Phil Graham was halfway out the door before he realized that the house he was being ejected from was his.) But a letter of abject apology almost always promptly followed. It was rare indeed for any feud to be enduring.

The influence of the Georgetown set in Washington was all the more remarkable considering that Joe Alsop had a secret: he was gay, and, in 1957, had been ensnared in a honey trap at a Moscow hotel that was secretly filmed by the KGB. The Columnist, a 2012 Broadway play starring John Lithgow in the title role, opens with Joe in bed with his KGB lover, Andrei. (Alsop wrote an account of the Moscow incident at the time and sent it to the FBI and the CIA, which only recently declassified it. For the record, the name of the spy who seduced Alsop was Boris, not Andrei.) Subsequently, the KGB, FBI Director J. Edgar Hoover, and numerous others of Joe’s enemies in Washington tried to blackmail Alsop into moderating his liberal anti-communist views—all without success.

Joe Alsop was ahead of his time in warning against Joe McCarthy (whom he and his brother savaged in their column long before Edward R. Murrow’s TV show), wrong about the missile gap (although it helped elect his friend, John Kennedy), and very much wrong about Vietnam. But he was right in despising those he called “the ideologists.” And the upcoming election may be the test of a prediction that he made thirty years ago, in 1984: “Either great American party that yields to its extreme group is doomed there and then.”

The Georgetown set and Joe Alsop are long gone, as is that staple of the Washington salon, terrapin soup—whose main ingredient has been declared a threatened species. The houses where once the Alsops, Wisners, and the Grahams lived are currently occupied by a D.C. real estate mogul, a hedge fund manager, and a young venture capitalist. And consequential foreign policy debates no longer take place over Georgetown dinner tables but between rival partisan think tanks, vying for space on editorial pages and blogs.

American leaders once understood the relationship between cocktails and comity: Historians attribute the legendary effectiveness of Senate majority leader Lyndon Johnson to the latter’s one-on-one, bourbon-and-branch water “conversations” with his political foes. Ronald Reagan’s diary reveals that the drinks he shared after hours with hisnemesis, House Speaker “Tip” O’Neill, contributed to the success of the Reagan presidency. (“We’re all friends here after 6,” the Tipper reportedly told the Gipper.) Why can’t a new host and a fresh venue be found for the long-gone zoo parties?—which served a political as much as a social purpose, and are sadly missed, and missing, in today’s Washington.

A final, cautionary note: the failure of the 2009 “beer summit”—where President Obama tried, unsuccessfully, to defuse a racial incident by sharing a brew with the antagonists at the White House—suggests that stronger spirits may be required.