Air Power Was Supposed to Make Ground Wars a Thing of the Past. It Didn't.

Robert Huddleston, a combat pilot in the Second World War is a freelance writer and a previous contributor to HNN. He recently published a novella "An American Pilot in the Luftwaffe." 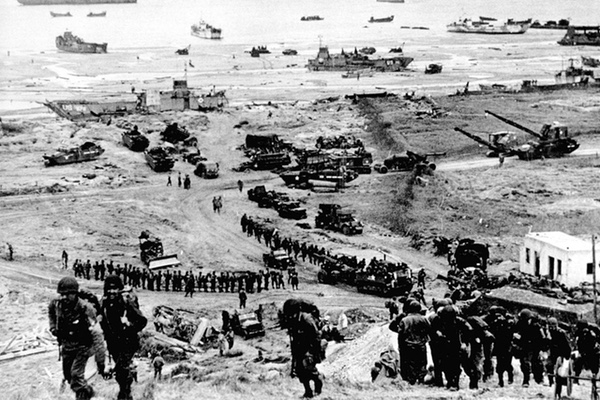 “If you are to understand the Second World War you must first become informed of the Great War of 1914-1918 along with the intervening years.” This was spoken at the first class of Modern Military History by Professor H. A. DeWeerd. But a few months following the end of World War II, the auditorium was filled to capacity with veterans. The professor, lately Major DeWeerd, an army historian, co-authored World War II 1939-1945: A Brief History of the Origins, Military Operations, and Related Events of World War II. (1946).

I was reminded of my studies under Professor DeWeerd in this, the centennial of the Great War of 1914-1918, the focus of new and updated histories.

As a combat veteran of the European air war I was surprised to learn that the application of aircraft had no decisive impact on the 1914-1918 war. Historian John Keegan in The First World War (2000) devotes only five of over four hundred pages to aerial operations and Max Hastings in Catastrophe 1914 (2014) but eight in his tome of 500 plus. Having learned this, however, what became evident is that the introduction of aircraft in the 1914-1918 conflict served as a tryout for what was to come in the war of 1939-1945.

Observation aircraft over enemy territory was introduced in 1914, followed by scout (pursuit) aircraft in defense. Soon tactical aircraft supported ground troops while heavy aircraft bombed enemy cities. Rockets were installed on pursuit aircraft, even dropping troops behind enemy lines was planned but aborted as the war ended: All this and more became features of air power in World War II. Even the tactics developed and applied by pursuit (fighter) aircraft in aerial combat changed little from the first to the second war. Beware of the Hun from out of the sun, was the advice of experienced pilots. Be above and behind with the sun at your back to assure a victory. Chivalry between airman, often mentioned in memoirs by WW I pilots, came after the “kill” not before, and that practice carried over to WW II.

The selection of pilot/trainees and their training evolved considerably. Fred Libby, an American, entered the war in 1914 by enlisting in Canada as a motor driver before applying for service with the British Royal Flying Corps. When interviewed by a Major of the RFC, the officer showed little interest in the applicant's experience until Libby revealed he was a cowboy adept at breaking-in wild horses. He was selected and became an ace with eight victories over enemy aircraft as an observer/gunner and four after being trained as a pilot; his service landed him the coveted British Military Cross. (You can read about his life in his memoir, Horses Don't Fly .)

Horse riders, race car drivers, athletes, especially hockey and football players or boxers, all deemed to be “risk-takers,” became candidates for flight training. Not so in WW II as leaders of the American air force focused more on a candidate's intelligence and education. A chess player had as much chance of being selected for flight training as a polo player or college quarterback.

The increased size, horsepower, speed, “blind” flying, and armaments dictated more training in the second conflict, especially for pilots. What remained constant, however, was heavy losses during training; not quite as high as a percentage of trainees during WW II as in WW I, but high enough to justify extra pay for airman and produce a care-free attitude of “Enjoy today for tomorrow . . . .”

The introduction of aircraft into warfare in 1914 inspired two effective propaganda campaigns. The first reached a peak in 1916 as political and military leaders sought to draw the public's attention away from the horrible losses incurred in the ground campaigns. The focus was placed on the air war with aviators widely publicized as “knight's of the air, and “lords of the sky.” Losses of the British Royal Air Service in 1916 was 356 while the British ground forces in the Somme offensive in that year numbered 20 thousand on the first day.

A feature of the American propaganda campaign to promote the air service was the “generous” awarding of decorations for valor. Captain Edward Rickenbacker, who became the featured pilot for the U S. Army Air Service (AAS), was awarded an unprecedented eight Distinguished Service Crosses (DSC), America's second highest award with one elevated to the highest, a Congressional Medal of Honor, twelve years following the end of the conflict and in the midst of an active campaign to increase the size and influence of what had become the Army Air Corps (AAC).

Under the leadership of General William Mitchell, and later under General Harold H. “Hap” Arnold, air power enthusiasts went full- throttle to convince the public, along with military and political leaders, that air power and airpower alone could defeat any enemy. Ground conflicts were passe.

The belief that ground warfare was a thing of the past—virtually a religion—took hold when the major powers in the Great War developed bombers, mainly twin and tri-engine models. Germany at first favored airships—dirigibles—but turned to a formidable bomber called the “Gotha” that dropped 1600 pound bombs on London. Compared to the slaughter on the Western Front, the Gotha delivered but a pinprick but it spooked civilians and caused great concern among political and military leaders. Public pressure, both in Britain and the United States in the two decades before World War II, produced large expenditures to ordain strategic air warfare. Fleets of large, long-range bombers would attack population centers “ to destroy the enemy's ability to carry on the conflict as well as the will of the public to continued.”

The British and American strategic bombing campaign never produced the desired result despite thousands of bombers pounding enemy cities day and night. The conflict in Europe ended when Allied ground forces from the west, aided by both strategic and tactical aircraft, met ground forces of the Soviet Union on the Elbe River.

Let history be the teacher.