What the Opponents of the New AP Standards Don't Get

The writers are co-authors of "The Idea of America: How Values Shaped Our Republic and Hold the Key to Our Future," (Colonial Williamsburg Foundation, 2013). 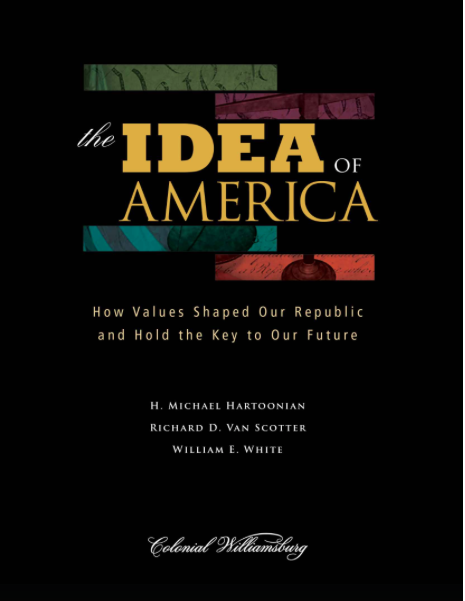 Recent events in Jefferson County, Denver, Colorado, underscore a misunderstanding Americans generally hold regarding the U.S. history curriculum. What's happening in Colorado and in other states, such as Texas and Florida, highlights an essential question. Is American history a patriotic celebration? Or is American history a story that empowers students to become engaged citizens of our 21st century nation? The good news is that the confrontation puts history and civics in its rightful position at the center of the school curriculum. There is no subject more important to the future of the United States.

Unlike many other nations, the people of America are not bound together by a single religion, ethnic heritage, or race. Instead, America is based on a set of Enlightenment ideas: that people are “endowed” with “inalienable rights,” including life, liberty, and the pursuit of happiness; that all people are created equal; and that government derives its power from the people. Citizenship means embracing these core principles, which, when taken together, are the essence of America.

To secure these principles, Americans must continually seek, in the words of the Preamble to the Constitution, “to form a more perfect union.” Not everyone agrees, however, how best to achieve a more perfect union. It requires debate. America is, at its heart, a great debate over how to best balance our civic values in order to achieve life, liberty, and happiness.

Central to teaching and learning history must be the ability to evaluate opposing ideas, the quest to balance democratic values, and compromise in policymaking. This requires cultivating the “democratic mind” in students and citizens. The democratic mind does not see the world in terms of “either/or.” It is more sophisticated, constantly seeking a way to reconcile values that seem at odds with each other.

Americans share a set of core values—values that are often in conflict, or tension, with each other. There are four sets of democratic value tensions central to the American debate. These value tensions help us better understand historic events, analyze public issues, and address the problems of our democracy. The mark of an enlightened citizen is the ability to intelligently use these four sets of values in addressing matters of public interest:

These pairs of values are inherently antagonistic, yet taken together they hold out the promise for a progressively better society. In a healthy democracy and good society citizens and their representatives attempt to bring these value pairs into balance as they address the issues of their time.

We describe the United States as a nation of laws and believe in the rule of law. At the same time, many American heroes have been lawbreakers. George Washington led a rebellion against his sovereign government; he was a traitor. Abraham Lincoln suspended habeas corpus and violated a Supreme Court ruling to maintain the union of American states. Rosa Parks broke the law on a Montgomery, Alabama bus to advocate for civil rights. U.S. history is a chain of such events in which ethics trumped existing law and thereby advanced the cause of liberty and justice.

America’s quest for private wealth has been a driving force behind the nation’s economic development. Yet, investment in the public infrastructure—schools and universities, streets and highways, electric grids, gas utilities, research, and even parks, hospitals, libraries, and museums—benefit private businesses. Maintaining the common wealth enhances private wealth, but without thriving industries and prosperous workers, tax revenues would not be available to adequately support public goods and services.

The balance between freedom and equality is an essential fabric of American democracy. When conventional wisdom favors freedom, resources and money flow into the hands of the few. Left unattended the imbalance of wealth and power undermines democracy. In contrast, when government acts aggressively to redistribute wealth in the name of compassion and economic justice, personal liberty suffers.

One of the finest achievements of the United States has been to create a stable, political culture made up of different languages, religious traditions, and races. But unity is a persistent struggle. New immigrants to America, for example, have faced discrimination, distrust, and abuse while often occupying the bottom of the nation’s job chain. They came as German-Americans, Italian-Americans, African-Americans, Mexican-Americans, and Asian-Americans. Experience tells us that in time the hyphens are erased, and all become Americans adding distinctive cultural influences that enhance diversity and richness.

Today, history textbooks are increasingly packed with events, charts, photographs, but mostly facts—about discoveries, wars, battles, personalities, and speeches devoid of meaning. But history taught this way is tedious and soon forgotten. Arguments over what to include in the school curriculum are hardly healthy. History is seldom productive when taught as a catechism and enculturation.

When we examine history as the course of our Nation’s great debate, students benefit. They see American values in action. They understand that sometimes the debate is positive. Sometimes the debate is riddled with conflict and dissention. It is always hard work. It is always, however, a remarkable story of citizens in action.  Learning those stories—these struggles—provide students practical experience with the American framework for civil debate, policy making, reconciliation, and progress. From this educational experience students take a conceptual method encouraging continual research, learning, and constructive participation in the democratic process.

We believe, and have witnessed, that students take a deeper interest in history and civics when approached from the proposition that “representative democracy” is developed and sustained through an open democratic debate. The alternative seems to be, what mostly exists now, divisiveness and a closed, authoritarian mindset.