They Lost Their Empire in World War I, but Reigned for 600 Years: What We Can Learn from the Habsburgs

Paula Sutter Fichtner is professor of history emerita at Brooklyn College and the Graduate Center, City University of New York. She is the author of “The Habsburgs. Dynasty, Politics, and Culture,” which was recently published. 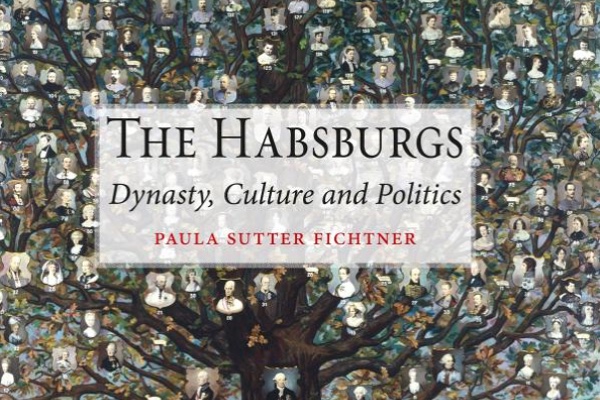 As contemporary pundits and ordinary voters lament the quality of leadership in elected officials, we may be able to learn a thing or two from great states of the past that grappled with this question.

Until the 19th century, most Europeans knew who their “leader” was--a monarch who had inherited the distinction, or, in some cases been elected, by local estates. Once in office, however, kings, queens, and territorial princes wrestled with problems that concern heads of state now, among them finding advisors and administrators who were both sagacious and trustworthy. The Habsburgs of central Europe, in this respect, were just one among many rulers. Where they differed from their counterparts was in the longevity of their presence in the political affairs of the continent--roughly 600 years--reason enough to warrant a brief, but closer look at their approach to speaking for and developing policy for their lands. 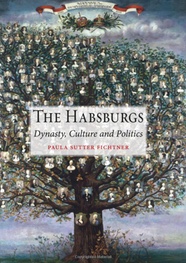 Habsburgs were serene in their belief that they were unique among their peoples and never modified that conviction. Such exclusivity, however, did not exempt them from concern about the quality of their government and their reputations as legitimate rulers. Beginning with the latter decades of the fifteenth century, they slowly established an array of offices and advisory positions to manage their expanding imperium and advise them on how to do it. The most successful of their rulers were on constant watch for men qualified to help them formulate policy, at first chiefly for foreign, military, and fiscal affairs, later in larger domestic concerns such as education and economic development. They readily criticized other members of the house for behaviors that threatened to compromise the hiring of good councilors. In 1547, Emperor Ferdinand I defined such people as men who were not liars and whose only advice was what pleased their employers. He chided his eldest son, the future Emperor Maximilian II for drinking and frivolousness, lapses that could decrease the young man’s reputation and the likelihood that good councilors would work for him. Without such persons to serve them, all rulers would be lost. Princes themselves had to practice truthfulness and moral stability if they hoped to find people with the same qualities. The eighteenth-century Empress Maria Theresa, who combined political smarts with a visceral sense of Habsburg greatness, believed that finding better ministers than those of her father, Emperor Charles VI, was the key to a productive and worthy reign.

Indeed, so concerned were the Habsburgs with retaining successful ministers, that they often gave their advisors and military commanders as much credit for accomplishments as themselves. They preferred to turn leadership of their armies over to others and sometimes were absent from notable victories of their forces. Ferdinand I was soliciting last minute out in his Austrian provinces when the Ottoman armies were turned back from Vienna in 1529. The city’s fortified walls, along with its citizen militia, got the credit for the job. The 17th century Emperor Leopold I, whose watch oversaw a European coalition that drove the army of the Turkish sultan from Vienna in 1683, was not in the city when the enemy retreated. He and his pregnant empress had left for safer quarters. Though public celebrations acclaimed Leopold at first, it was one of his generals, Prince Eugene of Savoy, whose name would be became most enduringly associated with the victorious anti-Ottoman campaigns in the Balkans. It was through the diplomacy of Prince Klemens von Metternich at the Congress of Vienna in 1815 that the Habsburg reconstituted itself again following the Napoleonic Wars and not the negotiating talents of his employer, Emperor Francis I. In the peace that followed, Francis did become more assertive in domestic affairs which he ran as a quasi-police state. Nevertheless, though he never quite forgave Metternich’s promotion of the marriage of the upstart adventurer Napoleon I to the Habsburg emperor’s daughter, Archduchess Marie Louise, he had the good sense to leave foreign affairs to Metternich.

Conversely, it was when the Habsburg rulers identified themselves too prominently with the causes of their state that their regimes and their house itself got into trouble. The reign of Emperor Joseph II (1780-1790) is a sad case in point. His cautious mother, Empress Maria Theresa chided him again and again for his reckless self-confidence and contempt for those who did not have his intellectual gifts and imagination, but to no avail. Afire with ambition to make his empire more efficient while freeing his peoples from medieval impediments such as church- promoted superstition, urban guild restraints on trade, and serfdom, he set up a workplace in a corridor of the Vienna Hofburg where people from all walks of life could see him pursuing their well-being. But long established traditional institutions of his empire, chiefly the church and noble estates blocked him at every turn. Indeed, at his death, very few of his most important initiatives had taken hold. Worse yet parts of the Habsburg realms were in open revolt against him.

Joseph’s most lasting achievement was the establishment of a government bureaucracy that appointed and promoted members on the basis of quality of service and level of education. Nevertheless, while generally free of corruption, it had become increasingly lethargic by the end of the nineteenth century. Joseph Redlich, one of the empire’s closest students, once said that the civil service ruled the monarchy, and not the emperor. While the situation was generally recognized, neither Franz Joseph nor his various ministers had the political will and imagination to remedy it. Archduke Franz Ferdinand, assassinated in Sarajevo on 28 June, railed against the cumbersomeness of the system and promised to reform it once he became emperor. That toes might be trod upon did not trouble him in the least.

His conviction that decisive personal action was required to keep the monarchy viable had a willing champion in Archduke Charles, who succeeded Franz Joseph as the last Emperor of Austria and King of Hungary in 1916. He visibly chafed against routine and the formalities of the Habsburg court and regularly developed policies and tactics without systematic input from his ministers.

Charles consistently and publicly presented himself as the leader of his lands, only to bring himself, his house, and his lands much grief. In the midst of World War I, he foolishly allowed Habsburg war propagandists to present him as a benevolent father of his peoples. His public was not persuaded. Real patriarchs provided food and fuel for their children, rather than redirecting it to an unpopular war in far-away places. Perhaps the unhappiest outcome of his private interventions was his attempt in 1917 to open secret negotiations with France that would permit the Habsburg monarchy to withdraw from World War I more or less intact. The French Prime Minister, Georges Clemenceau, quickly realized that he did not have to dicker at all with so weak an enemy. He publicized Charles's message, which embarrassed him and infuriated Austria-Hungary’s ally, the imperial German Kaiser, to whom the Habsburg abjectly apologized.

Yet, Charles continued to trust himself more than ministers, especially those who disagreed with him. The dire consequences of such behavior dogged a manifesto he issued on 16 October 1918 granting virtual autonomy to the individual nations within the Habsburg holdings. His intention was to protect a political position for the house of Habsburg in any future state. In reality he had encouraged the dynasty’s lands to move toward formal independence. Fearing just such an outcome, some of his ministers cautioned him against the move. He soon came to regret the move. But he was in no position to retract it. On 11 November, he precipitately withdrew himself from all his governments and went into exile in Switzerland. He quickly admitted that he once more had been overly hasty, but was anxious to protect his family whose monarchy never came back.

The lessons to today’s leaders, real and soi disant, are perhaps obvious but may bear repeating.

1. Competent advisers and administrative appointments are the bedrock of successful government. Be on constant watch for people who are likely to advance your goals, but will do so critically rather than slavishly.

2. Don’t be too quick to identify yourself with policies before you know that they have found public favor, even when they succeed.

3. Don’t be afraid to stand back to let others take credit for your accomplishments; it is the policy that is important, not you.

4. Anticipate reactions to policies even before you move to implement them.

5. Make sure that the image that you want to convey to the public has some relationship to reality.

6. Setting a good moral example for all might help things too.