Why the History Curriculum Matters

Laura Auricchio is a specialist in eighteenth-century French history and art who received her undergraduate degree from Harvard and her PhD from Columbia University. Auricchio has been the recipient of major fellowships from the Fulbright Foundation, the Whiting Foundation, and Columbia University. She is currently the Dean of the School of Undergraduate Studies at The New School for Public Engagement. Her new book is "THE MARQUIS: Lafayette Reconsidered." 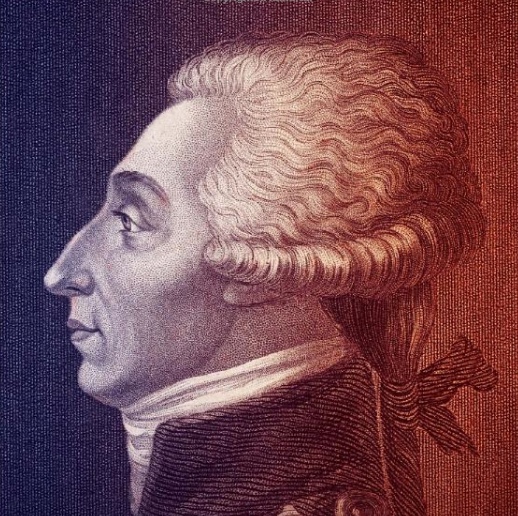 With new guidelines for teaching the Advanced Placement U.S. History curriculum going into effect this fall, protests and counter-protests have spilled out from the meeting rooms of state and local school boards to the streets of Colorado, attracting the attention of media outlets of every political stripe. Whatever the merits and drawbacks of the College Board’s new AP course may be, the controversy it has sparked makes one thing clear: Americans care deeply about history and how it’s taught. As we should. Were it not for a solid grasp of history, the United States might never have existed. 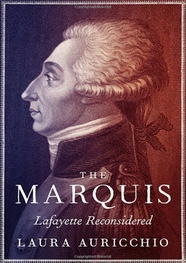 Thanks to an education rooted in classical history, our nation’s founders understood themselves as heirs to the liberators and lawgivers of the ancient Greek and Roman republics, and their invocations of antiquity helped rally learned Europeans to the American cause. The promise that a new nation might be grounded in principles of Roman virtue particularly appealed to the Marquis de Lafayette. Today, we know Lafayette as the French hero of the American Revolution, but in 1776 he was an idealistic nineteen-year-old who believed that the glories of the classical past could be reincarnated in modern America.

Lafayette received his formal education at the Collège du Plessis—one of the secondary schools that operated under the jurisdiction of the University of Paris and built its curriculum on classical foundations. A good all-around student, Lafayette particularly excelled in Latin coursework, which taught him to emulate the virtuous lives narrated by Plutarch, to imbibe the ethical principles put forth by Cicero and Virgil, and to extract lessons in good governance from Livy’s History of Rome. Rhetoric, philosophy, and politics were bound together in every lesson; as one incisive chronicler of eighteenth-century Paris put it in 1781, “one comes away from the study of the Latin language with a taste for republics.”

So familiar were educated Frenchmen with the literature of antiquity that, when representatives sent by the Continental Congress arrived in Paris in the summer of 1776 seeking arms, clothing, and engineers to support General Washington’s army, it seemed as though Roman heroes had appeared on the banks of the Seine. The Comte de Ségur, a friend of Lafayette’s who later served in the French Expeditionary Force that played an instrumental role in the defeat of Britain, remembered the visiting Americans being endowed with an “antique air” and striking all who met them as “wise contemporaries of Plato, or republicans from the time of Cato and Fabius.” According to Ségur, Parisian enthusiasm for these latter-day ancients was such that “opinions from every quarter pressed the royal government to declare itself on the side of republican liberty.” Even France’s absolute monarch, Louis XVI, was swept up in the fad for republican Rome, and was, paradoxically, “induced to embrace the cause of a people in revolt against their king.”

Predisposed to find Rome transplanted to North America, Lafayette was filled with optimism when his ship, the Victoire, dropped anchor off the cost of North Island, South Carolina on June 13, 1777. Livy’s praise for the liberty that reigned in the early Roman republic surely colored Lafayette’s first impressions of America: after spending less than forty-eight hours on American ground, Lafayette felt familiar enough with the local culture to observe in a letter to his wife, Adrienne, that “the manners of this world are simple, polite, and worthy in every respect of the country where the good name of liberty resounds.”

The classical past also furnished personal models for the men of the founding generation, none more so than Washington himself. In 1783, when Washington resigned his post as commander in chief of the Continental Army and retired to Mount Vernon, his Virginia estate, he was widely seen to be emulating the fifth-century Roman farmer-turned-general Lucius Quinctius Cincinnatus. According to Livy, Cincinnatus was persuaded by the Senators to leave his fields long enough to lead Rome through a time of crisis, but rejected the role of lifelong ruler in order live a life of private industry accompanied by his plow and oxen. Honoring Washington’s virtuous choice to relinquish his military command, the officers who served under him formed the Society of the Cincinnati intended, among other goals, “to inculcate to the latest age the duty of laying down in peace, arms assumed for public defense.” Lafayette quickly became the Society’s most ardent French champion.

Lafayette, who loved the United States dearly and called it his adopted land, never lost sight of the historical precedents that inspired the nation’s creation and never ceased believing that Americans could live up to the standards of the ancients. The men, women and children who have taken to the streets and the airwaves to support or challenge the new AP U.S. History curriculum share Lafayette’s implicit understanding of the power of history. They know that our understanding of the past frames our perceptions of the present and shapes our aspirations for the future. As citizens of a country that owes its existence to the historical education of our founders, we should view the teaching of history as one of our most solemn obligations.