We Must Not Gloss Over America's Past

Walter Kamphoefner teaches American history at Texas A&M University, specializing in immigration history and the Civil War era. This article was first published on The Eagle. 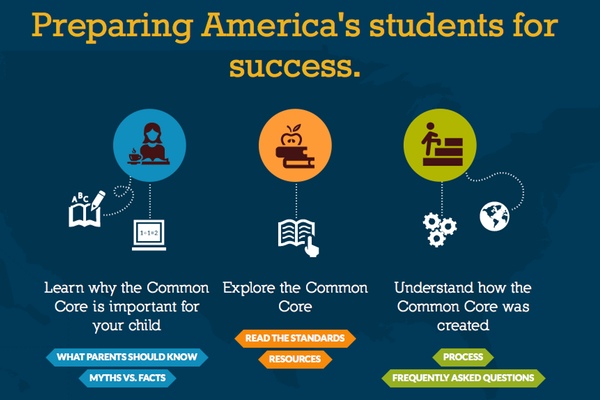 Recently, a columnist, Leonard Pitts, aroused considerable ire with his column on school history curriculum. He was even accused of passing along falsehoods. Sometimes the truth hurts.

Eugenicist Madison Grant's book, The Passing of the Great Race, which helped inspire the discriminatory U.S. immigration quotas of the 1920s, also was influential abroad. Hitler reportedly said, "This book is my Bible," and a Waffen-SS general introduced the 1925 German translation of Grant's book as evidence for his defense at the war crimes trials in Nuremberg.

Some Texans find it hard to accept that their poor white ancestors were fighting for slavery in the Civil War, forgetting that it was not only a labor system but also a guarantor of white supremacy. They need to take Confederates at their word, for example a leading Texas secessionist, John Marshall, who wrote in his Austin State Gazette on April 20, 1861: "It is essential to the honor and safety of every poor white man to keep the [N]egro in his present state of subordination and discipline."

Mary Sue Ribardo's Sunday column quickly descended into a rant against the Common Core, painting it as a left-wing conspiracy and obscuring the fact that the U.S. Chamber of Commerce is one of its strong supporters. That makes sense; quality education is good for business, essential if we intend to remain competitive in the long run. It's worth checking out its video, BusinessForCore.org.

One red state set out to revise the Common Core and ended up virtually re-enacting it, minus the name, so as to quiet the paranoia.

Perhaps I'm overly sensitive, but having come of age during the Civil Rights era, when someone such as Ribardo calls for "states taking sovereignty," the first image that comes to mind is George Wallace standing in the state university door vowing "segregation forever."

Ribardo claims that she and the traditional curriculum covered "the good and the bad of America," but teaching some of our best high school graduates at Texas A&M University has given me doubts. When I posed to a 180-student class a multiple choice question on what percentage of Texans voting in the 1836 referendum preferred an independent republic instead of immediate annexation to the United States, only two came up with the correct answer: 3 percent. Their "feel-good" high school history somehow neglected the two reasons there isn't a Texas Republic today: Texans didn't want it, and they couldn't afford it. Instead of being taught to be grateful that the U.S. (eventually) took Texas in, they implicitly get fed the Republic of Texas secessionist line.

Our form of government has survived for more than two centuries not because it was perfect at the creation (and foes of big government would be wise to consider our near-collapse under the Articles of Confederation). Above all, it survived because it contains mechanisms for self-criticism and self-improvement, mechanisms that are undermined by "feel-good" history.

My signature line used to quote one of my heroes, Union General and later Senator Carl Schurz, an immigrant Unionist and emancipationist, but also a proponent of reconciliation with the white South: "My country, right or wrong. When right, to be kept right; when wrong, to be set right."

"Warts and all" U.S. history is actually more inspiring than the "feel good" history some legislators and letter writers appear to favor. I've always been amazed at the degree of loyalty the U.S. inspires even among people it has treated poorly.

Nobody gets through my junior immigration history course or even my freshman U.S. history survey without being exposed to the question of what Anne Frank would have become if her father had applied for admission to the U.S. (short answer: a concentration camp victim; he did apply in vain). Hence my tendency to err on the side of generosity towards refugees fleeing persecution.

I follow this up with the injustice of the internment of Japanese Americans, two-thirds of them U.S. citizens.

Then I ask my students why it's necessary to include these "un-American" aspects. Rather than answering myself, I leave the final word to Betty Kanameishi, who wrote a "love letter" to America from behind barbed wire in her 1944 internment camp high school yearbook: "I worship you in spite of the errors you have made. Yes, you have made errors and you have roamed on many wrong roads; but everyone makes mistakes. ... All I ask is that you do not make the same mistake twice."