S.C. Gwynne, author of Rebel Yell, is the author of the New York Times bestseller Empire of the Summer Moon, which was a finalist for the Pulitzer Prize and the National Book Critics Circle Award. He spent most of his career as a journalist, including stints with Time as bureau chief, national correspondent, and senior editor, and with Texas Monthly as executive editor. He lives in Austin, Texas, with his wife and daughter. For more information please visit http://www.scgwynne.com, and follow the author on Facebook and Twitter 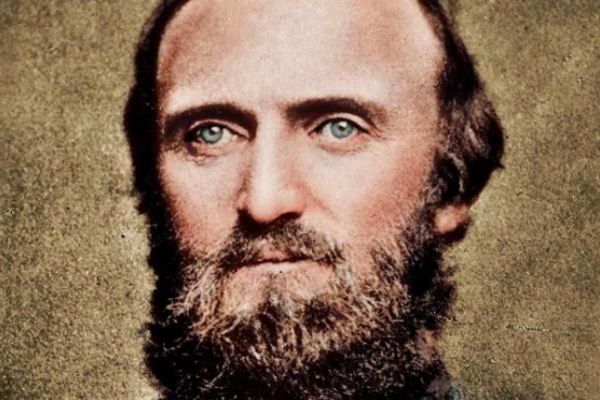 On the brilliantly clear afternoon of June 19, 1862, in the second year of the great Civil War, a well-dressed, bespectacled Confederate congressman with a trim beard named Alexander Robinson Boteler stood on a platform at the train station in Charlottesville, Virginia. He was on war business, traveling under the personal orders of General Robert E. Lee. He had just arrived from Richmond, having made the seventy-mile journey by rail across the blossoming, river-cut hills of the Piedmont country. Now, as he gazed about him, Boteler realized that something quite unusual was happening. The normally sleepy college town of Charlottesville, he observed, "was in a fever of excitement." There was a noise and commotion everywhere, though to no particular purpose. Some sort of large-scale military movement was under way, but no one, neither citizens nor soldiers, could say exactly what it was. Theories abounded. A dozen empty trains had passed mysteriously through the station earlier that day, all headed west, toward the Blue Ridge Mountains and the Shenandoah Valley.1 None had returned. A cordon of gray-uniformed soldiers had virtually sealed the town off from the outside world -- for security reasons, presumably -- though what knowledge any of its citizens could possibly have imparted to the enemy was hard to say. All anyone knew was that whatever was taking place was a very large secret. Lee's orders to Boteler, in fact, had simply been to "stop at Charlottesville and await orders," which seem as cryptic as everything else that was happening that day. —Opening to Rebel Yell: The Violence, Passion, and Redemption of Stonewall Jackson

When I was thinking about how to write the opening of my book Rebel Yell, I considered several options. One was starting out with Jackson's great grandfather in Ireland, then telling the tale of how his various antecedents made their way across the Atlantic, settled in the New World, and found jobs and prosperity. The material is Interesting enough, if you care about such immigrant stories. Another option was to open with Jackson on June 19, 1862, fourteen months into the war. His Valley Campaign has just made him the most famous military man in the world. In salons in London and Paris the former eccentric physics teacher is being compared to Napoleon. More important, he is now marching to Richmond, where an enormous Union army is encamped, ready to destroy the city. Jackson is thus coming to save Richmond. By extension, he is also coming to save the Confederacy. I chose the latter option. I wanted to pique the curiosity of the reader that they would wonder how exactly all that could have happened.

What follows are a few suggestions on writing interesting history, based on what works for me.

1. Try to rein in your desire to empty your notebooks. It is easier to write long than short. Way easier. Though that is one of the oldest chestnuts in the writing business, it has specific meaning for writers of history. In my forthcoming book "Rebel Yell" the hardest thing of all was to know how deep to go at any given moment. If you go too deep -- let's say I decided to spend 150 pages on the fairly boring Battle of Fredericksburg -- you lose your readers instantly. They will simply stop reading. If you do not go deep enough, you will stand accused, correctly, of writing research-lite, inch-deep prose. So you have to go just deep enough. This is partly what editors and literate friends are for. But partly you just have to resist the temptation to dump all of your diligent, hard-won research into the book. You have to resist doing a data dump. Cramming your book with facts may make you look like you spent thousands of hours in the library, but your readers will hate it. I say this in full awareness that historians in the academic world are being increasingly pushed to write about ever more narrow topics using ever greater poundage of annotated fact. I can only say I am thankful I am not trying for tenure.

2. It is your job to force your facts into narrative form. History is just a story, after all, human beings imposing order on the past. One of the first great narratives, the Bible, takes the formless, chaotic history of a people and builds a great, suspenseful narrative around it. All good non-fiction works this way. When I am trying to accomplish this with Stonewall Jackson, Quanah Parker, or any other subject, I find I am helped greatly by my training in journalism. In my magazine stories there is always a lead, usually an interesting narrated scene of some sort. Then there is the so-called "nut" paragraph where you state clearly the intent of the piece. You tell the readers clearly and concisely what you are about to tell them. You then employ graceful transitions to move through the various ideas in the story, and end with a "kicker" that both summarizes and spins the material forward. That is a great model for how to write a book chapter. The point: keep the story rolling forward. You can entertain readers just as well with a story about medieval German manuscripts as you can about Kim Kardashian's love life.

3. Please remember that the trees you are writing about are also part of a forest. The worst sin of all in writing history is the obsession with a linear narrative. By that I mean the orderly progression from event to event: Stonewall Jackson fought at this or that battle, then marched 100 miles, then fought another battle, then had an argument with another general, then got sick, then met with his staff, then fought again, then met with Lee, then checked on his supply trains, then wrote a letter to his wife, etc. And so on, ad infinitum. Boring, eh? It is easy to recite linear events and occurrences. It is extremely difficult to extract from them larger truths. It is extremely difficult to step back from your obsessive interest in detail -- the trees -- and behold the larger thematic ideas -- the forest. But you must force yourself to do this. And while biographies like the one I just wrote do tend to proceed chronologically -- birth to death -- you must also force yourself to write thematic chapters that step out of the chronology and address an organizing idea. One example of this in "Rebel Yell" is my section on his relationships with women. It is organized around an idea, not the forward, linear march of time. When writing thematically it is also useful to continually frame your subject. A "framing" paragraph sets up the organizing idea and tells the reader what to look for and how to understand what you are doing. "Set-ups," and "drum-rolls" are useful in doing this. Let's say you start a paragraph like this: "What happened next would change the nature of warfare in America." (That's a drum roll.) You are signaling that something important is coming, that it will be thematic and not linear, and that it will be the organizing principle for the next portion of the book, however small. Your readers will appreciate it.

© 2014 S.C. Gwynne, author of Rebel Yell: The Violence, Passion, and Redemption of Stonewall Jackson; and Empire of the Summer Moon: Quanah Parker and the Rise and Fall of the Comanches, the Most Powerful Tribe in American History