Ethan Feinstein is an HNN intern.  This interview was conducted by email and has been edited for publication. 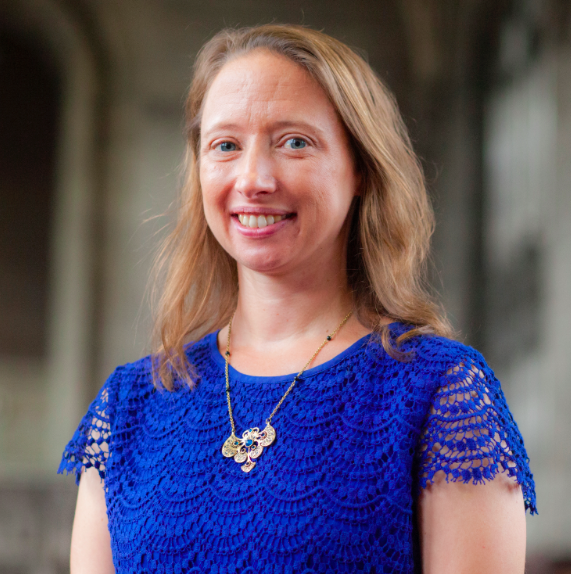 Tara Zahra is Professor of Histroy at the University of Chicago and received her Ph.D from the University of Michigan in 2005. In addition to her many articles, Tara Zahra has most recently authored The Lost Children: Reconstructing Europe’s Families after World War II and is currently working on the forthcoming book, Exodus from the East: Emigration from Eastern Europe and the Making of the 'Free World.'

When Did Your Passion for History Start and What Drove You to Pursue It as a Career?

I would not be a historian if not for my professors at Swarthmore College.  An academic career never occurred to me before my senior year in college, and I still sometimes wake up feeling surprised that I study European history for a living.

Pieter Judson, in particular, inspired me to study the history of Central Europe. I had never been to Europe before my senior year in college, but I fell in love with Central Europe in his courses. My freshman year I took a course on Modern German history and he wrote on a paper, “Please be a history major!” I still have that paper. And then there was the legendary fascism seminar my senior year, which has produced at least a dozen professional historians. Pieter somehow produced more PhD students as an undergraduate teacher than many people do in a lifetime as a graduate advisor! 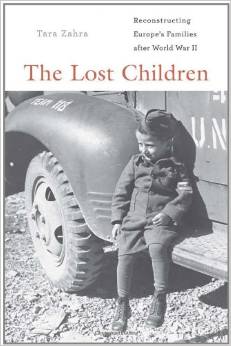 Shortly before I graduated, I went to Pieter's office hours to ask him if I should consider graduate school and he encouraged me. I asked if I had to pick a field and he said I had to pick a language. So after I graduated I used my savings to go to Vienna for the summer. It was my first time in Europe, aside from a trip with the debate team that January. I started learning German and did a little research with him that actually ended up going into my first book (on the role of teachers in German nationalist movements in Imperial Austria).  To me this is evidence of how a single person can change another person’s life.

Do You Have any Early Ideas or Plans for Your MacArthur Research?

The grant represents a huge challenge to me—it is a lot to live up to, and I want to do something meaningful with it. But I am still thinking about the possibilities, since this is not something you plan for! I hope the fellowship will give me the courage to take more intellectual risks and the freedom to spend more time on research and writing. I also hope it might enable me to experiment with different kinds of writing, and writing for different audiences.

Concretely, I am finishing a book on emigration from East Central Europe to the “West” from 1889–present, and also starting a new book on World War I and its aftermath in the Austrian Empire with Pieter Judson. I am also collaborating with my colleague Leora Auslander on a project on Migration and Material Culture in the Modern World.

How Does this Award Compare to Your Earlier Accomplishments?

This award is different in part because the nomination process is all so secretive—it is a total surprise when you receive it. It was not something I ever imagined could happen (and I am still wrapping my head around it). It is especially meaningful to me because I know that my colleagues supported my nomination (although I do not know who exactly!).

Contrary to the idea of a “genius,” which assumes some kind of rugged (usually male) individual, the work I have done builds on the research of other scholars and researchers and I am really grateful to them and to all the people I have learned from and who have supported me in my career.

Can You Anticipate any Challenges for Your Research?

Historical research is always challenging. It is filled with false starts—archival boxes filled with documents that don’t say what you want them to, ideas that don’t go anywhere. As a historian of Central Europe and someone who works transnationally, languages are also a constant challenge for me—you can never know enough languages in this field and I am always trying to improve my language skills and learn new languages. I have never found that easy.

Do You Have Any Long-Term Research Goals Beyond the MacArthur Grant?  Have They Changed Since you Won this Award?

I have always wanted to write for broader audiences, and to link history more concretely to contemporary politics—the politics of ethnic cleansing and nationalism; refugees and humanitarianism; gender, childhood and the family; or migration, labor, and social mobility. These are all issues that are highly relevant in today’s world—for example the tens of thousands of unaccompanied children from central America who have been migrating to the United States over the past year. I hope that maybe the Macarthur Fellowship will give me a platform and maybe the freedom to experiment with different kinds of writing.

1) At the broadest level, the goal of my research is to bring history alive for people and to inspire them to think about the present and the past more critically. Many things that we think of as having always been the same, even rooted in biology— like nations, races, families, and gender roles—have changed radically or been invented in very recent history. I find that empowering politically because it means things could also change in the future (hopefully for the better). Nothing is forever.

2) I also hope to tell familiar stories in history from an unfamiliar perspective—that of children, or immigrants to America who gave up and went back to Europe, or refugees, or people who changed languages and nationalities multiple times in their lives.

3) One of my more specific goals has been to challenge the idea that the histories of Eastern and Western European are fundamentally different.  All histories are unique, of course, but I try to challenge the assumption that Eastern Europe was somehow always more backwards, violent, or undemocratic than the “West” just because it was a place where people who spoke different languages or identified with different religious or national communities lived together. I don’t believe that violence and conflict are inevitable in multicultural societies—these conflicts are the product of history and of politics.

4) For most of the nineteenth and twentieth centuries, history has been a tool of nationalist politics and has been written as though nations are its primary subject. In Eastern European history, this has meant that historians wrote histories of “the Czechs,” “the Poles,” “the Germans,” etc. By focusing on people who were indifferent to nationalism, multilingual, or flexible about their national loyalties, or on processes (like migration) that do not remain within national borders, I hope to challenge the nationalist perspectives that have traditionally shaped our understanding of history.

5) It is very important to me to bring a feminist perspective to my research, particularly on the history of the family and childhood. I try to show how ideas about the family and children that we think of as universal and ahistorical are often quite new—for example the basic idea that it is psychologically traumatic for young children to be separated from their mothers was actually invented in refugee and concentration camps during World War II. I am generally interested in the history of children and childhood because it provides a window on how societies and ordinary people think about the future.

Aside from Pieter Judson’s sheer charisma, I think European history appealed to me in college because it was (at least in the 1990s at Swarthmore) often about social class, which is something people didn’t talk about much in America at that time (and still don’t).

I come from a working-class background (my father is a butcher) and I am a first-generation college student. I was facing some serious culture shock at Swarthmore. It was such a different world than the one I grew up in. Even though I had never been to Europe, I think that studying the role of social class in European society and politics helped me to better understand my own experiences in some way. I was fascinated, for example, by the process by which shopkeepers and workers first entered mass politics, by the way that the democratization of politics could produce undemocratic outcomes, like nationalism and fascism.

I remain very interested in the history of social class and of labor, which has shaped my current project on emigration more than my earlier work. For example, I am looking at how anxieties that East European workers would become the “slaves” or “coolies” of the twentieth century shaped restrictive emigration politics over the course of a century. More generally, I am interested in tracing how physical mobility was connected to ideas about freedom and social mobility.

I have also always just loved history, however when I was a kid I read a ton of historical fiction. I loved novels about immigrants in particular.

And one of my favorite childhood books was actually a memoir about a ballet dancer in Austria under Nazi occupation!

Which European Country Did You Enjoy Traveling to Most?

One of the things I love most about studying European history is that I have had the tremendous fortune not just to travel abroad but to live and be immersed in different places and cultures. But in keeping with my focus on transnational history I have moved around a lot, I have never quite found a single second home. I will always love Vienna, the first place I ever lived and did research abroad. But I have also had amazing experiences living and working in Prague, Berlin, Paris, and recently Florence.

What Advice Would You Give any Recent Graduate in History Attempting to Enter the Field?

The job market is so dismal right now that I think newly minted PhDs face tremendous challenges and pressures. I don’t think we can ignore those pressures, but my advice is to try not to lose sight of what motivated you to study history in the first place—what sparked your imagination or curiosity or passion. Professionalization is important, but ideas really do matter more most of the time.

I also think it is tremendously important not to be paralyzed by perfectionism or by comparing yourself to others. No one is perfect, no one does every kind of history, and there are so many excellent ways to be a historian. The diversity in the field is what makes it so rich and exciting. History should not be about knocking other scholars down, imitating others, or filling gaps, but about trying to learn from approaches that are different from our own, defining new questions and new ways of answering them

I wanted to be a ballet dancer before I became a historian. I still take ballet and modern dance classes 2-3 times a week. It is so important to me to do something that enables me to use my brain and my body in a different way.  But I am glad I did not succeed at becoming a professional dancer because my performing career would be over by now—most dancers are retired from the stage by the time they are 35. And I have had some serious injuries along the way. I actually broke my foot dancing in Berlin last year, but recovered in time to perform in a ballet performance in Florence that July, which was a wonderful experience for me. It was the first time I had performed in 15 years.

And Your Favorite Cuisine?

I love all food and cooking. Right now I am going through an Italian phase and could eat truckloads of good cheese, truffles, and cremino gelato.