Why I Wouldn't Want Steven Salaita as a Colleague

Steve Hochstadt is a Professor of History at Illinois College. 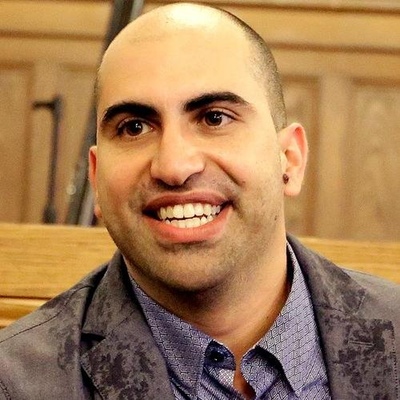 An academic controversy unfolding at the University of Illinois is attracting national attention. After the American Indian Studies department offered Steven Salaita a tenured job, University authorities became aware of Salaita’s tweets about the conflict in Gaza, and eventually decided to withdraw the job offer. Two weeks ago, the U of I’s trustees voted 8-1 not to offer him a position at the Urbana-Champaign campus.

That decision caused a storm of protest. Salaita’s defenders, including legal scholars, argue that his freedom of speech has been violated. Freedom of speech, protected in the First Amendment, refers to freedom from government prosecution for speech and similar actions. Freedom of speech is always limited in some ways: libel and death threats are some examples. But nobody has limited Salaita’s right to express his opinions, or threatened any legal action against him.

Academics are always concerned about possible restrictions on expression of unpopular opinions, and want to protect so-called “academic freedom”. I believe this is an important principle. If we wish universities to be open to the widest range of ideas, then faculty must feel free to express ideas which might annoy some, or even most people. Even at government supported institutions, professors should be able to criticize the government or the corporations which employ major donors or trustees.

Some people argue that Salaita’s academic freedom has been violated. The American Association of University Professors released a statement: “faculty comments made on social media, including Twitter, are largely extramural statements of personal views that should be protected by academic freedom . . . his posts were arguably not intended as scholarly statements but as expressions of personal viewpoint. Whether one finds these views attractive or repulsive is irrelevant to the right of a faculty member to express them.”

Let’s examine Salaita’s tweets to see how relevant they are. He is angry about the Israeli military attack on Gaza, provoked by the continued launching of rockets into Israel, and the kidnapping and murder of three Israeli teenagers. His tweets use the harshest language to condemn the Israeli Army for killing civilians in Gaza. But they go beyond that to condemn all Israeli institutions and the entire history of Israel: “If you’re demented, amoral, dimwitted, and have sociopathic tendencies, might I suggest applying for a job in the Israeli MFA?” (Ministry of Foreign Affairs). Elsewhere he calls “Israeli officials” “pathological liars”. He wrote: “Predicting Israel’s behavior is easy. We have a sample size of 66 years of choosing territorial expansion over peace and coexistence.”

He does mention the Palestinian abduction and murder of the Israeli teenagers: “You may be too refined to say it, but I'm not: I wish all the fucking West Bank settlers would go missing.” He extends condemnation to all Israelis: “Too much of Israeli society is cheering the bloodletting in Gaza for me to make a firm distinction between the government and the people.” He repeatedly claims that Israeli politicians and the people of Israel get pleasure from killing Palestinians.

Salaita uses “Zionist” as the target of his anger. A Zionist supports the existence of a Jewish state, but not necessarily every policy of Israel, just as an American patriot might not support all of our government’s policies. An American patriot could have opposed the wars in Vietnam War and Iraq. But Salaita hates all “Zionists” and condemns them all: “Worry not, Zionist trolls! I’m awake and ready to once again provide the conscience you must suppress in order to support Israel.” Salaita extends his condemnation to American Jews: “I find it exceedingly odd to argue Palestine with a bunch of white guys in the US playacting a Middle Eastern identity.”

Salaita’s defenders appear to me to deliberately misconstrue the nature of his tweets. For example, historian Natalie Zemon Davis, in a letter to the U of I administration, calls them “vehement and intentionally provocative”. She says, “The lack of ‘civility’ in some of his tweets is linked to the genre itself: a tweet is often an answer to a tweet, and a tweet always anticipates a response. Thus, in his public political life, Professor Salaita participates in a mode that always leaves space for an answer.” Michael Rothberg, chair of English at Illinois, says “Professor Salaita’s tweets are frequently expressed in strong language.” These comments, which mischaracterize Salaita’s words, seem to me to display a lack of courage in confronting what he actually says.

Some people have looked beyond Salaita’s tweets to more serious writings. Salaita posted reviews of 1000 books on Goodreads, some of which were read by David Bernstein, a law professor at George Mason University. Salaita’s review of Amos Oz’s “In the Land Of Israel” appears to be typical of the sincerity with which he takes the reviewing process: “Amos Oz is to incisive political writing what Leni Riefenstahl was to socially conscious filmmaking.” That’s the whole review. After Bernstein’s article appeared, Salaita’s Goodreads page disappeared.

I read significant portions of his most recent book, “Israel’s Dead Soul”, available online. Chapter 2 about the Anti-Defamation League typifies the quality of his work. Salaita writes that cartoons which compare Israel and Nazi Germany are “viable ethically”, because both nations engaged in “widely documented human rights abuses”. He claims that “numerous cases of anti-Semitic vandalism in 2007 and 2008 were found to actually have been committed by Jews.” He then offers four examples: in one he says that the NYT reported that the perpetrator “was trained by the Mossad”, but the report was only that the perpetrator claimed he was trained by Mossad; in a second, the perpetrator was “a German woman”, not a Jew; in a third, Salaita says “numerous swastikas that turned up on the campus of George Washington University were ultimately attributed to a Jewish student,” but does not mention that this student only drew a few of the many swastikas in question. He then argues that the ADL is culpable for antisemitism because it defends and promotes Israel.

In the next paragraph, Salaita writes: “the notion that Palestinians and Arab states have aggressively rejected peace whereas Israel has earnestly sought it has been thoroughly discredited by dozens of historians,” and cites six books. But only three are by historians, and several focus not on Israel but on weaknesses and mistakes of Arab and Palestinian leaders. Salaita then transforms his straw statement about the contrast between good Israelis and bad Palestinians into certainty that no historian could now possibly argue anything good about Israeli actions. Salaita repeatedly asserts that the ADL “maintains its denial” of the Armenian genocide, while quoting and then explaining away an ADL statement from 2007 which affirms that the murder of Armenians was genocide.

Finally Salaita argues that the ADL fits its own definition of a hate group by equating ADL’s support of Israel with “perpetuation of extremism and hatred”; by defining Zionism as a radical ideology; by “surmising” that the ADL would promote violent acts if American policy no longer supported Israel; and by repeating the claim that the ADL engages in “systematic Holocaust denial” because it does not support a congressional resolution about the Armenian genocide.

My reading of this chapter and other parts of the book leads me to the following assessment of Salaita’s methods. His research is superficial and sloppy. He systematically excludes all evidence and all citations to evidence which take any view other than his own. He uses tortured logic to transform black into white when it suits his argument. His initial assumptions determine the entire analysis: “I conceptualize Zionism as deeply inhumane ethically,” and “Israel is the least likely of nations to have a soul”.

Those who defend Salaita by claiming he is being discriminated against don’t appear to be aware that in chapter 1 of “Israel’s Dead Soul” he advocates entirely removing any reference to Israel from his own university. He wants the multicultural officer to stop displaying the Israeli flag. He urges “expelling Zionism from civic institutions” (p. 39), by which he means any references to Israel. Including in this expulsion are the Hillel groups on college campuses: “There is no reason why Hillel should not thus be banned from participating in any form of multicultural celebration.” (p. 22)

Salaita is not actually writing about Israel, a complex society with deep internal fissures. Nor does he appear to know much about Zionists, who strongly disagree among themselves about everything, including the government’s current military policies in Gaza. Instead he projects his vilification on an imaginary enemy whom he calls “Zionist” and personifies the entire nation of Israel into a child murderer. “Israel’s Dead Soul” is not the work of a scholar, but of a polemicist, different from his tweets only it its effort to place his extreme opinions in more refined language.

Virtually every bit of writing about Salaita is highly charged and thus probably biased. But I and others have read enough of his writings to see that he consistently, expresses one-sided views, based not on research but on his preconceived ideas, filled with nasty condescension toward everyone else.

But for me the decisive factor is Salaita’s ability to discuss the subjects on which he focuses. Professors have opinions, but we also have an overriding responsibility to create spaces where our students, of all political persuasions and opinions, including none at all, can learn about controversies and make decisions for themselves. Salaita makes clear that he has no interest in discussion with people who disagree with him: “It’s simple: either condemn Israel’s actions or embrace your identity as someone who’s okay with the wholesale slaughter of children.” Again: “Supporters of Israel should be forced – A Clockwork Orange style – to view pics of smiling children who were killed on endless repeat.” Again: “If you’re defending Israel right now you’re an awful human being.”

As University President Robert Easter said, Salaita appears “incapable of fostering a classroom environment where conflicting opinions could be give equal consideration.” I would not want him as a colleague.