Six Things You Didn't Know About the Vikings

Anders Winroth is a professor of history at Yale and named a Macarthur Fellow in 2003. His latest book is “The Age of the Vikings” (Princeton University Press, 2014). 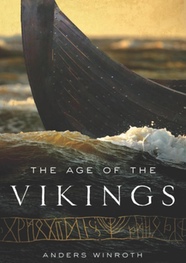 We hear about Vikings all the time, and we think we know them. But do we really? Here are six things that might surprise you.

1. Women Vikings fought alongside men. The Vikings told stories about shield-maidens and valkyries, martial young women who could fight better than any male hero. Did real-life women serve in their ranks? After a battle with the army of the Byzantine Empire, many Russians (who at the time were at least partially Scandinavian) were left on the battlefield, and the Byzantines were surprised to find several women warriors among them. In Scandinavia, women were not always buried with their distaff and house keys (symbols of female activities on Scandinavian farms), but sometimes with weapons, suggesting that they knew how to use them. But no written sources from western Europe mention female warriors, and also small children were buried with full-size weapons that they could not possibly have used. Most historians believe that women fought as Vikings alongside their men, but they would have been greatly outnumbered.

2. Vikings kept themselves neat and clean. They combed their hair every day, changed their clothes regularly, and bathed every Saturday. In fact, the Scandinavian word for Saturday means “bathing day.” Archeologists have found lots of combs, tweezers, and even ear spoons in Scandinavia, proving that the Vikings cared for their personal hygiene. The result was that many English women preferred Viking lovers, as the clearly less well groomed Anglo-Saxon men complained bitterly.

3. You speak Viking every day. If you ever talk about your “thrifty in-laws,” their “awesome windows,” or some “angry fellows,” you are using words that the Vikings brought to England. The English language is full of Scandinavian loan words which are so deeply engrained in the language that we do not notice them. Even everyday food staples like “eggs” and “steak,” “bread” and “cake,” get their modern names from the Vikings. If you ever “ransacked,” “shifted gears,” “bawled,” or “crawled,” the Vikings did not teach you do do so, but they taught you how to talk about it.

4. Not all Vikings were pagans. Monkish chroniclers writing about their attackers from the north portray them in the most unflattering light possible, using the worst terms of abuse they could think of. One such term was “pagan” or “heathen.” In 793, we are told that “the heathen miserably devastated God’s church in Lindisfarne.” The chroniclers so hammer in the ungodliness of the Vikings that we forget that some of them were or became Christians, even devoted Christians. The infamous King Canute, who conquered England in 1016, traveled to Rome and celebrated the Eucharist with the pope in St. Peter’s. Irish chronicles heap abuse and accusations of diehard paganism on Sitric, the Viking ruler of Dublin in the early eleventh century, but he was a Christian who tried to get the pope’s permission to give Dublin an archbishop.

5. The Viking king Harald Bluetooth did not invent bluetooth. We use Bluetooth technology in our phones, televisions, tablets, keyboards, and cameras to connect them to each other. This communication protocol was invented by history-savvy Scandinavian computer scientists, who named it after king Harald Gormsson “Bluetooth,” who ruled Denmark in the late tenth century, now and then raiding neighboring areas like a Viking. We can only guess how he aquired his nickname. Perhaps he had very bad teeth, or perhaps he kept his teeth brilliantly white and the nickname is irony. The Bluetooth logo is made up of the king’s initials, written in runes, the script of the Vikings. 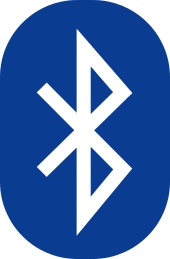 6. Vikings loved poetry and were not ashamed to admit it. We may think of the Vikings as grunting and inarticulate brutes more devoted to killing and raping than the finer points of literature. But they actually loved good poetry, the more complicated the better. Every Viking chieftain worth his salt kept one or several poets among his warriors, who composed panegyrical celebrations of his prowess. “Magnus, hear a mighty poem,” one poet addressed his chieftain and then went on to praise him in the most convoluted syntax, using what we might think of as strange and far-fetched images. One of them, Arnorr, addressed his chieftain directly: “Daring prince, you are invincible; in a single year you created four blizzards of arrows” (he meant “battles”); and “you reddened the feathers of the sea-gull of Odin,” by which Arnorr meant that the chieftain cut down and killed many enemies, whose bloodied corpses were left on the battle field for ravens (“Odin’s sea-gulls” in poetic diction) to pick at. Such poetry made Viking chieftains famous and inspired warriors to join them and fight for them. A Viking chieftain without a good poet was a non-starter who could not recruit a band of raiders.

So, were the Vikings, then, neat and well-groomed lovers of literature and firm believers in gender equality, a kind of misunderstood metrosexuals before their time? Not quite, they were still fierce warriors who did not shy away from atrocities, slave trade, indiscriminate killings, and generally bad behavior. But there was more to the Vikings then their reputation suggests. Beyond the stereotypes, they were complex and in their way sophisticated people who are worth getting to know closer.

Oh, and by the way: they did not wear those fancy horned helmets.