Ralph Seliger is a freelance writer, the final editor of Israel Horizons (a print magazine discontinued in 2011), and is currently administrator of the Partners for Progressive Israel Blog. These views are his own. 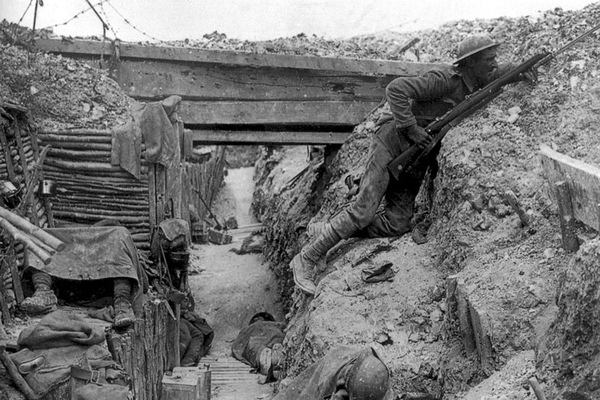 Pres. Obama has reluctantly reengaged the United States in combat operations in Iraq, basically via the use of air power.  This was obviously a hard decision for someone who backed away at the last minute from a similar action in Syria over a year ago.  This limited use of force for carefully defined humanitarian and strategic purposes—to save tens of thousands of endangered Yazidis and Christians, while helping Kurdish and Iraqi government forces turn back the extremist Islamic State insurgency—is far more right and proper than the Bush administration's invasion back in 2003.

One lesson the Western world attempted to learn from World War I was not to plunge headlong into bloody wars.  This had to be unlearned a mere twenty years later after the trauma of the Great War inhibited the West from resisting the aggressive designs of the Axis powers until it was nearly too late.

Historical parallels are inexact, but the current era seems remarkable for a semi-pacifist trend in the Western alliance that resembles the American isolationism and European war-weariness of the 1920s and '30s.  This tendency began, paradoxically, with the remarkable triumph of Pres. George H. W. Bush in pulling together an effective Western and Arab coalition to expel Saddam Hussein from Kuwait.  He then left most Iraqis in the lurch when hundreds of thousands heeded his exhortation (I remember hearing his words over the radio myself) to rise up to overthrow the Iraqi dictator.  Shiites were slaughtered in the thousands (perhaps, tens of thousands) while Kurds fled to the mountains, as coalition forces let Saddam's helicopter gunships and tanks do their worst.

A year later, Yugoslavia disintegrated and Serb nationalists laid siege to Sarajevo (exactly where an assassination had sparked World War I); the term “ethnic cleansing” was invented to describe how they—and later their ethnic enemies—rampaged against non-combatant populations.  United Nations and Western European authorities and soldiers idly observed these horrors for over three years, as over 200,000 died, until the massacre of 8,000 Bosnian Muslims at Srebrenica finally precipitated a U.S.-NATO response to end the conflict.

During this time, an even more flagrant outrage transpired, with 800,000 Rwandan Tutsis murdered within 100 days in 1994, in a slaughter that closely resembled the Holocaust for its systematic intensity.  But this time, the genocide was televised on the evening news.  How did the international community react?  UN peacekeeping troops were actually withdrawn, ignoring the urgent pleas of their Canadian commander, General Roméo Dallaire, for authorization to aggressively move against the ill-trained and ill-equipped genocidal militias.  In the meantime, the United States did its best to deny the evidence we saw nightly on TV, to label those atrocities as genocide, which would have obligated an energetic international response.

What led to US inaction in the face of genocide was another incident in Africa, a few months earlier, known now as Black Hawk Down.  The deaths of 18 US Army Rangers in a shoot-out with Somali clansmen was a political embarrassment for Pres. Clinton, which helped doom so manyRwandans.

A few years later, when General Wesley Clark headed a NATO air campaign to save the Albanian Kosovar population from ethnic cleansing similar to what had befallen the people of Bosnia, he was mandated to avoid a single casualty on the ground.  Hence, his request to use low-flying helicopter gunships, let alone to insert any ground troops, was denied.

Every life is precious, of course, but the notion that a superpower's foreign policy should be determined by losing or even risking a relative handful of casualties seems ridiculous.  That this should happen at the end of a century that saw the sacrifice of many millions of soldiers (especially profligate on the battlefields of World War I) is an extreme incongruity.  Clearly, this unwillingness to risk any soldiers (for whom a degree of risk is part of their job description) has cost the lives of numerous innocents.

Yet military intervention is not the remedy for every instance of humanitarian need brought about by tyranny, aggression or mass violence.  It's often a difficult call.  For example, our involvement in the Vietnam War had an arguably good intention to prevent a totalitarian takeover; but it cost our country (not to mention Vietnam) far too much in blood & treasure, discord at home, and a loss of moral authority abroad.  The Korean War, on the other hand, was a more clear-cut case of resistance to a conventional invasion from the North; and the United States waged war there with the support and moral imprimatur of the United Nations.  In the 1950s, South Korea was no more democratic than South Vietnam in the 1960s; but today, South Korea is a technologically advanced democracy, while North Korea is a poverty-stricken human-rights hellhole.

In 1990-91, George H. W. Bush rallied the support of most of the world to restore a conquered country to sovereignty.  In 2003, George W. Bush ordered the invasion of Iraq against widespread international opposition, and with only a handful of allies.  Even so, what turned into a US fiasco might have succeeded if Bush 43 had competent leadership on the ground.  We can only guess what might have happened if Ambassador Paul Bremer had not totally alienated the powerful Sunni minority by imperiously barring all Baathist Party members from government employment (in a state-dominated economy) and unwisely dissolving the entire Iraqi Army, at at time when many thousands of Saddam's former soldiers were still armed.  There was a legitimate humanitarian reason for removing Saddam's regime, but to go in without international support, and under an inadvertently false premise of WMDs, rather than the real reason—to remove a war criminal, serial aggressor and monstrous dictator—was asking for trouble.

So one lesson to be drawn from World War I echoes the Hippocratic Oath, to first do no harm.  Woodrow Wilson's stated objectives of a “war to end all wars” and “making the world safe for democracy” were noble, but quixotic.  If the US had not intervened (except diplomatically, to help bring about a more fairly negotiated peace than what was dictated at Versailles), there would never have been a Third Reich, and—depending upon when the war might have ended—possibly no rise of Bolshevism and Stalinism.

But this doesn't negate the need for international forces to intervene against egregious instances of aggression and mass slaughter.  Above all, the principle of collective self-defense was integral to the creation of the United Nations and the NATO alliance, a response to the toothlessness of the post-World War I League of Nations.

Pres. Obama got the principle of collective action right in Libya three years ago. “Leading from behind” gave Western and Arab allies the gumption and logistics they needed to complete the job of preventing Qaddafi from exacting a huge human toll on the rebels as he had promised when on the verge of retaking Benghazi, just as French aircraft stopped him cold.

Defeating him without inserting ground forces made the US popular in Libya, despite the tragic events that took the lives of Ambassador Christopher Stevens and two others a year later.  (Stevens himself was liked by most Libyans.)  But it's been difficult for Libya to rise above the challenges left from Qaddafi's whimsical brand of tyranny, that left them tribalized and devoid of civil society institutions.

It's unfortunate that overthrowing a cruel dictator without invading is not regarded as a foreign policy success.  The deaths of three Americans was tragic, but a tactical matter that should not provide fodder for blatantly partisan attacks.  Unfortunately, this affair undermined Obama's resolve in dealing with Syria, rather than providing a model for the right way to go.

Are we safer now that Assad's murderous regime is secured indefinitely by his Hezbollah, Iranian and Russian allies?  Obama's failure to expeditiously arm the moderate opposition and then to refuse to honor his silly red line on the use of poison gas—as if barrel bombs and more conventional implements of mass killing were not heinous enough—has undermined the moderates at every turn, and made the so-called Islamic State jihadi fighters a potent threat in both Syria and Iraq.

Still, the use of military force is not applicable everywhere.  We could not intervene against a nuclear-armed Russia for its murderous campaigns in Chechnya, and its war with Georgia.  Nor can we act militarily against Russian aggression in Ukraine.  But NATO can guarantee the borders of the Baltic states, Poland and other new members of the Western alliance.

What we should learn from World War I is not to engage in quixotic military crusades, nor to mount wars of choice in the face of overwhelming international opposition.  One must pick & choose, carefully weigh means & ends, and evaluate risks.  But we should also know, as the run-up to World War II instructed, that being overly gun-shy in a dangerous world presents its own set of risks.