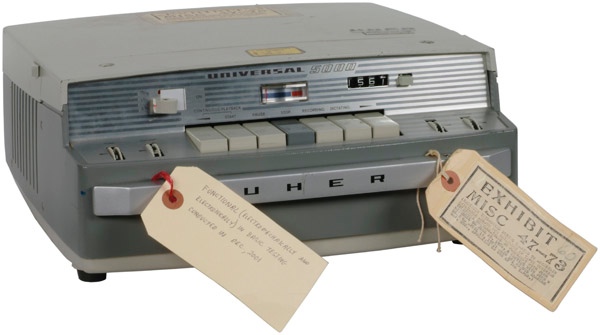 Part I: Nearly nine years ago, I co-authored a piece with historian Max Holland about the emerging scholarship based on the once-secret Kennedy, Johnson, and Nixon presidential recordings. The key arguments in that essay are summarized below:1

It is becoming increasingly clear that scholarly works rooted in the extraordinary and unique presidential recordings from the JFK, LBJ, and Nixon administrations actually constitute a new and distinct genre of historical investigation. Historians are familiar with books that utilize written primary sources, synthesize primary and secondary sources, or annotate the private papers of prominent historical figures. But, books based on audio recordings are clearly different because the historian takes on a unique responsibility in this new genre. He or she is obviously reaching conclusions about a primary source; but, in the process of transcribing a tape recording, the historian is also inevitably creating a subjective secondary source. As a result, the historian must demonstrate the most careful scholarship imaginable. No other task of historical analysis or interpretation is really quite the same.

The attraction of being able to recover what actually transpired in the Oval Office and Cabinet Room from 1962 to 1969, and 1971 to 1973, is irresistible, the ultimate fantasy for many historians. The recordings offer the prospect of history “wie es eigentlich gewesen ist”—as it really was—in the famous formulation of the 19th-century German historian Leopold von Ranke. Many “tapes-based” books have been and continue to be published, not to mention the conventional histories, biographies, and articles that increasingly rely on the presidential recordings for substantive insights, anecdotes, or verbatim quotes.

Transcribing these tapes is extremely difficult for both subjective and objective reasons. Something as seemingly minor as eliminating a pause, or failing to distinguish between a “do” or a “don’t,” can fundamentally alter the speaker’s intended meaning. Also, the failure to communicate emphasis or intonation can weaken or diminish the full impact of the spoken word. Reading even the most accurate transcript cannot and should not substitute for actually listening to the recordings themselves; a transcript or a narrative that captures the verbal and affective dimensions of the tapes can be invaluable. But the tapes remain the only genuine primary source.

In addition, there is the problem of the frequently poor audio quality of the tape recordings—and the exasperation, for example, of trying to determine who is actually speaking. Even the best transcript will inevitably include some errors. As a result, the Kennedy, Johnson, and Nixon presidential libraries have declined to produce “official” transcripts—even though the recordings alone are not user-friendly despite the libraries’ best efforts to index and catalog them. The libraries regard the recordings, correctly, as the original document.

And, of course, it would require an enormous and costly commitment of time and resources for the presidential libraries to produce high-quality transcripts. Nearly 30 years ago, the JFK Library estimated that it would take about one hundred hours to produce an accurate transcript of a one-hour recording. Experience has proven that ratio to be quite accurate. Books based on tape recordings are therefore uniquely labor-intensive. This new genre of microhistory demands that the tape scholar be exceptionally familiar with the subject matter—often requiring knowledge of a given day or even a particular hour in order to make sense of the tapes.

Part II: The issues raised in that 2005 essay are more relevant than ever today, particularly in light of the recent publication of two volumes based on the politically explosive and historically pivotal recordings made in the Nixon administration: John Dean, The Nixon Defense: What He Knew and When He Knew It (Viking, 2014) and Douglas Brinkley and Luke A. Nichter, The Nixon Tapes: 1971-1972 (Houghton Mifflin Harcourt, 2014). Dean’s book is a narrative2 of the Nixon tapes, based on his own unpublished transcriptions; however, the deluxe e-book version does include a small selection of Dean’s transcriptions of a few key conversations. The Brinkley/Nichter volume consists of straight transcripts, covering the two years ending in 1972, and is primarily concerned with foreign policy. As a result, there is very little overlap between the tapes covered in the two books.

However, Dean’s e-book selection does include his transcript of the concluding 30 seconds of the infamous “18.5-minute gap” tape—the only section dealing with Watergate that was not erased; this recording is also transcribed in the Brinkley/Nichter volume. The temptation to compare the two transcripts is irresistible for any historian who has worked closely with presidential tape recordings and the results highlight the continuing relevance of the subjective and objective transcription issues discussed above. It is also essential to make clear that the sound quality of this tape is very poor—indeed maddeningly poor.

Below are three transcripts of the surviving 30 seconds of the July 20, 1972 discussion between President Nixon and chief of staff H.R. Haldeman: Click here to listen to the tape yourself; the excerpt begins at 29:31.  (Stanley I. Kutler, in Abuse of Power: The New Nixon Tapes (The Free Press, 1997), briefly summarized this June 20, 1972 tape but did not transcribe the 30 second excerpt.)

Nixon: If I can come back on this thing more intently, I can be very, very serious on the hypocrisy. There’s no question there’s a double standard here.

Nixon: I don’t give a shit about that. Also regarding political money, [and contributions too.]

Nixon: They’re all doing it. That’s, that’s the standard thing. Why the Christ do we have to hire people to sweep our rooms?

Haldeman: Because we know they’re—

Nixon: Yeah. They’re bugging. And why—

Haldeman: Sue ‘em. [softly interjected, while the president is making his point, and ignored]

Nixon: Ah, we have been bugged in the past, haven’t we?

Nixon: Back in connection with wiretapping, I think it’s very, very serious.

Nixon: With regard to [unclear] do it—

Nixon: —[unclear] prior authorizations to have it done. They’re all doing it! That’s a standard thing. Why the Christ do we have to hire people to sweep our rooms?

Nixon: We have been bugged in the past.

Nixon: If I can come back on this thing more intently. I can be very, very serious on the [indaudible]. There’s no question there is a double standard here.

Nixon: They’re all doin’ it. That’s the standard thing. Why the Christ do we have hire people to sweep our rooms?

Haldeman: Because we know they’re…

Nixon: We have been bugged in the past.

Even after listening several dozen times to this one 30 second excerpt, it would be irresponsible to suggest that the transcripts in one book are more reliable or accurate than those in the other. Rather, the point is to demonstrate that four experienced historians can differ so much over the content of even this very brief tape recording.

Obviously such disagreements would be vastly reduced in a tape of good acoustic quality. But, historians working on these recordings must take the bad with the good and acknowledge that transcripts will never be definitive, final, or uncontested.