The 12 Worst Presidents Ranked by Their Inhumanity

Al Carroll is Assistant Professor of History at Northern Virginia Community College, a former Fulbright Scholar, and the author of "Presidents' Body Counts:The Twelve Worst and Four Best American Presidents Based on How Many Lived or Died Because of Their Actions," available on Kindle, Lulu, and Smashwords. More information on him is at http://alcarroll.com. 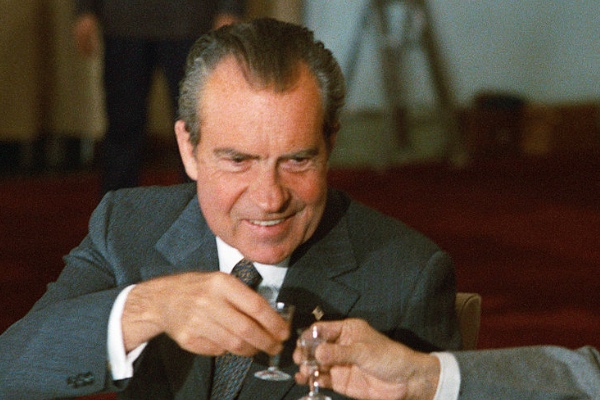 For all the gravity with which the presidency is written about, assessments of presidents are often at least partly based on fluff more suitable for Hollywood than Washington. Among the criteria that presidential rankings use are leadership, accomplishments, political skill, and character. Every one of those criteria but accomplishments are extremely vague to the point where no two people could agree on a definition. All of these qualities except character are pointedly amoral. Technically, Foreign Minister Von Ribbentrop of the Third Reich was quite adept at political skill. For such amoral use of skill, he was rightly hanged at Nuremberg.

Other criteria used over the years include handling of the economy, communication, ability to compromise, foreign policy accomplishments, intelligence, imagination, family, education, and experience. For all except the economy and foreign policy, these are qualities more suited to middle management at a corporation than president. One looks in vain for heroic qualities, or even moral ones or basic decency.

For the president is not a CEO. Except for managing subordinates, the business field has some of the worst guidelines one could choose for political office. One’s ability to turn a profit for one’s self or a company has nothing to do with running a country. The two better models would be, one, running a charity. Does a president possess the abilities to run an organization designed to rescue people from disaster, poverty, disease, crime, or war?

The other model one could use should be either unions or civil rights organizations. I can already imagine many conservatives blanching at the thought. But what both outfits share are their ability to work to unite masses of people in a cause, fairer treatment for people of a class, profession, or ethnic group. It is no coincidence that in Europe and Latin America, union organizers are far more often elected than in America, where the US tends to elect businessmen and lawyers. The practices come from and result in a far more unequal society. In fact, civil rights organizers are among the few American congressmen with a history of consistently putting popular concerns above elite ones.

The first ranking of presidents by historians was done in 1948 by the venerable Arthur Schlesinger. Later surveys came from his son, Arthur Schlesinger Jr,, also quite the figure. Both men’s personas, methods, and writing styles reflect much of the profession’s foibles. Both are or were nominally liberal, but the most middling cautious form of liberalism possible. Ideologically, both were or are just barely to the left of center, and in terms of approach are conservative as in very cautious.

Most rankings of presidents by historians have not gotten much better. The Chicago Tribune, Sienna College, C-Span, the Wall Street Journal, the Federalist Society, Newsweek, and History News Network have all done surveys of presidential historians with fairly consistent results. At the top are the names one would expect, Washington, Lincoln, and both Roosevelts. At the second tier one finds in almost all surveys Truman, Eisenhower, Wilson, and Reagan, usually followed by Kennedy and Lyndon Johnson.

The two dramatic exceptions to these results, not surprisingly, are the Wall Street Journal and Federalist Society. As one would expect from institutions speaking for financial elites or their disciples, they gave higher ratings to Reagan and even GW Bush. Their most ludicrous result was GW Bush rated as the sixth greatest president of all time.

Public opinion surveys are not far different from historians. The reasoning, though, is likely different. Washington will always be near the top of the rankings, despite most Americans being unable to tell you anything he did as president beyond being the first one. Public opinions of presidents are largely recognition tests, the most famous ones plus the most recent.

What I propose to do instead is judge presidents by the most nonpartisan and reliable standard: who did the most harm and/or good to the greatest number of people, measured especially by the number of deaths they either caused or avoided, along with their intent. Judge presidents by their humanitarian record above all else, and everything as secondary, largely irrelevant.

Judging the good that an individual does is far more difficult than weighing their evil or injury. For presidents, one must judge such amorphous measures as how they led or at least worked with public reform movements, how many were helped or harmed by a legislative measure and just how much did that president play a role in its being passed, how issues of war and peace were carried out, and how much attention they devoted to being farsighted on issues that with 20/20 hindsight now seem so important.

Judging harm can be hazy as well. Judging outright evil is far easier. The most obvious evil is how many innocents died, or to be more blunt and less euphemistic, how many were killed or even murdered or massacred because of presidential orders. Those historians, journalists, commentators, activists, or politicians who insist on judging a president on such sideshow pablum and superficiality as “inspiring confidence, “leadership,” or “presidential caliber” are frankly not much better than celebrity tabloid writers.

Such cheerleaders for the presidency have become far too enamored of their subjects. Like a celebrity journalist, an author who judges a president for how they made the general public feel deserves little credibility. Ones who make excuses for, again, actions that must be rightly labeled evil, based so on the party or ideology of a president, deserve to be called party hacks and hypocrites. If two presidents of opposite party or belief carry out the same evil, they are both evil. One cannot in good conscience be an apologist for great evil, or even “minor” evil. For American presidents do commit evil all the time. If one knows anything in depth about American history one cannot deny that, and only the most willfully blind shall.

But I am hesitant to simply rank by the greatest number of deaths and thus place a great deal of weight based on intent. Simply adding up deaths has the danger to turn any study into a simple minded obscene beauty contest in reverse. Nixon and Jackson both played a role in genocides, Nixon against Cambodians and Jackson against the Five Tribes. Nixon's victims numbered many times more. But if your ancestor was one of the victims, the trauma is no less.

Obviously malice matters more than neglect, and neglect in turn more than incompetence. Intent matters above all. Even more difficult is weighing a president guilty of horrific crimes, yet sometimes doing good. There should be a separate category for such men.

Looking at sheer numbers of deaths, I say that clearly the worst presidents have to be expanded to twelve. Numbers are only part of the reason for my rankings. Genocide definitely means one should be ranked among the very worst. This is followed by; making genocide possible or ignoring genocide; atomic, biological, or chemical warfare; partial responsibility for mass deaths; and finally deaths by incompetence or ideological blindness. Not having mitigating factors of humanitarian accomplishments also affects rankings. Uncertain factors are also listed.

The US-directed Cambodian genocide, leading to the Khmer Rouge genocide.

The latter half of the Phoenix Program of mass torture.

Overthrow of the Chilean government.

Chemical warfare by Agent Orange and napalm in the US-Vietnam War.

Mass deaths by ideological blindness in the US-Vietnam War.

Mass deaths by collaborating with genocide in Guatemala, US sponsored terrorism in Nicaragua, supporting repression in El Salvador and Honduras, US bombing El Salvador, and invasion of Grenada.

Ignored California Indian genocide. Being a presidential candidate for Know Nothing terrorism.

Ignored Rwandan genocide. Even Clinton admits 300,000 could have been saved.

Mitigated by: Delayed North Korean development of the A-bomb.

Intervention, though late, to stop atrocities in Bosnia.

Ignored in genocide in East Timor.

Chemical warfare by napalm in the Korean War.

Many argue Truman largely started the Cold War. His responsibility is shared with many.

War of aggression against Filipinos, failure to stop atrocities.

Mass deaths by incompetence and ideological blindness in the Afghanistan and Iraq Wars.

Mitigated by: Actions on AIDS in Africa.

Blocked law enforcement against most of 50,000 murders by racist terrorists during Reconstruction. Pardoned former Confederates.

Dishonorable Mentions for Other Presidents:

Deaths from internment of German-Americans and dissidents.

Overthrows of governments in Latin America and the Mideast.

The best presidents actually have to be limited to four at most. For all presidents listed as best, the number of lives saved must greatly outweigh any failures that led to preventable deaths.

Emancipation of Black slaves and American Indian slaves in California.

Slaves had a child mortality rate double that of free people. Ending slavery saved many children.

Defeating the Confederacy prevented their planned conquests of the Dominican Republic, parts of Mexico, and Spanish colonies, and future wars against the US.

Mitigated by: 38 Dakota who were still executed.

Failing to stop the Long Walk against the Navajos.

Avoiding war with Britain and Mexico:

The Trail of Tears, though planned and put into place by Jackson, was carried out by Van Buren.

Mitigated by: Not applying human rights policies to Cambodia, or Indonesia in East Timor.

Peace Policy reduced battles between US Army and Natives by four fifths and ended extermination of Natives as US government practice.

Mitigated by: Not defending Blacks during Reconstruction consistently.

Those with a mixed legacy, both saving and causing many deaths, are grouped chronologically and not ranked. The biggest reason otherwise good presidents committed great harm was by following the advice of military experts.

Banned the US international slave trade.

Avoided wars with Britain and France.

Japanese-American and Aleut deaths during internment.

Failure to save lives during the Holocaust. Perhaps one tenth could have been saved.

Repression in Puerto Rico, including massacres, where FDR failed to fire those responsible.

Chemical warfare by Agent Orange and napalm in the US-Vietnam War.

The first half of the Phoenix Program of mass torture.

Invasion of the Dominican Republic.

Mass deaths by ideological blindness in the US-Vietnam War.

War on Poverty saved many lives by reducing poverty rates.

Wars of aggression against Iraq and Panama.

Rescued Kurds in Operation Restore Hope I and II.

That five presidents carried out both heinous and humane actions in our history says much about the power of the office, that neglect, carelessness, or lack of reflection can cause mass deaths as much as evil intent. That in part is what this kind of ranking is designed to impart and get the reader to think about rather than simple cheering for the presidency, American power, or one's own party, or belief.

You may agree or disagree with my rankings, and substitute your own. But hopefully more scholars and more of the public will rank as I have, based on moral judgment or humanitarian longing, rather than on partisanship, ideological affinity, or what they think makes American presidencies look good or Americans feel good about themselves. Hopefully we as scholars should teach such critical thinking rather than the rote hero worship that most Americans left behind before they finished middle school.