Jonathan Harrison, an HNN Contributing Editor, is an adjunct Professor in Sociology at Florida Gulf Coast University and Hodges University whose PhD was in the field of racism and antisemitism. 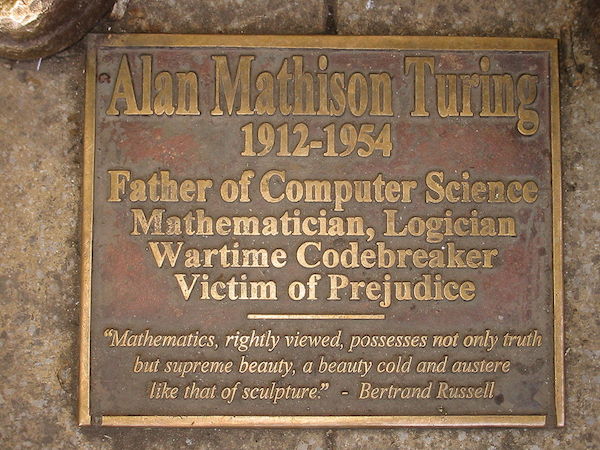 The idea that politicians ought to encourage "conversion therapy" has gained new ground with this proposal by the Texas GOP, despite the fact that New Jersey governor Chris Christie had previously asserted that "The American Psychological Association has found that efforts to change sexual orientations can pose critical health risks including, but not limited to, depression, substance abuse, social withdrawal, decreased self-esteem and suicidal thoughts." This disparity between Texas and New Jersey reflects a trend nationally whereby access to LGBT rights is dependent on a zipcode lottery, namely the state in which a person resides, as shown by these maps. I show below how historians may help to combat the resurgence of homophobia in states such as Texas by pointing out some unpleasant truths about the past record of such therapies.

On June 7, 1954, sixty years ago this month, the British genius and war hero Alan Turing committed suicide after undergoing chemical castration in order to avoid a prison sentence for gross indecency. In the same decade, the adolescent Lou Reed was subjected to gay conversion therapy instigated by his parents. He wrote, "They put the thing down your throat so you don't swallow your tongue, and they put electrodes on your head. That's what was recommended in Rockland State Hospital to discourage homosexual feelings. The effect is that you lose your memory and become a vegetable. You can't read a book because you get to page 17 and have to go right back to page one again."

The experiences of Turing and Reed ought to remind us that gay men could not make free decisions when they were surrounded by homophobic families, psychological professionals and law enforcement. The Texas GOP may tell us that 2014 is not the same context as the 1950s, yet this is belied by the fact that the "family values" rhetoric of the Tea Party is intended to evoke nostalgia for the decade of McCarthyism and Amos 'n' Andy, when public authorities cranked out homophobic films such as this one.

Such homophobia has real world consequences. Violence on grounds of sexual orientation makes up around 20% of recorded hate crimes. Equally importantly, although there is evidence that the rate of homophobia is falling in the US, the pattern is uneven and disguises the lack of protection from discrimination by employers.

The Texas GOP is thus gambling with the lives and careers of millions of people when it pretends that "voluntary" therapy can help them change their orientation. People with restricted rights do not enjoy freedom of choice in the true sense: "go straight or get fired" is not a voluntary option.