Elizabeth Hohl is a lecturer at Fairfield University. She holds a PhD in women's studies and history. 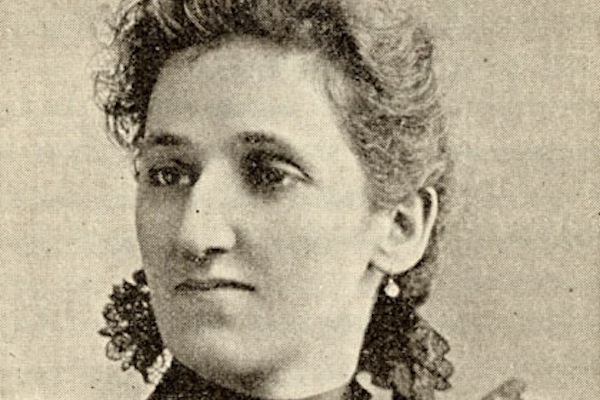 Image via University of North Carolina.

A short article sandwiched in between a controversy in the harness racing world and assorted advertisements reminds us of how important the knowledge of history is. Published in the New-York Daily Tribune on January 26, 1896, “Literature by Negroes” announced a new project by a local club: “Under the skylight of a business house in Murray St. is the nucleus of a unique library, which treats the rise and development of the American negro (sic).”  The Women’s Loyal Union (WLU), the article explained, sought a home for the books, pamphlets and periodicals collected in an effort to preserve and transmit African American literature, history and culture. Formed in December of 1892, the WLU supported “all constitutional, natural and civil rights of the people of African descent in this country.”   The group emerged shortly after the Lyric Hall testimonial that helped launch Ida B. Wells’ anti-lynching campaign. Journalist Victoria Earle Matthews (1861-1907), president of the WLU, was one of two organizers of the event that enabled Wells to share her story from a public platform and bring attention to racist mob violence in the New South.  Matthews served as the driving force behind the initiative featured in the article, too.

The establishment of a collection of books and other materials may seem like a departure from a civil rights agenda but for Matthews, the two remained inextricably linked. Born into slavery in Fort Valley, Georgia, she moved to New York City with her mother and sister after the Civil War. Her entrance into the workforce as a domestic effectively ended her formal education. However, she became an avid autodidact. Social worker Frances R. Keyser characterized her as a “book-loving” individual who “never missed an opportunity to improve her mind”.  With journalist and historian J. E. Bruce, Matthews formed the Enquiry Club in the early 1880s. Bruce credited her with focusing their reading and discussions on history. He recalled; “under her presidency, [we] got very busy and soon…discover[ed] that after all we who call ourselves Negroes are really somebody, that our forebears had done some things for which they have not been given full credit.” Though the group disbanded after two years, Matthews continued to promote the significance of what she called Race Literature. For her, such literature by African American women and men offered not only a counter-narrative to a distorted view of the past and present but critical sources of pride, purpose and identity -- fuel for the engine of social justice and a changed sense of self.  Bruce believed she “had planted the seeds” that flourished into the Black Studies movement.

The Daily Tribune reporter regarded Matthews as chiefly responsible for assembling “this novel collection.” Most likely, it was she who envisioned the possibility of a more permanent home such as “an alcove … in one of the public libraries of New York.”   Moreover, Matthews’ persuasive powers may also have convinced luminaries such as D. Alexander Crummell to pledge items from their private collections for a reference section, according to the article. Yet, public library space did not materialize during the late nineteenth century; not until 1925 did the forerunner to the Schomburg Center for Research in Black Culture open. The full realization of Matthews’ dream took decades to accomplish.

All or part of the materials mentioned in the article appear to have been placed at the White Rose Home, the settlement house Matthews co-founded. She drew upon this collection for the classes she offered in Race History. Keyser described her as she neared the end of her losing battle with tuberculosis, still determined to share what she knew. Such knowledge had empowered her and she wanted to provide young people with similar inspiration.  Awareness of “the work and worth of the men and women of their race” was transformative.  As Women’s History Month draws to a close, it is worthwhile to remember Victoria Earle Matthews and the belief that sustained her: history matters.