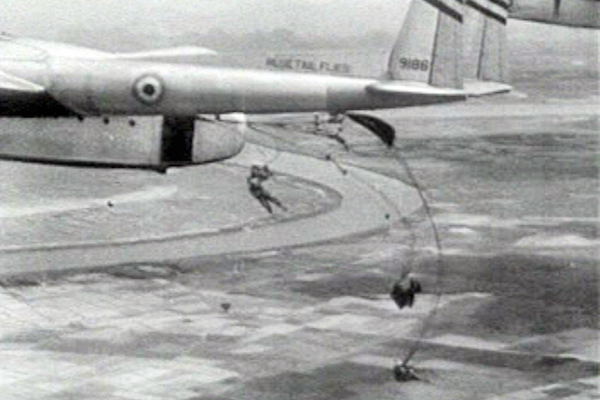 March 13, 2014 marks the sixtieth anniversary of the day in 1954 when the Vietnamese revolutionaries known as the Viet Minh opened the Battle of Dien Bien Phu, which marked the end of the French imperial adventure in Indochina. General Vo Nguyen Giap, the Viet Minh commander, passed away just a few months ago and did not live to see this day. But Giap, who served as the defense minister of North Vietnam through the entire American War -- and, indeed, many Vietnamese -- always considered Dien Bien Phu their greatest moment.

It's not hard to see why.

During America's war in Vietnam, the North Vietnamese beneffitted from having a real army, trained over years, well-equipped by Chinese and Soviet patrons, and a well-entrenched state apparatus. At the time of Dien Bien Phu, by contrast, the Viet Minh controlled only portions of the land (outside of the major cities, naturally), faced economic challenges, and were already weary from years of bitter fighting. In addition, the logistical obstacles simply in mounting the effort to assault the remote French position were enormous.

Dien Bien Phu was a far-away mountain valley in the northwest quadrant of Vietnam, hundreds of miles from Viet Minh bases. Roads were few and mostly had not been maintained for a decade. To support an army there -- and the Viet Minh numbered 50,000 men -- required a scale of supply far beyond anything the Vietnamese had ever attempted. Their opponents, the French Expeditionary Corps, possessed all the advantages of a modern, Western army -- tanks, guns, planes, elite paratroops and Foreign Legion units, sophisticated command control mechanisms, good intelligence regarding their adversary -- and they fought in a region where the Viet Minh had made many fewer inroads with the population than in the coastal lowlands. The French had another major advantage: massive militaryaid from the United States, a torrent by comparison with Chinese and Soviet support for the Viet Minh.

But this did not mean the French expected victory to be easy at Dien Bien Phu. It was in many respects the final roll of the dice for the French war effort -- and the generals knew it. Like their enemy, France had grown weary of the war. The mountain valley lay far from French bases too, and the total French lack of control of the ground in northwest Vietnam made Dien Bien Phu completely dependent on aerial supply. When Giap's artillery opened a barrage on Dien Bien Phu's airfield, the only way French troops could be resupplied was via airdrop. Within days Giap’s men captured positions that sealed it completely shut with anti-aircraft guns ringing the drop zone.

By then, the battle became an albatross around the French neck. Only American intervention in the form of Operation Vulture could have saved the French position. Washington struggled hard throughout the siege of Dien Bien Phu, and even after it ended, to craft conditions suitable for American military action. The effort to create a platform from which to intervene did not end with the Geneva agreements of 1954, or with the formation of the Southeast Asia Treaty Organization, or even with U.S. support for the nascent government of South Vietnam -- and it ultimately led direct to America's war in Vietnam.

The decades since Dien Bien Phu are littered with similar dramas. The typical production features a local ally -- usually a government but sometimes an insurgent force -- who possesses a modicum of power but is unstable, and an adversary (with varying degrees of power and determination) contesting some place the United States considers to have strategic importance. Today, the play is Crimea. Syria was yesterday. A year ago, Libya. Iraq (and its prelude). Afghanistan. Kosovo. Haiti. Somalia. Panama. Nicaragua. Lebanon. the Dominican Republic. The reviews of these productions can be left to others.

At Dien Bien Phu, the United States had a substantial capacity to act. But the lesson of Dien Bien Phu is that the critical variables lie in the stability of America’s local ally and in its own goals and interests, rather than U.S. firepower. At Dien Bien Phu American intelligence believed there was no reason the loss of the French garrison should affect the overall conduct of the war. But General Giap and Ho Chi Minh knew better. A weary American ally had decided the game was no longer worth the candle and wanted to get out of the war. That made Paris extraordinarily vulnerable to the impact of a military defeat in the Vietnamese mountains. Washington discovered it could not make Paris stick to the commitments the French made along the way as the U.S. strove to craft conditions for its intervention. Something similar appears to have happened in Afghanistan, where Hamid Karzai is backing away his own commitments to the United States.

In making their decisions on intervention, United States officials need to become much more sophisticated in their appreciations of the stability of local allies -- and discerning of the goals and interests of those parties to conflict.