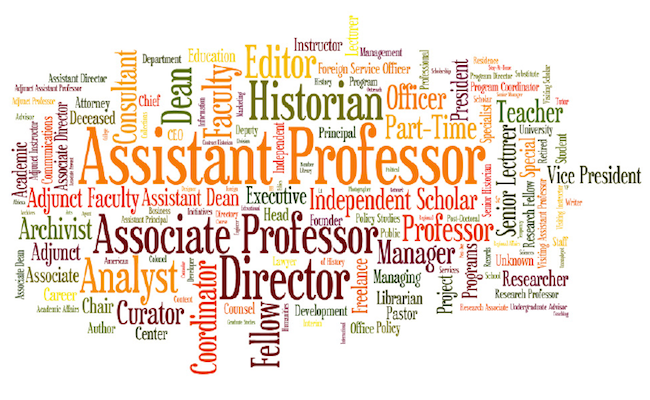 A slim majority of history PhDs who received their degrees between 1998 and 2009 hold tenure-track positions at four-year colleges and universities, according to a new study from the American Historical Association.

However, nearly one in five history PhDs hold non-tenure-track and/or contingent positions at two- or four-year colleges and universities, and that number is rising.

The study, jointly produced by Maren Wood and Robert Townsend, is generally positive about the job prospects of history PhDs. Of the nearly 2,500 PhDs for whom data was collected, only two were actually unemployed, and, as the authors dryly noted, no PhDs “occupied the positions that often serve as punch lines for jokes … as baristas or short-order cooks.”

African, Asian, and Middle Eastern specialists are the most likely to find tenure-track employment, with Europeanists, North Americanists, and globalists the least likely. However, U.S. history specialists are more likely to be employed in history work outside of academia. Recipients of PhDs from elite institutions are considerably more likely to be employed in tenure-track positions at research universities.

Around a quarter of history PhDs are employed outside of the academy. The most popular non-academic career tracks are academic administration, non-profits, employment within the federal government (excluding archival positions, which were cataloged separately by the authors), the private sector/business, and K-12 teaching. Fully 75 percent of historians employed outside of the academy were found to be engaged in work that utilizes their historical training.

A small fraction of history PhDs were found employed at libraries, museums, and archives – 1.4 percent of the overall study – and over a third of those so employed also hold either MIS or MLS degrees.

Gender was found to be a statistically insignificant variable overall. Within the academy, women are slightly more likely to hold tenure-track positions, but amongst non-academics, women are more likely to fall under the category of “self-employed.”

The full survey is available on the AHA website.