Historian Harlow Giles Unger is the author of “Mr. President”: George Washington and the Making of the Nation’s Highest Office, which Da Capo Press has just published. Mr. Unger has written more than twenty other books, including recent biographies of James Monroe, Patrick Henry, and John Quincy Adams. 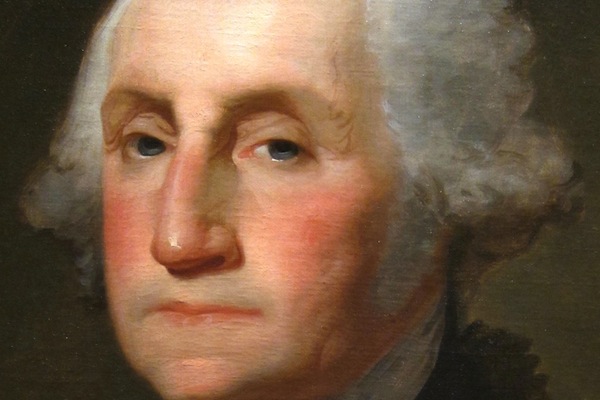 “If the minority ... are suffered to dictate to the majority...there can be no security for life, liberty or property.”

Although President Barack Obama might have responded to this year’s budget and debt crises with a similar warning, the words were those of President George Washington more than two centuries ago. A man of action, tempered in battle, Washington had pledged “to preserve, protect and defend the Constitution of the United States” when he took office – even when it meant ignoring the letter of the Constitution “to preserve, protect and defend” the spirit of that document.

He did so many times during his eight years at the nation’s helm -- once, in the face of budget and debt crises similar to the one that confronted President Obama this fall.

When Washington took office, the Constitution had created only a figurehead president -- a commander in chief without power to raise troops or declare war, a chief executive who could not dismiss subordinates, and a chief law enforcement officer without a law-enforcement arm. The framers had lived under the tyranny of England’s George III and intentionally wrote a constitution to prevent an American president from evolving into a George IV.

As Congressman James Madison explained in The Federalist, “In our government, the executive department is not the stronger branch of the system, but the weaker.”

Madison and Congress assumed that, having presided over the Constitutional Convention and been first to sign it, Washington would sit quietly in the presidential seat and nod off to sleep. Instead, he roared with rage when he learned that he could appoint cabinet heads (“with the advice and consent of the Senate”) but could not dismiss them. All but threatening to resign, he demanded -- and won -- passage of a bill empowering him to dismiss all executive appointees.

The power over executive appointees was the first of seven pillars of power that Washington would raise during his two-term presidency that transformed his office into what modern scholars call the “imperial presidency.” The second pillar was the power to spend in the absence of a congressional authorization or appropriation.

Although the Constitution gave the House of Representatives sole authority to appropriate funds and authorize government spending, Congress recessed in the fall of 1789 having passed a budget without appropriating funds or authorizing any spending. President Washington was left to run the government without money. Ignoring the letter of the Constitution, Washington ordered Treasury Secretary Alexander Hamilton to borrow the necessary funds from New York’s commercial banks.

Not long thereafter -- again, Congress was in recess -- Indian attacks on American settlers in the West forced Washington to assume extra-constitutional powers by sending troops to protect American lives. Rather than face public wrath by withholding the President’s right to defend Americans and American territory, Congress later passed the Militia Act, giving the President the legal right to exercise powers he had already exercised illegally.

In acquiescing, Congress ceded power to lead the nation to war to the President and let Washington raise a third pillar of power -- over national defense. Of more than a dozen wars which the United States have waged since then, Congress has issued formal declarations in but five: the War of 1812; the Mexican War; the Spanish-American War; and World Wars I and II.

In one of the defining events of his presidency, Washington raised a fourth pillar of power in the summer of 1794 -- federal law enforcement. Ignoring constitutional constraints, he ordered troops to crush tax protests by American citizens in western Pennsylvania. It was every American’s worst nightmare -- Washington turned tyrant, using troops to crush citizen protests much as the British had done thirty years earlier when Washington himself had been a protester.

Import duties had proved too little to cover government expenses and, with no other revenue sources available, Washington and Treasury Secretary Hamilton asked Congress for a 25 percent tax on whiskey stills. The tax affected almost all Americans indirectly, but grain farmers in western Pennsylvania suffered most. With no roads to transport grain in bulk across the Appalachian Mountains, they distilled grain into whiskey they could carry easily in jugs and barrels by mule over narrow mountain trails to eastern markets. For farmers, the whiskey tax threatened their existence, and they met tax collectors with pitchforks, tar and feathers, and gunfire. Thousands rallied near Pittsburgh, threatening secession and union with Canada or an attack on the American capital in Philadelphia.

The president responded with outrage, summoning troops to crush “the whiskey rebellion” and end the threat to majority rule in government.

Less than two years later, House Republicans beholden to Thomas Jefferson refused to fund a commercial treaty with Britain that the Senate had ratified and Washington had signed into law -- the famed Jay Treaty. When Congress demanded to see confidential papers from the negotiations, the president refused.

“The power of making treaties,” he roared, “is exclusively vested in the president, and the duty of my office … forbids compliance with your request.”

Washington then rallied the nation behind him, crushed the attempt by Thomas Jefferson’s House Republicans to defund what was already the law of the land, and raised the fifth and sixth pillars of presidential power -- foreign affairs and executive privilege.

Washington established a seventh pillar of power after France and Britain went to war in 1793 and seized hundreds of American ships at sea to prevent American goods from reaching enemy ports. Rioting erupted in American cities as pro-French mobs battled pro-English mobs, demanding that Congress declare war on one side or the other. Knowing the nation could ill afford war, Washington took the law into his own hands and issued a “Neutrality Proclamation” that had the effect of law. He declared the United States neutral and prohibited Americans from joining either side.

The Constitution did not give the President power to issue a proclamation or legislate, but Washington set a precedent for all his successors. Abraham Lincoln embraced Washington’s precedent and issued the Emancipation Proclamation.