We Lost Our Humanity in Vietnam 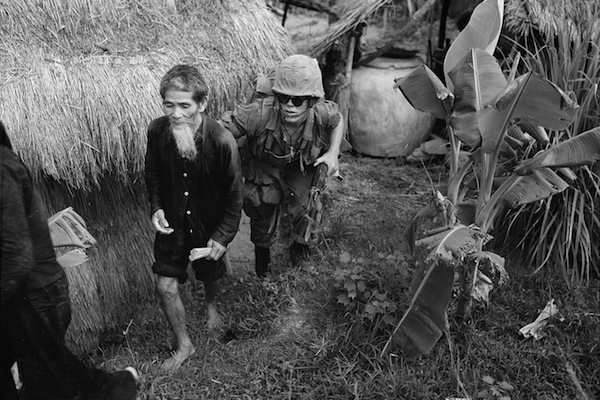 Nick Turse has a fine op-ed in the New York Times, “For America, Life Was Cheap in Vietnam.”  In it he argues that for Americans involved in the Vietnam War, life was very cheap indeed -- Vietnamese lives, that is.  Turse has written a powerful book, “Kill Anything that Moves,” that documents the total war the United States waged on the Vietnamese people and countryside.  As Turse notes in his op-ed, American leaders like General William Westmoreland demonstrated “a profligate disregard for human life,” mainly because their strategy “was to kill as many ‘enemies’ as possible, with success measured by body count.  Often, those bodies were not enemy soldiers,” Turse concludes.

As the U.S. embraced a bloody war of attrition, Turse observes that “the United States declared wide swaths of the South Vietnamese countryside to be free-fire zones where even innocent civilians could be treated as enemy forces. Artillery shelling, intended to keep the enemy in a state of constant unease, and near unrestrained bombing slaughtered noncombatants and drove hundreds of thousands of civilians into slums and refugee camps.”

I recently came across two accounts that lend further support to Turse’s conclusion.  The first is an article written by Bernard Fall, “This Isn’t Munich, It’s Spain,” published in Ramparts in December 1965.  (My thanks to Dan White for bringing this article to my attention.)  Bernard Fall was an expert on Vietnam; among other classic books, he wrote “Hell In A Very Small Place” (about the siege of Dien Bien Phu) and “Street Without Joy.”  He was killed by a mine in Vietnam in 1967.

Writing in 1965, in the early stages of large-scale American deployment of troops, Fall noted that the war had already become “depersonalized and, to a large extent, dehumanized.”  “It is a brutal war,” Fall continued, “and already, in what may loosely be termed the ‘American period’ [of Indochinese conflict], the dead are near a quarter million, with perhaps another half million people seriously maimed.”

“A truly staggering amount of civilians are getting killed or maimed in this war,” Fall concluded, illustrating his point by recounting an air raid he had accompanied that destroyed a Vietnamese fishing village.

By later standards (massive bombing by B-52s in Arc Light attacks), the air raid Fall witnessed, consisting of A-1 Skyraiders carrying napalm and fragmentation bombs, was small.  But don’t tell that to the Vietnamese fishing village that was utterly destroyed in this “small” raid.  As Fall recounts, the village may or may not have been harboring a Viet Cong unit.  If it had been harboring a VC unit, it may have done so unwillingly, and that VC unit may have already moved along by the time the Skyraiders appeared overhead.  No matter.  The village and villagers were burnt, blown apart, and strafed.  A U.S. official report recorded that a VC rest center “had been successfully destroyed.”

Such indiscriminate attacks convinced Fall that the U.S. was not “able to see the Vietnamese as people against whom crimes can be committed.  This is the ultimate impersonalization of war.”

But even more worryingly for Fall was that “The incredible thing about Vietnam is that the worst is yet to come,” a tragically prescient statement.

And the worst might be represented by U.S. Army Lieutenant General Julian Ewell.  As the commanding general of the 9th Infantry Division in Vietnam, Ewell became known as the “Butcher of the Delta.”  Douglas Kinnard, an American general serving in Vietnam under Ewell, recounted his impressions of him (in “Adventures in Two Worlds: Vietnam General and Vermont Professor”):

Ewell, recalled Kinnard, “constantly pressed his units to increase their ‘body count’ of enemy soldiers.  This had become a way of measuring the success of a unit since Vietnam was a war of attrition, not a linear war with an advancing front line.  In the 9th [infantry division] he had required all his commanders to carry 3” x 5” cards with body count tallies for their units by date, by week, and by month.  Woe unto any commander who did not have a consistently high count.”

In a war in which commanding generals rewarded American troops for generating high enemy body count and punished those “slackers” who didn’t kill enough of the enemy, small wonder that Vietnam became an American killing field and a breeding ground for atrocity.

Bernard Fall ended his powerful article on an ambiguous note.  After having talked to a lot of Americans in Vietnam, he noted he hadn’t “found anyone who seems to have a clear idea of the end -- of the ‘war aims’ -- and if the end is not clearly defined, are we justified to use any means to attain it?”

In Vietnam, the U.S. used immoderate means, often with wanton disregard for the lives or livelihood of the Vietnamese people, in pursuit of ill-defined ends.  Echoing Fall’s words, we pursued open-ended devastation for no clear purpose with little regard to moral responsibility.

We lost more than a war in Vietnam. We lost our humanity.