The State of Maryland vs. Abraham Lincoln

David O. Stewart, the author of several works of history, has just published a historical mystery exploring the John Wilkes Booth conspiracy, The Lincoln Deception. His website is www.davidostewart.com. 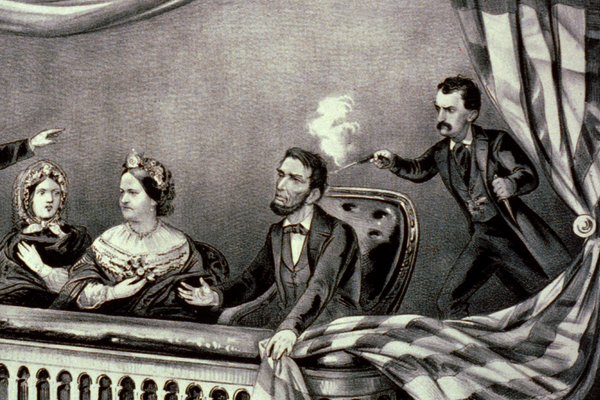 As Abraham Lincoln took over the White House in early 1861, eleven were states were seceding from the Union. But it was a border state that didn’t secede -- Maryland -- that posed the greatest danger to the new president.

Maryland’s Southern sympathies grew from its long tradition of slaveholding and economic ties with the South. The 1860 census counted nearly 90,000 slaves in Maryland, or one-eighth of its population. The head of Baltimore’s police force advocated secession. The governor sympathized with the South. Marylanders formed at least eight regiments of the Confederate Army.

But Lincoln could not allow Maryland to secede. Strategically located on three sides of the District of Columbia, if Maryland left the Union, so would the nation’s capital.

Maryland first threatened Lincoln through a Sicilian barber named Cypriano Ferrandini, who plied his trade in the basement of Baltimore’s Barnum’s Hotel. Ferrandini’s conspiracy aimed to assassinate Lincoln as he passed through Baltimore on his way to be inaugurated as the sixteenth president.

They planned to trap Lincoln when he changed trains. A staged distraction would draw off any police escort, allowing assassins to fall upon him. In a solemn ceremony, the conspirators drew lots to choose the man to strike the fatal blow. Ferrandini later claimed he rigged the drawing so eight men each would think he was the instrument of assassination.

When famed detective Allan Pinkerton got wind of the conspiracy, he hustled Lincoln through Baltimore ahead of schedule, in the dark of night and in disguise. The gambit worked, though Lincoln faced ridicule for his supposedly cowardly conduct.

When Union troops arrived in April, Baltimore’s pro-Confederate citizens rioted. Lincoln had had his fill of Maryland’s Confederate proclivities. He suspended the writ of habeas corpus in parts of the state while federal agents arrested Baltimore’s mayor and head of police, several newspaper editors, and two dozen state legislators.

An anguished Marylander, living in distant Louisiana, exhorted his home state to resist “the despot’s heel.” In a poem later set to music as Maryland, My Maryland, he wrote:

She is not dead, nor deaf, nor dumb – Huzza! She spurns the Northern scum!
She breathes! She burns! She’ll come! She’ll come!
Maryland! My Maryland!

If At First You Don’t Succeed

Plenty of Marylanders continued to resist the supposed despot in Washington. Toward the end of the war, John Wilkes Booth led a second Maryland-based assassination plot.

Born in Harford County northeast of Baltimore, Booth went into the family business: the theater. His father (Junius Brutus Booth) and brothers (Edwin and Junius) were even more celebrated actors, but John Wilkes acquired renown as a handsome and charismatic stage presence.

The young actor led a scheme to kidnap Lincoln and whisk him to Richmond to be ransomed for the release of Confederate soldiers held in Northern prison camps. In addition to his Southern Maryland followers, he recruited two school friends from Baltimore, Michael O’Laughlen and Samuel Arnold, and a sole figure from out of state, Confederate Army veteran Lewis Paine.

In mid-March 1865, Booth’s gang staked out a lonely road where Lincoln was expected to pass on his way to a performance for convalescing Union soldiers. The plot fizzled when Lincoln’s plans changed and he never materialized.

Though Confederate armies were losing the war on the battlefield, Booth and his fellow Marylanders converted their plot into one to kill the president, plus newly-elected Vice President Andrew Johnson, Secretary of State William Seward, and General Ulysses S. Grant. Two more Marylanders joined the group -- Edmund Spangler and David Herold -- and April 14 was the date for the four assassinations.

Booth completed his part by murdering the president during an evening performance at Ford’s Theater, but his co-conspirators were not so effective. Atzerodt lost his nerve when he arrived at Vice President Johnson’s hotel. After belting down a couple of drinks at the bar, he fled.

Lewis Paine invaded Seward’s home and viciously slashed the Secretary of State as he lay in bed recuperating from earlier injuries -- but Seward recovered. General Grant evaded the assassins by leaving in the afternoon for the New Jersey shore.

John Surratt escaped to Canada after the assassination and then made it to Europe. He finally came to trial in 1867, when a jury deadlocked on his case. He walked free. Fittingly, he lived most of his remaining years in Baltimore, dying there in 1916.

In 1939, the Maryland legislature adopted Maryland, My Maryland as the official state song, pledging Marylanders forever to spurn the “Northern scum.”