Historians Give Barack Obama a B-

The results: President Barack Obama gets a B-.

Historians graded the president on sixteen different metrics selected by HNN staff. Overall, historians were remarkably consistent in their judgment: Barack Obama was a promising presidential candidate and possesses sterling personal leadership qualities, but his administration has merely been adequate in delivering results. The most highly-praised achievement of President Obama's first term, the Affordable Care Act, was acknowledged in comments by many participants, but nevertheless many expressed disappointment that it did not go far enough.

Participants were also increasingly concerned about the administration's lack of transparency and its prosecution of Bradley Manning (most of the data was assembled before the Edward Snowden story broke).

Many historians were also disillusioned by the partisan gridlock in Washington, although they tend to place the blame largely on congressional Republicans.

Just about the only aspect of Barack Obama's presidency which has received universal praise from historians has been the president's Supreme Court appointments. Both Elena Kagan and especially Sonia Sotomayor are highly respected by academics.

We polled 679 American history professors via email beginning in April at 56 top colleges and universities (as ranked by the 2013 U.S. News and World Report), including small liberal arts colleges and service academies, to give Barack Obama a letter grade on 15 separate metrics, plus an overall grade (not a composite). We received responses from 203 historians. We then converted the letter grade to a 4.0 GPA scale (using the conversion guidelines laid out by the College Board), calculated the mean letter grade, and reconverted to a A-F scale (Fig 1). The president scored most highly for communication ability, integrity, and crisis management, and most poorly for his relationship with Congress and transparency and accountability. 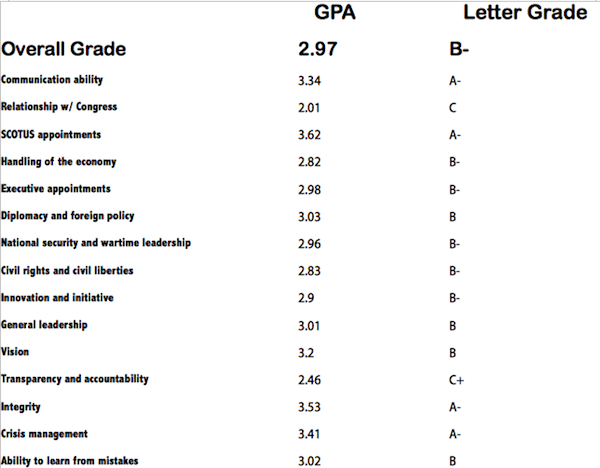 We encouraged respondents to include comments justifying their grades; we received 587 individual comments. Major themes included criticism of the relationship between the president and Congress (most commenters, however, blamed the Republican Party for the deterioration in relations) praise for the Affordable Care Act, the appoint of Sonia Sotomayor to the Supreme Court, the killing of Osama Bin Laden, and for ending the Iraq War. The president was criticized for his handling of the economy, his failure to close Guantanamo Bay, and drone strikes. We created a word cloud from the nearly 15,000 individual words from the comments. 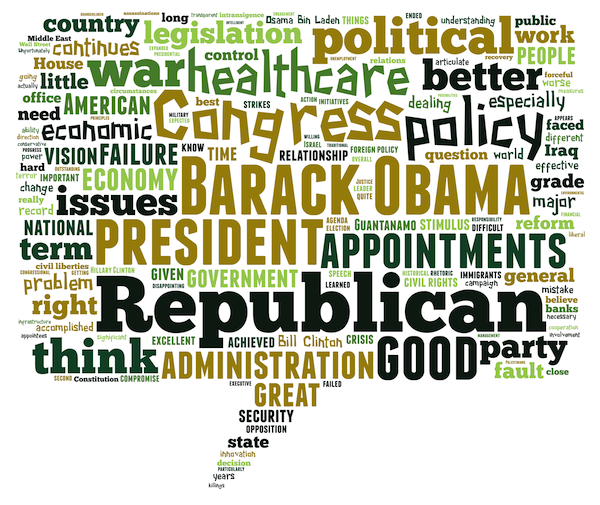 The home institutions of the respondents are broken down in Fig. 1., and the regions are broken down in Fig 2. Overall, the majority of respondents hold positions at major public and private research universities ranked within the top 25 history graduate programs. A slim majority teach at public universities, and a plurality teach in the Northeastern United States, followed by the South and the Midwest. 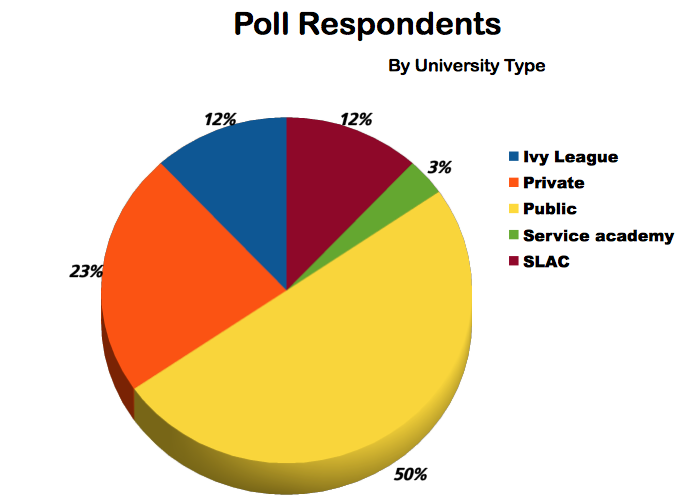 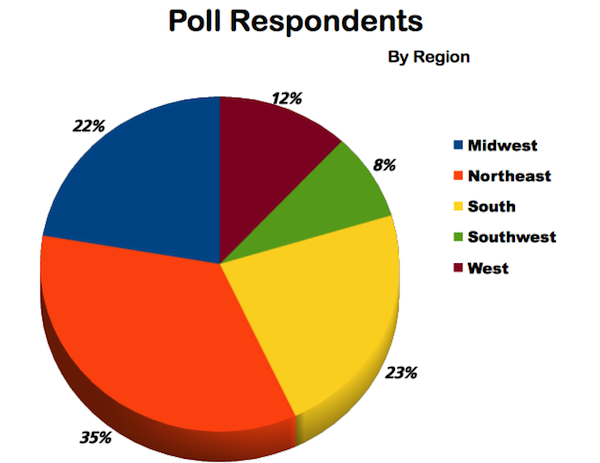