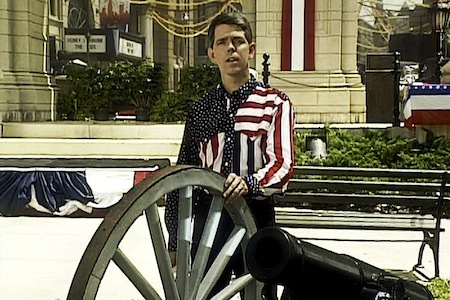 David Barton just can't seem to get his facts straight.

The conservative evangelical minister's 2012 book The Jefferson Lies, which argued that rather than a deist who argued for a “wall of separation” between church and state, Thomas Jefferson was in fact an evangelical Christian, was withdrawn from publication by its publisher, Thomas Nelson, last August.

On the Steve Deace Show on July 19, Barton said that only a handful of professors actually criticized his scholarship:

Warren Throckmorton, one of Barton's biggest critics, a professor of psychology at Grove City College, and co-author of Getting Jefferson Rightalong with fellow Grove City faculty member Michael Coulter, took issue with Barton's statement on his website:

Just four? I think he forgot some. Last August, World Magazine reported that Jay Richards assembled 10 Christian professors who expressed a negative response to the book.  Then there was Clay Jenkinson, and Martin Marty, and John Fea, and Paul Harvey, and Regent University’s Chuck Dunn, and Greg Forster, and Gregg Frazer and Steven Green. And then there were the 650 voters in the History News Network poll who helped Barton squeak out the Least Credible History Book in Print designation, just beating out Howard Zinn’s “A People’s History of the United States.” Then more recently, 34 Christian history and social science professors approached Family Research Council about the Capitol Tour video (which FRC removed from view due to the errors).

Throckmorton also took to Twitter, calling for professors who disagree with Barton to email or tweet their dissension to #Barton4.

Deace did admit that “I don’t know what the truth is here.”

Barton himself told Deace in his radio interview that he is widely criticized by academics, especially Christian academics like Throckmorton, but dismissed the criticism because “Christian professors were basically trained by pagan professors who hate God, and they're just repeating what they're told.”