American Heritage magazine, the embattled quarterly history periodical that suspended print publication in the fall of 2012, is not currently issuing refunds to its 120,000 subscribers, a spokesperson has told HNN.

“We're currently restructuring the organization, trying to balance between the non-profit and publishing entities,” said Lee Sutton, online and editorial associate for the magazine. Mr. Sutton said he was not sure about the company's future plans for either refunding subscribers or resumption of publication of the magazine.

Mr. Sutton referred our inquiry to the vice president of administration, who did not respond to HNN as of press time.

Subscribers are not happy. “I paid for a two-year subscription and received two issues,” wrote one commentator. “No response from AH to my emails. Just hoping someone will take them to court to get our refunds. I used to have respect for AH magazine and its owners.”

The subscription services phone number listed on the American Heritage website has been disconnected, and the subscription web page returns an error message. No other contact information is listed on the website aside from a generic email form, and subscribers have complained that they have not received responses. 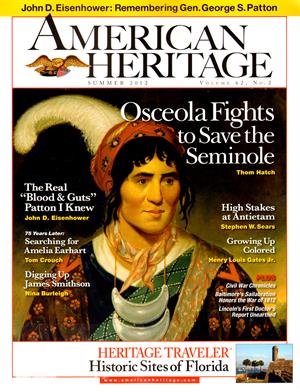 The president and editor-in-chief of the American Heritage Publishing Company, Edwin Grosvenor, said in May that the suspension of the publication would be “temporary,” pending an internal re-organization that will focus on the company's non-profit wing.

The main initiative, Grosvenor said, is to digitize the thousands of articles in American Heritage's back catalog and make that content available to school districts. The company is partnering with the Leona M. and Harry B. Helmsley Charitable Trust for the project and has received nearly $850,000 in grants.

American Heritage first began publication in 1954, and has run articles from some of the nation's leading historians, including Barbara Tuchman, Dean Acheson, James McPherson, and Eric Foner. The magazine's first editor was Pulitzer Prize-winning Civil War historian Bruce Catton. At its peak in the 1960s, the company employed nearly four hundred people, and even as late as the 2000s the magazine boasted 350,000 subscribers.

The decline of print publishing and the graying of the subscriber base, however, put pressure on the magazine, and American Heritage, then a bimonthly, suspended publication under editor Richard F. Snow in 2007, though the publication still maintained a website. Grosvenor, a veteran of the magazine and digital publishing industries, purchased American Heritage from Forbes in October 2008 and resumed publication as a quarterly edition until the fall of 2012.

American Heritage continues to maintain a website, but the most recent content dates to the summer of 2012.