Jerry Lembcke is an associate professor of sociology at the College of the Holy Cross in Worcester, Mass. He is the author of "The Spitting Image: Myth, Memory, and the Legacy of Vietnam" and "Hanoi Jane: War, Sex, and Fantasies of Betrayal." 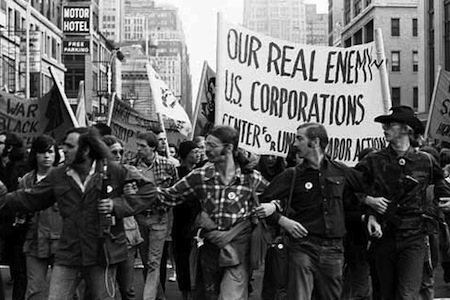 Credit: Vietnam Veterans Against the War. 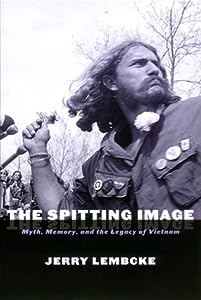 It’s that time of the year: Hi, my name is Emily and I’m supposed to interview a Vietnam veteran for my AP history class. Hello, I’m Chris and my senior project is on the Vietnam War. Do you know any veterans I could talk to? Dear Veterans, I’m studying the Vietnam War and I would like to know how you were treated when you came home. Could I ask you some questions? Thank you for your service, Jason.

Sometimes the inquiries arrive through the listservs of veterans’ organizations; others find their way to me more directly. They become more frequent in the months when the high school history curriculums reach the spring events that ended the war in 1975. The approach of Memorial Day in late May sustains interest in the war through the end of the school year.

The importance of war veterans as witnesses to U.S. history probably grew during the twentieth century due to the nation’s wars having been fought thousands of miles from the homeland which made the experience of them by other Americans all but impossible. But the war in Vietnam made the veteran-as-witness role even more important. The length and loss of the war, coupled with the dissent surrounding it, made civilians on the home front especially appreciative of the firsthand reports brought home by GIs, marines, airmen, and sailors. As skepticism grew about official claims of a “light at the end of the tunnel,” Americans sought out returnees for a second opinion on what was really going on “over there.”

Those “views from the bottom” -- the bottom of the military hierarchy -- had special resonance with historians, sociologists, and journalists who were also rethinking their traditional reliance on views from “the top” -- business leaders, politicians, and Pentagon press releases. The privilege traditionally given the “official view” was seriously undermined when the Pentagon Papers revealed that the government had been lying about the war for years. Inadvertently, the papers also confirmed that the critical eyewitness accounts like those brought home from Vietnam as early as 1965 by the decorated Green Beret Donald Duncan were more reliable. The publication of the Pentagon Papers and the Winter Soldier testimonies, both in 1971, were a double-barrel blow to government-Pentagon credibility about the war.

The power of veteran witnessing lives on through the many return delegations to Vietnam to assist rebuilding projects and land mine recovery, and through efforts at home to lobby for a demilitarization of American priorities. In cooperation with scholars, writers, filmmakers, and students they lend their memories to the still-ongoing efforts to record the history of the war.

Witnessing, of course, has its limitations -- war veterans not excepted. For one thing, through the years of the war in Vietnam, most veteran-witnesses were men. Derived from veteran memories of personal experiences, the American sense of war has been filtered through a sex-gender bias that is dismissive of criticism of war as “unmanly” -- or even associated with mythical betrayal figures like “Hanoi Jane.”

Personal experience in war is also exceedingly narrow. Thousands of airmen in Vietnam seldom left large airbases like Phu Cat; pilots, of course, “saw” the war from thousands of feet in the air, knowing little about the war on the ground. As a chaplain’s assistant in an artillery unit in 1969, I regularly traveled to landing zones (LZs) and fire-support bases where whole batteries of men lived for months at a time, in a sense isolated from the very war they were within -- and certainly cut off from Vietnam and its people. With the chaplain, I made visits to Navy destroyers patrolling off the coast; sailors on those ships never saw Vietnam, their personal experience of the war negligible.

Really, the vast majority of Vietnam War veterans would know more about the war today if they had spent their months of deployment stateside in a classroom with Howard Zinn.

In any case, the reliability of eyewitness accounts is questionable. Courts now consider such testimony skeptically because what we see and hear in any situation is a function as much of what we bring to it as what occurs in it. Nor is memory a snapshot; all of our memories undergo revision -- constantly. And the more intensive the interaction between our memories and conversation with others, or through exposure to film and literature, the more the memories change. America’s unsettledness about the war in Vietnam has meant its replaying ad nauseum through popular and political culture and, of course, through the oral histories collected, now annually, by students.

Time is also a factor and the aging process takes its toll on memory. But that too is subject to cultural influences -- the older we get, the better we were (in case you haven’t heard). But old soldiers don’t have a monopoly on “war stories,” and the war stories of raconteuring Vietnam veterans present some ironies.

The loss of the war in Vietnam was a hard pill to swallow for many Americans. The defeat by a small and underdeveloped nation of Asians was unthinkable, an outcome prompting a rethinking of what really happened and the revision of the war’s history into a story about defeat on the home front. Had it not been for liberals in Congress who would not let us fight the war that needed to be fought, and radicals in the streets whose antics demoralized our fighters and offered aid and comfort to the enemy, well, we would have won the war -- so went the betrayal narrative.

The tale of betrayal was given dramatic enhancement by the stories of veterans spat on and cast aside by an uncaring public and a government that never wanted us to win to begin with. By the 1980s the emotional attraction of the victim-veteran imagery was overriding almost all else about the war -- what happen to “our boys” when they came home a more likely barstool conversation than what happened at Ia Drang in 1965 or Dak To in 1967 or even less the assassination of Ngo Dinh Diem in 1963 or the Paris peace talks at the close of the war.

Lost wars are hard to let go of and prone to mythologizing. Like the stab-in-the-back legend spawned by Germany’s defeat in World War I, the stories of spat-on Vietnam veterans grew in number and popularity as the reality of defeat settled in; today, hundreds of men “remember” being spat on when they returned from Vietnam, even though there is virtually no record of those incidents occurring during the late years of the war, or even them being claimed at that time. Veterans indeed appear to graft onto their own biographies storylines from folklore and popular films, and then recount those stories as “memories” when interviewed.

The mythology of the veteran victimized by his homecoming experience merged easily with efforts to revise other unpleasantries nagging public memory of the war. The stomach-churning horror inflicted on the Vietnamese, for example, was as discordant with America’s self-image as a righteous people as was defeat with the nation’s sense of military invincibility -- a discordance needing some soothing. The efforts to reframe atrocities as acts of self-defense, or cover them with “fog of war” explanations, began almost as soon as the war was over, but it was President Jimmy Carter’s coinage of a “mutual destruction” thesis that fixed in the American imagination the idea that we had suffered as much by the war as they. The 58,000 names the on the memorial wall in Washington, D.C., and the larger number of wounded returned from Vietnam were physical proof of our losses and evidence of their brutality -- a one-sided equation that vilified the Vietnamese while spelling “’nough said” for many Americans.

Any corporeal weight that “mutual destruction” may have lacked was made up for by belief that “unseen wounds” had come home from Vietnam as psychic damage carried by traumatized veterans. That belief gained standing in 1980 when post-traumatic stress disorder was added to the Diagnostic and Statistical Manual of Mental Disorders (DSM III). From there, PTSD morphed from a diagnostic category into a cultural trope, signifying as well the combat bona fides of the victim-veteran. With the potential of symptoms to validate martial accomplishment -- a diagnosis as a “purple heart” -- it should surprise no one that mental health workers were swamped with cases of “factitious PTSD” in the 1980s.

The symbioses of some terrible things witnessed by soldiers, the mythology of veterans mistreated upon their return, the desire of antiwar liberals to “see” the unseen hurt of veterans, the seduction of atrocity stories to authenticate the veteran’s standing as a combat veteran -- all that converged in the hero-victim-veteran image that Hollywood made iconic with Rambo in 1985. It’s a complex, multivalenced image that evokes the tangle of emotions that keep Vietnam veterans foregrounded in the high school curriculum about the war.

I was recently asked by a parent if her son could interview me for his high school class. I said yes, of course. She then remarked that the assignment was “a nice thing to do.” “After all,” she said, “they didn’t have it so good coming home.”

While suppressing a smile at the “they” she had enveloped me in, I also wondered if she meant to imply that staying in the war zone would have been better than coming home. In any case, “the war” for her had apparently become a story about its veterans coming home, the interview assignment as much an opportunity to do something for the veteran as a learning experience for her son. Then again, how much could a seventy-year-old veteran teach him about a war fought forty years ago?

Bookends, of an ironic sort: the veteran, who might today be a better source for her son had he stayed home from Vietnam and read some history books; the student, whose education might be better served by reading a good history book about the war than interviewing the veteran.