Getting Beyond the "Clash of Civilizations"

David Cannadine is Dodge Professor of History at Princeton University. He is the author of "The Undivided Past: Humanity Beyond Our Differences." 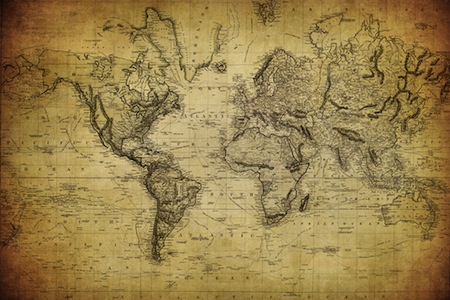 The world, undivided. Image via Shutterstock.

Two recent horrifying events, taking place thousands of miles apart, are a vivid reminder of how easy it is to see the world in simplistic, polarized terms, while also demonstrating how dangerous and mistaken it is to do so. In the aftermath of the Boston marathon bombings, the Tsarnaev brothers have rightly been denounced for their callous indifference to human life; but they have also been categorized and stereotyped as Jihadists, and as Muslims, which implicitly ties them to the perpetrators of 9/11, and to the view that the world is sundered by a "clash of civilizations," with the virtuous Christian west on one side, and the evil Islamic east on the other. Two monolithic identities, sustained and intensified on the basis of a deep antagonism that has existed for centuries.

Meanwhile, in Iraq, ten policemen and thirty gunmen have died in clashes in Mosul, where Sunni Muslims were protesting against the hostile policies of the Shia-led government. More generally, tens of thousands of Iraqis in Sunni-dominated areas have been protesting against the prime minister, Nouri al-Maliki, on the grounds that his administration is systematically discriminating against them. "If sectarian conflict erupts," Mr. Maliki has responded, "there will be no winner or loser. All will lose, whether in southern or northern or western or eastern Iraq." Yet that conflict has already erupted, and this latest example of the deep divisions between Shi’ite and Sunni Muslims in Iraq is a vivid reminder that there is in fact no such thing as a single collective Muslim identity.

But the temptation to suppose that there is just one religious community called Islam, which harbours deeply hostile attitudes to a no less solid Christian "West," and that this Manichean view of the world divided by conflicting creeds is an accurate guide to how things really are, remains very strong. In the aftermath of 9/11, President George W. Bush initially called for the launching of a "crusade" against its Muslim perpetrators, and he was later genuinely surprised to learn later that Islam was itself divided between Sunni and Shi’ite, and that the concept of Jihad was more likely to be an exhortation to individual journeys of fulfillment in finding and following the demanding path of God, than an incitement to all Muslims everywhere to embrace a holy war against the wickedly infidel Americans.

Underlying these simple binaries was the work of the Harvard political scientist, Samuel P. Huntington, who had popularized the concept of the "clash of civilizations" during the late 1990s, and whose thesis was enthusiastically embraced in the aftermath of 9/11 by the Bush administration in the United States, by the government of Tony Blair in Britain, and by many neo-conservatives, as providing an intellectual justification for their "war on terror," and for the subsequent invasions of Iraq and Afghanistan. According to Huntington, the world was indeed divided into separate, discrete civilizations, usually on the basis of differing religious beliefs; and it was these hermetically sealed civilizations that provided the most significant unit of collective human identity, and also the most likely cause of conflict.

In the aftermath of 9/11, some historians also jumped on the "clash of civilizations" bandwagon, among them Geoffrey Wheatcroft and Anthony Pagden, who produced books depicting a world irretrievably and violently sundered, initially between the East and the West, and subsequently between Christianity and Islam, extending from the confrontations among the ancient Greeks and Persians, via such battles as Poitiers and Lepanto, down to the conflicts of the present day. And their works have been followed by many others, all with the subtitle "clash of civilizations," ranging from studies of ancient Rome and Jerusalem, via Vasco de Gama’s journeys to Asia, to the encounters between the British and native Americans in the colonial era, and the wars between the British and South Asians during the Indian "mutiny."

Here, it seems, is significant historical validation for the view that the world is best understood in the Manichean terms of "us versus them," with civilizations clashing and conflicting, and usually on the basis of antagonistic religious affiliations. Yet while such a polarized perspective on the past and the present appeals to some politicians and religious leaders, to many journalists and pundits, and to some historians and political scientists, it is highly selective and irresponsibly misleading. To begin with, there has never been agreement as to how such civilizations should be defined, or how many of them there have been; and insofar as such collective identities do exist (which is doubtful), their relations have been characterized more by interaction, borrowing and conversation than by hostility, confrontation and conflict.

That has certainly been true of the encounters between Christianity and Islam. Both, after all, are monotheistic religions, and historically, they have been as much concerned with peace and mutual accommodation as with conflict and war, and both have also been prone to internal schism and division. In medieval and early modern times, there was a burgeoning commerce across and around the Mediterranean between Christians and Muslims, and not only in goods, but in culture and ideas, too. Most of the great authors of ancient Greece, for example, reached medieval Europe by way of Arabic translations. And many of the "great sea’s" great cities, such as Alexandria, Aleppo, Beirut, Jaffa, Smyrna and Salonika were, until relatively recent times, places where Christians and Muslims lived and traded in relative harmony.

On closer inspection, these allegedly monolithic identities of "Christianity" and "Islam" turn out to be nothing of the kind; their relations have been characterized as much by accommodation as by antagonism; and in any case, religion is only one of many different human identities. All too often, politicians and pundits exhort us to see the world in simple, binary, polarized terms. But it is one of our major tasks as historians to keep pointing out to them that reality is much more complex, and that is what I have tried to do in my new book, The Undivided Past: Humanity Beyond Our Differences.