We All Politicize History

Robert Jensen is a professor in the School of Journalism at the University of Texas at Austin and board member of the Third Coast Activist Resource Center in Austin. He is the author of "Arguing for Our Lives: A User’s Guide to Constructive Dialogue" (coming in 2013) and "All My Bones Shake: Seeking a Progressive Path to the Prophetic Voice" (2009). Twitter: @jensenrobertw. 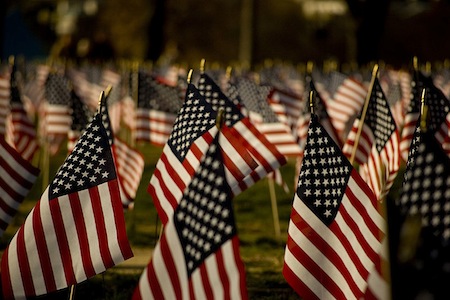 Here’s an interesting question for historians: Why do ideologues never seem to be aware of their own ideology?

The groups’ answer to the title’s question is “yes,” which is hardly surprising given the NAS’s longstanding critique of scholars who raise questions about the mythology of American greatness.

Based on an examination of the assigned readings for all eighty-five sections of lower-division American history courses at the University of Texas at Austin (where I’ve been a professor in the School of Journalism for twenty years) and Texas A&M, the report concludes that:

[A]ll too often the course readings gave strong emphasis to race, class, or gender (RCG) social history, an emphasis so strong that it diminished the attention given to other subjects in American history (such as military, diplomatic, religious, intellectual history). The result is that these institutions frequently offered students a less-than-comprehensive picture of U.S. history.

I share the NAS’s concern that research and teaching have become so specialized that insufficient attention is paid to the big picture. But the key question is, what kind of big picture should be painted? Here I part company with the conservative politics of the group -- the mythology of American greatness is, in fact, mythology, and good research and teaching should challenge myths. As is the case with all imperial powers, the United States’ record includes not only examples of greatness but some of the most barbaric crimes in recorded human history.

Scholars can, and should, argue those points, based on “reasoned scholarship and civil debate,” as the NAS advises. But such debate should begin with the recognition of the obvious: in attempts to understand humans and human societies, everyone has a politics and everyone’s politics matter.

That’s why the final recommendation of the “Recasting History” report -- that we “depoliticize history” -- is so troubling. Do the report’s authors not recognize their own political position? Apparently they do not get the humor in ideologues decrying the ideology of others.

Political biases are, of course, present throughout any course in the humanities and social sciences, no matter whether a professor acknowledges them or not. From decisions about what topics to cover, to the list of readings, to the framing of lectures and discussions -- teaching is always political, if by that one means that judgments about the nature of power in a society affect what, and how, one teaches. To recognize that all research and teaching have a politics is not to claim that the work of professors is nothing but politics, in the sense of proselytizing. Quality research and reasoned argument are important, but the value of our work is heightened, not diminished, when the political nature of that work is understood and acknowledged.

That’s as true of those who accept the status quo as those who challenge it. The issue is not whether teaching reflects political judgments, but whether one can defend those judgments on intellectual grounds. There may be no final consensus among faculty members on how a course should be structured or taught, but we faculty members can collectively sharpen our understanding and improve our practice by discussing these matters.

In that discussion, it is absurd for one side to claim it speaks from a neutral position, outside or above politics. In its final “depoliticize history” recommendation, the NAS report argues:

The root of the problem is that colleges and universities have drifted from their main mission. They and particular programs within them, increasingly think of themselves as responsible for reforming American society and curing it of prejudice and bigotry. When universities and university programs consider it necessary to atone for, and help erase, oppressions of the past; one way in which they do so is by depicting history as primarily a struggle of the downtrodden against rooted injustice. This pedagogical conception may be well-intended, but it is also a limited and partisan one, and history teaching should not allow itself to become imprisoned within a narrow interpretation. A depoliticized history would provide a comprehensive interpretation of American history that does not shortchange students by denying them exposure to intellectual, political, religious, diplomatic, military, and economic historical themes.

And what of the politics of this “depoliticized history”? Apparently, the political goal of the NAS to escape the prison of the narrow interpretation is not political. Or maybe it’s a political judgment in the service of transcending politics. Or maybe it just doesn’t make any sense to take a partisan position and claim that one isn’t partisan.

The dominance of race, class, and gender themes in history curricula came about through disciplinary mission creep. Historians and professors of United States history should return to their primary task: handing down the American story, as a whole, to future generations.

It would be interesting to find how the report’s authors came to understand the “disciplinary mission” of history (maybe it was revealed to them in a vision), but -- sorry to have to repeat myself -- any description of the mission of history has an underlying politics.

I don’t know if NAS scholars actually believe there is an “American story” that can be told from a neutral point of view, or whether this is merely a cynical debating tactic. But if we are going to address the very real problems facing the contemporary university, attempts at imposing ideology by claiming to be beyond ideology aren’t likely to help clarify problems or help generate solutions.