The Perils of a Brokered Convention 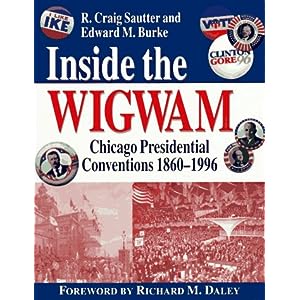 Mitt Romney has pulled ahead of his opponents in the last round of primaries, but both Rick Santorum and Newt Gingrich appear to be prepared to slug it out all the way to the convention. The history of U.S. presidential conventions is littered with corpses of popular candidates who came close, but fell heartbreakingly short of the number of delegates needed to win their party’s nomination. Many of their hopes were dashed in their party’s credentials committee. Still others have faded in prolonged stalemates.

At the Tenth National Democratic Convention in 1868 held in New York’s Tammany Hall, for example, a 21-ballot deadlock between Ohio congressman George H. Pendleton, Indiana senator Thomas A. Hendricks, and General Winfield Scott Hancock of Pennsylvania, and others, resulted in the party turning to the convention president, former New York governor Horatio Seymour, on the twenty-second ballot. Rumors of Tammany’s untoward influence and money circulated for years thereafter, which kept the Democratic convention away from New York City for over fifty years.

At the Seventh Republican National Convention in 1880, held in Chicago, an attempt to give President Ulysses S. Grant a third term was blunted by party reformers led by supporters of Maine Senator James G. Blaine, former Secretary of the Treasury John Sherman, and others. It took forty-nine ballots before the frustrated convention turned to its chairman, Ohio senator James A. Garfield, who loudly protested the move since he was pledged to his friend Sherman.

One of the most famous credentials committee fights split the 1912 Republican Party and gave the national election to the Democrats. Former president Theodore Roosevelt, seeking a third term, won a string of the twelve primaries that year, taking the popular vote by two to one. Roosevelt even beat the sitting president, William Howard Taft, in his home state of Ohio.

Roosevelt and Taft also split state party conventions that sent delegates to the national convention. The bloody state contest in Missouri was dubbed the “ball bat convention.” In Oklahoma, two hundred Roosevelt men took over their state convention by force. One participant died in the turmoil. Two rival conventions sent delegates from Michigan. They all appeared that summer before the credentials committee at the Fifteenth Republican National Convention in Chicago.

But in dispute after dispute, the credentials committee, brokered by the national party, ruled in favor of President Taft. Party leaders thought Roosevelt had become power hungry and out of control. Roosevelt roared from the balcony of Chicago’s Congress Hotel that the credentials committee’s actions were “a fraud as vulgar, as brazen, and as cynically open as ever committed by the Tweed regime in New York….” Roosevelt and his delegates “bolted” from the 1912 convention to form the “Bull Moose” Progressives. The Republican Party split, resulting in the election of Democrat Woodrow Wilson, the governor of New Jersey, in November. Roosevelt and his Bull Moose Party won more popular and electoral votes than Taft.

In 1920, Republicans in Chicago turned to Ohio senator Warren G. Harding on the tenth ballot, after a heated standoff between progressive Senator Hiram W. Johnson of California; Frank O. Lowden, the governor of Illinois; and General Leonard Wood, carrying on the legacy of Teddy Roosevelt who had died a year earlier and had been expected to be the nominee. It was another classic “brokered” convention, allegedly manipulated by a “senatorial cabal,” who the night before had been playing cards with Harding in the “smoke-filled” rooms of the Blackstone Hotel. Once the delegates got wind of how they had been “manipulated,” they stood their ground when it came to the vice presidency and selected a wild card, Governor Calvin Coolidge of Massachusetts.

The most famous standoff in the Democratic Party history took place at the Twenty-Fourth Democratic National Convention held in 1924 at the second Madison Square Garden, on Madison Avenue and 26th Street. That year, New York’s popular governor, Alfred Emanuel Smith, battled Woodrow Wilson’s son-in-law, Senator William Gibbs McAdoo of California, the pre-convention favorite. Neither side yielded for 102 ballots. The party’s archaic two-thirds nominating rule made it impossible for either candidate to win. On the 103rd ballot, a compromise was found in John W. Davis of West Virginia, a Wall Street lawyer who had served as Ambassador to Great Britain.

The exhausting sixteen-day convention, followed closely by voters on new coast-to-coast radio networks, led to overexposure. (For instance, Democrats defeated by one vote a platform proposal to denounce the Ku Klux Klan “by name.” That victorious faction opposed Smith, who was a Catholic.) In November, Democrats suffered the consequences, finishing second to the accidental president, Calvin Coolidge, who was left to defend the deceased Warren G. Harding’s Tea Pot Dome scandal. Progressive Party candidate Robert LaFollette, Jr. pulled in 16.6 percent of the popular vote.

Another decisive credentials committee showdown played out before the first coast-to-coast TV audience watching the 1952 Republican National Convention in Chicago. Ohio Senator Robert Alphonso Taft, “Mr. Republican,” was son of President Taft and the party’s isolationist darling. He had defeated the Supreme Commander of Allied Forces in World War II, Dwight David Eisenhower, of Kansas, in several Republican primaries, and held about a 100-delegate lead before the Texas state convention.

But in the Texas caucuses leading up to the state convention, Eisenhower’s  operatives organized thousands of independents and Democrats to cross over and vote for the general. However, they were disqualified at the state convention. State party leaders ruled that the Republican nominating processes had been subverted. Eisenhower protested, “the rustlers stole the Texas birthright….”

At the Chicago convention, Eisenhower’s managers called for a floor vote on a “Fair Play Amendment” they devised to prevent the credentials committee from ruling in Taft’s favor on delegates in Texas, Louisiana and Georgia. TV viewers were treated to fist fights on the convention floor as the Fair Play Amendment narrowly won and Taft lost. Eisenhower was popular enough to survive party defections in November. But the split between Republican conservatives and moderates reverberates to this day.

In 2012, there remains a remote possibility that Mitt Romney will not gain a majority of elected delegates before they arrive at this summer’s Republican National Convention in Tampa. And once again the credentials committee could play a key role by deciding challenges on how delegates are awarded in various states. In the case of an inconclusive first ballot, most delegates will be freed to vote for whomever they feel would carry on the best campaign against President Obama.

Before the primary system became the dominant path to nomination, most delegates to the national convention were simply loyal members of the party rewarded with a junket to a far-off city. They would readily switch their vote when ordered by state leaders or in exchange for some particular inducement. But now, most delegates have been slated by the candidates themselves and elected with that candidate’s victory as their primary purpose. Many are more loyal to the candidate than to the party. So they are much less likely to switch after a single ballot or even several ballots. The idea that some secret power center will “broker” an outcome this time is unlikely. Rather, candidates on the losing end, in this case Ron Paul or Newt Gingrich, would hold the balance of power and could be convinced to trade their delegates for possible Cabinet or policy concessions.

I doubt it will come to this, since momentum has already shifted to Romney and the party faithful are getting more than restless with this prolonged and contentious primary contest. More likely, Republican voters in the later primaries will shift their attention to November and go with the apparent winner, Romney. Further speculation about another “brokered” convention will have to wait at least four more years.