David P. Barash is professor of psychology emeritus at the University of Washington. His latest book is Threats: Intimidation and its Discontents (2020, Oxford University Press). 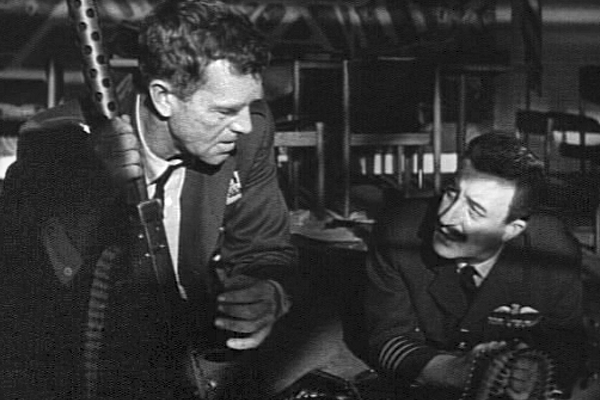 An ancient dilemma faced by leaders throughout history has been how to prevent — deter — attacks on their realm from outside (invasions) or from inside (rebellions). And an ancient answer, albeit not the only one, has been to threaten that any such perpetrators will be punished.  The most prominent alternative has been attempted deterrence by denial, which has experienced mixed success, from the Great Wall of China to the Maginot Line of 20th century France.

Deterrence by punishment gets particular attention, not only because it underlies nuclear deterrence (there being no effective deterrence by defense), but because its consequences have been so horrific. Some of the most riveting accounts of murderous cruelty come down to us from Bronze Age kings, who famously flayed their opponents and made mountains out of human skulls, often as a “lesson” to would-be opponents.

A more recent but nonetheless hair-raising statement of this perspective came from Sir John Fisher, First Sea Lord, Admiral of the Fleet, and widely regarded as the most important British naval figure after Horatio Nelson. Speaking as the British naval delegate to the First Hague Peace Conference in 1899, Fisher emphasized that deterrence by punishment is likely to be effective in proportion as the threatener has a fearsome reputation:

“If you rub it in both at home and abroad that you are ready for instant war . . . and intend to be first in and hit your enemy in the belly and kick him when he is down and boil your prisoners in oil (if you take any), and torture his women and children, then people will keep clear of you.”

Connoisseurs of deterrence by punishment have long struggled with how to make the concept work, challenged not only by a desire to be something less than incorrigibly bloodthirsty, but also — especially in the Nuclear Age — deeply worried about how to make an incredible threat credible. Here is one of the more intriguing and incredibly dangerous “solutions.”

Even if you’re not a mountain climber, imagine for a moment that you are. Moreover, you’re roped to another climber, both of you standing by the edge of a crevasse. You’re having a heated argument, trying to get the other to do something that she doesn’t want to do — or alternatively, trying to get her to keep from doing something that she wants to do. The details don’t matter; what does matter is that the two of you disagree, strongly, about what should happen next.

How can you get your partner/opponent to bend to your will?

This sets the stage for an imaginary situation developed by the late Thomas C. Schelling, one of the leading theoreticians of nuclear deterrence and co-recipient of the 2005 Nobel Prize in economics. In his book, Arms and Influence, Schelling used a mountaineering model to explain what he called the “threat that leaves something to chance.” He proposed it as a way to get around the problem of credibility when it comes to the use of nuclear weapons. It is a very big dilemma, one that has bedeviled nuclear strategists for decades and that despite efforts by the best and brightest (including Schelling) remains unsolved to this day.

When it comes to nuclear deterrence, the credibility gap is easy to state, impossible to surmount: Nuclear weapons are so destructive and their use is so likely to lead to uncontrollable escalation and thus, to unacceptable consequences for all sides, that the threat to use them is inherently incredible. And this, in turn, presents an immense difficulty for strategists hoping to use the threat of nuclear war as a way of either coercing another side to do something they’d rather not (say, withdraw from a disputed region), or to refrain from doing something that they might otherwise do (e.g., attack the would-be deterrer). So, let’s return to those disputatious climbers.

If you simply announce your demand, the other might well reject it. What, then, might you do if you really, really want to get your way? You could threaten to jump, in which case both of you would die; remember, you’re roped together. Because of its suicidal component, however, such a threat would lack credibility, so the other person might well refuse to take it seriously. But suppose you move right to the edge, becoming not only more insistent but also increasingly erratic in your movements.

What if you start leaping up and down, or shuffling your feet wildly? Your credibility would be enhanced, not because falling in would then be any less disastrous, but because by increasing the prospect of shared calamity, emphasizing your threat by adding a soupçon of potentially lethal unpredictability over which you have no control, your literal brink­manship just might kill both of you, not on purpose, because as we already saw, that threat would lack credibility. But rather because chance factors — a sudden loss of bal­ance, a gust of wind — might do what prudence would otherwise resist. Thus, according to Schelling, unpredictability — leaving something, somewhat, to chance — would surmount the problem of incredibility. This terrifying loss of control wouldn’t be a bug, but a feature.

In the world of nuclear strategy, the problem of credibility is like that of an adult, trying to deal with a child who refuses to eat her vegetables; the frustrated parent might threaten “Eat your spinach or I’ll blow up the house.” (Don’t try this at home; first of all, it probably won’t work.) Or consider a police officer, armed with a backpack nuclear weapon, who confronts a bank robber by demanding “Stop, in the name of the law, or I’ll blow up you, me, and the whole city.” It’s what led a NATO general to complain during the Cold War, when the West’s nuclear weapons were deployed to deter the Red Army from over-running Europe, that “German towns are only two kilotons apart.” And what led to interest in neutron bombs (designed to kill troops but leave buildings intact), as well as in doctrines (“limited nuclear war-fighting”) and devices (battlefield nuclear weapons), designed to be usable and thus, credible.

But the downside of dancing on the edge of a crevasse in order to make your threat credible by leaving it somewhat to chance, is that, well, it leaves that thing — and a rather important one at that — to chance! By the same token, making nuclear deterrence more credible by deploying weapons that because of their size and ease of employment are more usable means that they must in fact be more usable, a paradoxical situation for weapons whose ostensible sole purpose is to make sure that they won’t be used!

In an earlier book, The Strategy of Conflict, Schelling had discussed the means whereby one side might coerce another, despite the fact that it cannot credibly threaten nuclear war, by employing “the deliberate creation of a recognizable risk of war, a risk that one does not completely control, deliberately letting the situation get somewhat out of hand . . . harassing and intimidating an adversary by exposing him to a shared risk.”

Schelling’s hair-raising mountain metaphor may have been inspired by the word “brinkmanship,” which seems to have been first used by Democratic Party presidential candidate Adlai Stevenson, who, at a campaign event in 1956, criticized Republican Secretary of State John Foster Dulles for “boasting of his brinkmanship — the art of bringing us to the edge of the nuclear abyss.”  At about this time, Henry Kissinger (then a little known university professor) began developing both the notion of “limited nuclear war” as a way of circumventing the credibility problem, and the concept of the “security dilemma,” in which “the desire of one power for absolute security means absolute insecurity for all the others.”

The idea of security dilemmas has typically been applied to the problem of recipro­cal arms races, whereby a country’s effort to counter a perceived military threat by building up its arsenal results in its rival feeling threatened, which leads that rival, in turn, to build up its arsenal — and so on. As a result, both sides end up less secure than they were before. Brinkmanship, à la Dulles and Schelling, introduces yet another dilemma: when a lack of credibility leads to various stratagems intended to enhance credibility, they may well succeed in doing so, but in the process reduce security on all sides.

So, the next time you find yourself tethered to an adversary at the edge of a crevasse — whether in a thought experiment or reality —  you might want to recall the advice offered by the super-computer in the 1980s movie, WarGames: “the only winning move is not to play.”