Blogs > Ronald L. Feinman > Who Deserves the Credit for a Good Economy?

Who Deserves the Credit for a Good Economy? 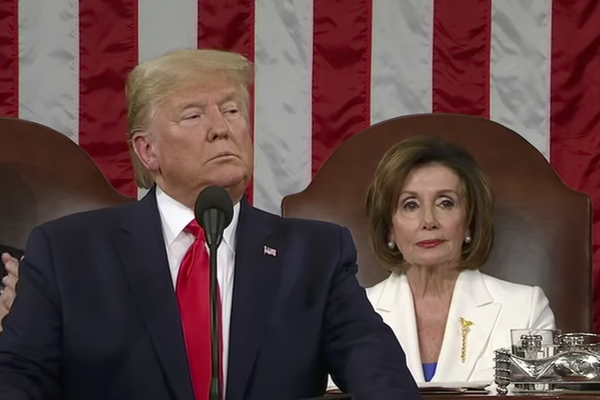 In the State of the Union speech, President Donald Trump emphasized the strength of the American economy and took credit for an economic boom. As this claim will likely dominate Trump’s reelection campaign, it’s valuable to examine the last 50 years of presidential and economic history.

The long economic expansion of the 1960s under Democrats John F. Kennedy and Lyndon B. Johnson ended in 1969 during the Nixon Administration, with a nearly year long recession until late 1970, followed by a longer recession under Nixon and Ford from late 1973 to early 1975. It was directly caused by the Arab Oil Embargo, after the Yom Kippur War between Egypt and Israel in October 1973, and caused high inflation as well as rising unemployment.

The short recession of the first half of 1980 under Democrat Jimmy Carter was also related to the second Arab Oil Embargo, which led to high inflation in 1979 and 1980, as in 1974-1975,  with both recessions and inflationary spirals major factors in the electoral defeats of Ford in 1976 and Carter in 1980.  Of course, Ford was also harmed by the pardoning of Richard Nixon and Carter was unpopular for his handling of the Iranian Hostage Crisis and the Soviet invasion of Afghanistan in the year before his reelection campaign.

In the Reagan Presidency, a more serious recession occurred, leading to the highest unemployment rate since 1939, provoked by the Federal Reserve’s effort to rein in the high inflation that still existed after Carter lost reelection.  Fortunately for Reagan, the recovery that came about in 1983-1984 led to a landslide reelection victory in 1984.

During the first Bush Presidency, a recession occurred in the last half of 1990 into early 1991, caused by the tough economic restraints of the Federal Reserve and the effects of the Tax Reform Act of 1986 on real estate. This led to a lingering high unemployment rate.  Despite many people’s approval of Bush’s handling of the Gulf War, the troubles in the economy plus the independent candidacy of H. Ross Perot in 1992 influenced Bush’s 1992 loss.

During the administration of George W. Bush, two recessions occurred. The first lasted from March to November 2001 and was caused by the dotcom bubble, accounting scandals at major corporations, and the effects of the September 11 attacks. The economy quickly bounced back and Bush won reelection in 2004.

However, a much more serious economic downturn called “The Great Recession” took effect from December 2007 to June 2009 and was caused by a major housing bubble. This hurt John McCain’s presidential campaign in 2008 as many people wanted a change in leadership.  This economic collapse was worse than the Ford or Reagan recessions in its long-term effects, and it posed a major challenge for Barack Obama as he entered office with the worst economy of any president since Franklin D. Roosevelt in 1933.

Clearly, Donald Trump has benefited from what is now the longest economic expansion in American history. The unemployment rate has dropped to as low as 3.4 percent. The question that lingers is who deserves the credit? Much of the hard work that created economic recovery came under Obama’s administration, and is simply continuing for now under Trump, which may benefit him in November 2020.