My Life with Books 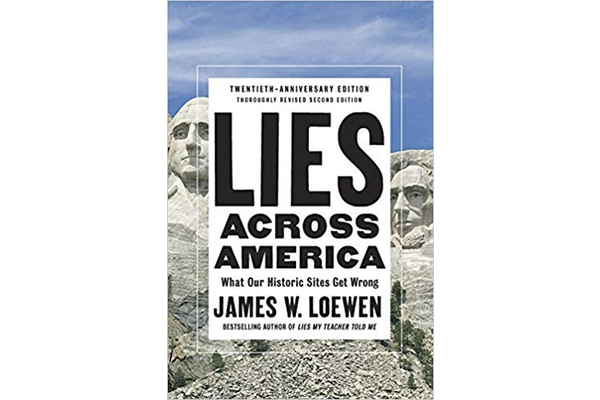 Recently, Shelf Awareness, an interesting website new to me, interviewed me, mostly about books that have had an impact on my thinking. The conversation was intelligent (at least on their part), and they published it today, https://www.shelf-awareness.com/issue.html?issue=3588#m45942.

Since I seem to have moved to the memoir phase of life, I was happy to participate, and I offer the result to you below. Slightly altered, to become an essay, I think it works well.

What’s on your nightstand now?

For years I have been reading a fine dystopian fictional "history of the future," the well-known Cloud Atlas by David Mitchell. It's traveled with me to Egypt, the Azores, the Bahamas, all the countries on the Rhine (yes, I took that cruise), Iceland, and at least 20 states! My problem is, when I read in bed, I fall asleep immediately. That's not Mitchell's fault.

Favorite book when you were a child:

I must admit, it was the Dr. Dolittle series. Although I have not looked at them since attaining adulthood, I'm sure they were racist, even colonialist, since a white doctor knew just what to do with and for the animals and people in Africa. That I didn't think about such things probably made their impact all the more insidious, but still, I devoured the books.

Mark Twain. He's the only humorist from so many generations ago who is still consistently funny when reread today. And he can be deep, too.

William Faulkner. Yes, I went through my Faulkner period, and though I haven't reread him in years, I'm still happy to remember many passages, both for his values and his prose style.

Walt Whitman. As Stephen Vincent Benét put it, in "Ode to Walt Whitman," "You're still the giant lode we quarry/ For gold, fools' gold, and all the earthy metals,/ The matchless mine."

Vine Deloria. Being Native American, his worldview is different, but he makes it accessible to all.

Edna St. Vincent Millay. Perhaps my mom's favorite poet, she became one of mine too, especially her sonnets that sing of love and lament its loss.

Did you ever fake reading a book?

Yes, György Lukács, History and Class Consciousness. In grad school at Harvard in 1966, I took Barrington Moore's famously difficult course in social theory. Moore taught by the Socratic method, and when he queried you, you'd best be prepared. The time came to study Lukács, but his book was translated into English only in 1971. We were to read chapter 1 of Geschichte und Klassenbewusstsein in German. Supposedly I knew German, having taken two years in high school and two in college and then having scored 720 on the SAT German test. Actually, I knew better. I spent the next afternoon trying to read Lukács. After five hours, I had translated a page and a half. Doing the math, I realized that the whole chapter would take me another 70 hours! I had four other courses! So, when the seminar reassembled a week later, I hunkered down behind the guy in front of me, avoided eye contact with Moore, and thus avoided making a fool of myself about a book I'd not read.

Even after the translation came out, I never read the book. Ironically, reading aboutit while preparing this answer, I now realize I probably would have enjoyed it and learned from it. Sigh.

Book you're an evangelist for:

The only historical novel I recommend without reservation: Okla Hannali by R.A. Lafferty. Even though by a white author, I credit it as a Choctaw history of the 19th century, in the form of a biography of a fictional Choctaw leader who was born in Mississippi around 1801 and died in Oklahoma in 1900. I realize such a statement creates all sorts of problems for me--expropriation of Native knowledge, white arrogance, etc. My only defense is the work itself. I have no idea how Lafferty, otherwise known for science fiction, learned so much about Choctaws (and white folks), but every time I have checked out any fact inOkla Hannali, no matter how small, Lafferty got it right. And what a read! Only a little over 200 pages long, but an epic, nevertheless. 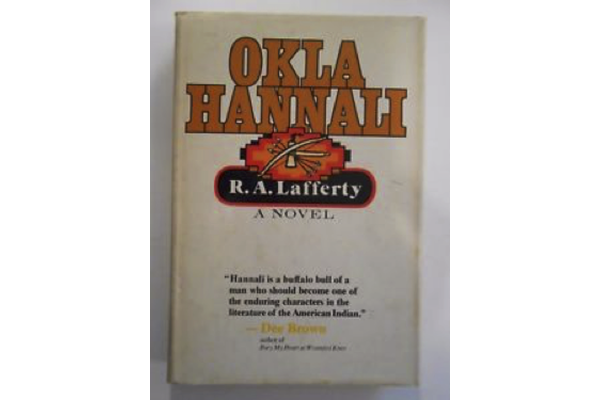 Book you should have hidden from your children:

Thomas Berger's Regiment of Women. I read it when it came out (1973) and enjoyed it. It seemed to me to be a pioneering feminist book and funny as hell. Then my son read it, followed by my daughter. Conversation with them reminded me that the book also contained seriously awry sex scenes that perhaps should not be read by kids age 13 and 11, especially when their mother sought to use any excuse to deny me contact with them. Luckily no complications ensued, either legal or psychological, so far as I know.

Book that changed your life:

Let Us Now Praise Famous Men by James Agee, photos by Walker Evans. Agee's nakedly emotional prose helped me feel what sociologists helped me understand: most poor people are not to be blamed for their poverty. As Agee put it, in the voice of his white sharecropper subjects: "How were we trapped?"

Favorite line from a book:

As I confront the end of my own life: "Come, lovely and soothing death, Undulate round the world, serenely arriving, arriving..." in "When Lilacs Last in the Dooryard Bloom'd," from Leaves of Grassby Walt Whitman.

Leaves of Grass
Millay, Collected Poems
Okla Hannali
Let Us Now Praise Famous Men
Louis Untermeyer, ed., Modern American Poetry; Mid-Century Edition. This collection contains many poems that have meant a lot to me, from Whitman and Dickinson down to Langston Hughes and Kenneth Patchen.

Book you most want to read again for the first time:

T-Model Tommy and other books from my childhood. Not Dolittle, though.

Book that played a crucial role in resolving a family disagreement:

Thorstein Veblen's classic The Theory of the Leisure Class. The occasion was a serious conversation my Dad initiated during my sophomore year of college. He was upset that I had changed my major from chemistry to sociology. He confronted me with a challenge: "Just name me one person who ever graduated from Carleton College and made a name for himself in sociology." I was about to reply, "Just name me one person who graduated from Carleton and made a name in anything," but I knew he would come up with some Mayo Clinic doctor who was arguably well-known. Suddenly it came to me: in its 99 years, Carleton College had produced just one truly well-known person, famous for his book, The Theory of the Leisure Class. "Thorstein Veblen," I crowed triumphantly. He was silent.

Let me add, The Theory of the Leisure Class deserves its fame. It is as relevant today as when it came out in 1899. It explains how we model our behavior and our standards of success--even of morality--on the class next above us in social structure, all the way up to "the wealthy leisure class," his name for what we call the 1%. One chapter, "Devout Observances," also contains a new and even hilarious sociology of religion. If you aren't motivated to go read Lies Across America to understand how Americans misconceive the social world (a grievous mistake!), then can I persuade you to read Veblen?