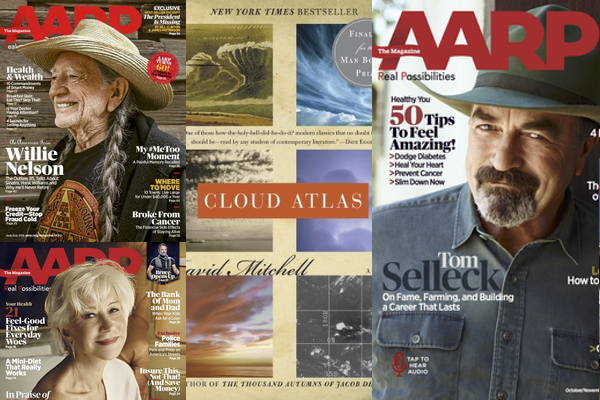 James W. Loewen is a sociologist.  The New Press recently brought out new paperbacks of Loewen's bestseller, Lies My Teacher Told Me, and Sundown Towns, about places that were/are all-white on purpose.

You're going to hand over your paper bills. At least most of us will.

After all, the paper bills depend upon the backing of the government. The gold coins have intrinsic value. If North Korea or an ISIS terrorist sets off a nuclear bomb in D.C., where I live, I can escape in my car, camp out in southern Pennsylvania, and maybe trade a gold coin for some bread and cheese from the nearest Amish farmer. Even without the threat of societal breakdown, the gold coins also look nice, so I derive pleasure from merely owning them. From the paper, not so much.

As a result, gold coins don't work as currency. People don't exchange them. They hoard them. By definition, "currency" is "a medium of exchange." Bad money has driven out good.

So it goes with reading, at least for me. My current fiction read is Cloud Atlas, a complex remarkable novel by David Mitchell that takes place in 1841, 1931, more-or-less the present, and several future eras. I recommend it to you.

I've been reading it for years. First, I used it as bedtime reading. This didn't work, because to the annoyance of my spouse, I fall asleep within 30 seconds of opening it. Then I switched to taking it on trips with me.

Cloud Atlas has now been to, in chronological order, West Virginia, Indiana, Colorado, Montana, Minnesota, Georgia, California, Wisconsin, Philadelphia, New York City, Switzerland-to-Amsterdam on the Rhine, the United Kingdom, the Bahamas, New York City again, Vermont (twice), and Massachusetts (three times). A year ago it visited the Azores (which were excellent, by the way). This past April, it went down the Nile (a bucket-list trip, fascinating in many ways). Just last month, it ventured to Portland, Oregon, and then to Minnesota. Still, I didn't finish it.

What is going on?

It's Gresham's Law of Reading. Bad reading drives out good.

Specifically, it's the newspaper, in my case, the Washington Post. It's Time, Smithsonian, and Multicultural Perspectives. It's The National Museum of the American Indian. (Yes, that's a magazine as well as the institution that puts it out.) God help me, it's AARP the Magazine and whatever the magazine is called that AAA sends me. I am always behind on reading them, so I always pack a stack of them on my trips. Since I don't want to bring them back home, I always read them first, so I can throw them out. Consequently I rarely get to the gold.

This pattern does have one payoff: I do catch up on my magazines. This saves me from the fate of a Time subscriber whose letter I still recall from about 1952, when I was ten years old, reading my father's magazine. From memory, it went,

I really like your magazine. You're doing a fine job. However, it is too much material for me. I file each new issue on my bookshelf on the right, and I read them from the left. Right now I'm in the middle of 1943, and I can't wait to see how it all turns out!

On my last day on earth, however, I shall be sad if I have not finished Cloud Atlas. I doubt I'll lament not having finished the latest AARP.

Could this perhaps be a metaphor? On that day, might I also be sad, not having taken care of the important things — the gold — while wasting my time on tasks that have currency, but no real value?